State governments have mainly reacted to COVID-19 within their own borders. Their actions have routinely been accompanied by an emphasis on the protection of the nation and the national collective. However, as Marnie Howlett (LSE) argues, the non-discriminate nature of COVID-19, like any biological organism, underscores that the legal boundaries which demarcate states are social constructs that cannot compete against the forces of nature.

“Why do Chinese eat bats?” casually asked a seven-year-old from his third-floor apartment window as I stood on the road below. In addition to this question, the young child had fired off about twenty others to my friend and I as we had stopped on our socially-distanced walk to say hello. Of his queries, this particular one was equally as innocent as it was loaded. From his window in a London housing complex, the young Middle Eastern child unintentionally and naively highlighted the interconnectedness of the world, the global nature of the COVID-19 pandemic, and the lack of an effective international response. Even more importantly, though, he spoke to the ‘Othering’ present in the discourses around coronavirus, also replicated in the unilateral approaches governments worldwide have taken to combat the disease, which overlook the fact that the virus is not only a national issue but a matter of bio-geo-politics.

Since the Peace of Westphalia of 1648, the global order has been organized into the sovereign state system, wherein each government has jurisdiction over the people and territory it seeks to govern. Whilst inter-governmental institutions have been established to address political issues stemming beyond territorial borders, these attempts at global cooperation and governance have historically fallen short when faced with turbulence in the international system. A vibrant example is the League of Nations, which failed at its single aim. Its successor, the United Nations, once offered much hope for global solidarity, but the absence of a substantial and effective response by the Security Council to the Covid-19 pandemic reveals a similar trend in again juxtaposing the organization’s overall mission.

Without, or perhaps instead of, a coordinated international approach, state governments have reacted to the spread of the virus within their own borders by enforcing strict social distancing and lockdown measures. Such actions by political leaders have routinely been accompanied by an emphasis on the protection of the nation and the national collective. In a speech made in mid-March to outline Canada’s approach, for example, prime minister Justin Trudeau stressed how Canadians will be safeguarded from Covid-19 by stating, “we (Canadians) have outstanding public health authorities who are doing an outstanding job. We will get through this together.” Boris Johnson offered a similar message of national unity to his electorate on May 10 by utilizing war-related syntax and rhetoric to depict the “devotion,” “bravery,” and “self-sacrifice” of Britons in ensuring that “we (the United Kingdom) can be stronger and better than ever before.” In New Zealand—a state globally praised for its effective approach in defeating the virus—Jacinda Ardern also emphasized the nation when imposing the country’s lockdown on March 25 by asserting that “we (New Zealanders) are all now putting each other first. And that is what we as a nation do so well.”

In an attempt to secure the national ‘we’ and generate a collective response across their countries, these leaders, amongst many others worldwide, have evidently turned their attention inwards using nationalistic rhetoric, and even state coercion, to appeal to their citizens’ feelings and emotions—a reality which may actually lead to increasingly new and inconsistent socio-economic challenges across states. Though a controversial figure, Friedrich Ratzel’s 1897 argument that states behave like organisms which expand when they are healthy and contract when they are sick thus seems particularly relevant in the age of COVID-19 in both a literal and metaphorical sense (although ‘expansion’ can be now understood in terms of policy positions rather than in territorial claims).

But while the notion of sovereignty has allowed national governments to swiftly ‘contract’—or transition their resources away from the global and towards the national—the non-discriminate nature of COVID-19, like any biological organism, underscores that the legal boundaries which have demarcated states’ territories since 1648 are social constructs that cannot compete against the forces of nature (paradoxically, many of the world’s borders have actually been drawn because of natural geography). The progression of globalization through trade, travel, and knowledge sharing (including science and technology), especially in the last few decades, has also exponentially increased humanity’s interconnectedness irrespective of geographic location, as has also been demonstrated by the virus’ spread.

The nationalistic stances taken by states thus very much counter the interdependency narrative associated with the pre-COVID-19 global order. While calls have been made for a coordinated international response, the lack of superseding frameworks (in addition to the politics around funding) has left any efforts by inter-governmental institutions relatively futile and merely advisory, including the World Health Organization, even though the organization’s primary objective is to lead global health responses. It is therefore perplexing, yet perhaps unsurprising, that the exclusive G20 has been emphasized by some Western spokespersons as being the necessary leaders of an international taskforce, rather than the largest intergovernmental organization whose central purpose is, in essence, to maintain international peace and security through cooperation.

Though the role and relevance of the United Nations is an entirely different debate, the individual responses by governments to protect their nations (and the lack thereof by intergovernmental institutions to protect the international) suggest that coronavirus has actually highlighted weaknesses in the contemporary global system. After decades of increased interdependency and globalization, the world has indeed been enriched unlike ever before but, concurrently, has also become unprecedentedly delicate. Gross asymmetries in political, social, and economic power between, as well as within, states are only a few examples of such fragility, as outlined by Amartya Sen. In addition, greater connectivity has augmented the enormous, albeit often unrecognized, risk of a global catastrophe by increasing “fat-tailedness,” a statistical term for the unexpectedly thick ‘tail’ towards the edge of a distribution curve, which indicates the likelihood that extreme events will occur, such as financial crises and pandemics. Though the possibility of these inherently unquantifiable extreme events occurring are both unlikely and difficult to predict, COVID-19 now reinforces that the global community, whilst incredibly linked, was also collectively unprepared to address crises of this magnitude.

Though an age of fake news may make it seemingly easy to blame those outside the national ‘we’ for the global pandemic, COVID-19 is much more than a political issue. As the young child innocently reminded us all: it is a vibrant example of bio-geo-politics at play. While effectively combating an unprecedented crisis as significant as this pandemic is undoubtedly a difficult feat for national leaders, especially as it intersects with other global challenges like capitalism and climate change, it is for these same reasons that a unilateral approach in a time of such heightened interdependency and globalization will neither eradicate the virus nor revive the world economy. As such, the decisions of governments worldwide to elicit an emotive nationalistic response to an inter-national biological threat not only begs the question of efficacy, but of what global cooperation, governance, and connectivity might look like in a post-COVID-19 world.

This post represents the views of the authors and not those of the COVID-19 blog or LSE. Image by Howchou, CC Attribution 4.0 International. 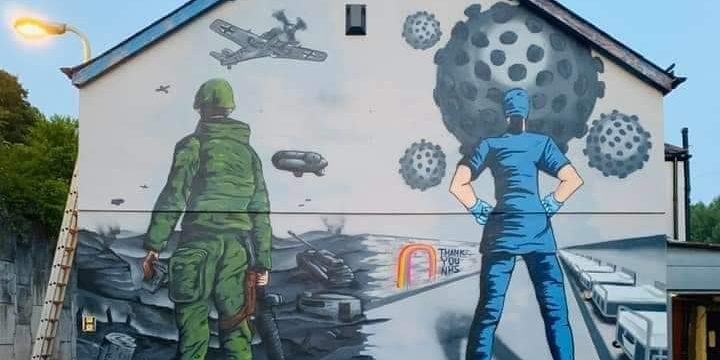 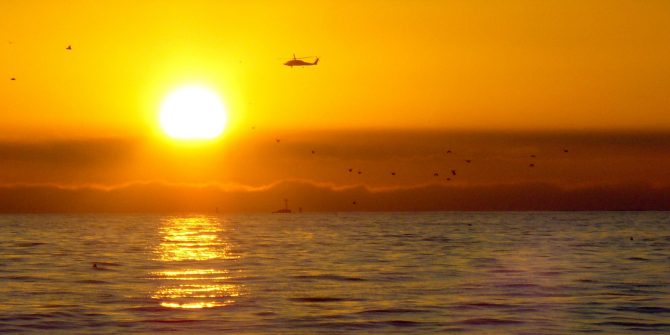 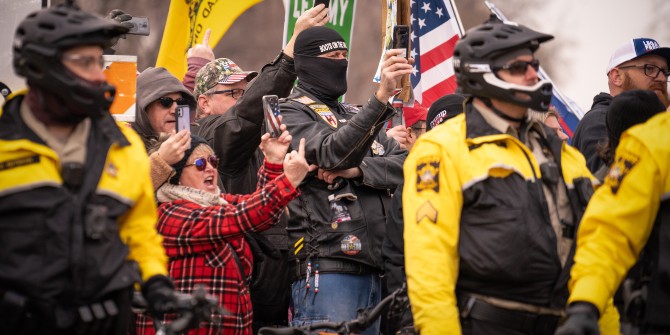