No two countries locked down in the same way. As cases begin to climb again in many countries, it is vital to consider whose proved the most effective. Lucy Thompson and George Wharton (LSE) set out new research by Theologos Dergiades (University of Macedonia), Costas Milas (University of Liverpool), Elias Mossialos (LSE) and Theodore Panagiotidis (University of Macedonia) on successful approaches, and explain the importance of easing lockdown measures gradually in order to prevent a further wave.

The Economist described China’s 90% economy as “better than a severe lockdown but far from normal”, and likely to have severe and lasting impacts on employment and livelihoods. Germany’s economy experienced its “worst month on record” at the height of the pandemic. In the UK, there are fears of an “incomplete V-shaped recovery” as social distancing rules curb economic activity and unemployment continues to rise.

Not all governments agreed on the number, scale and timeframe of interventions in the pandemic. However, it is widely recognised that the economic costs of lockdowns have been necessary in order to bring down infections and deaths. Now, as noted recently in Nature, “working out the effectiveness of the measures implemented worldwide to limit the coronavirus’s spread is now one of scientists’ most pressing questions”. At this stage, it is crucial to identify whose coronavirus strategies worked the best, as governments attempt to design strategies to return to a ‘new normal’ and, at the same time, prevent further waves of infection.

In a recent paper on the effectiveness of government policies in response to the pandemic, Elias Mossialos and his co-authors used daily data for 32 countries, relying on the stringency of lockdown policies, to assess the quantitative impact of government interventions on COVID-19 deaths. Can a prompt and strict government response curb the mortality curve of the epidemic? Does the severity of interventions affect the growth rate of deaths – and if so, by how much? And under uncontrolled pandemic conditions, can the shift to harsher measures lower the rise in deaths? 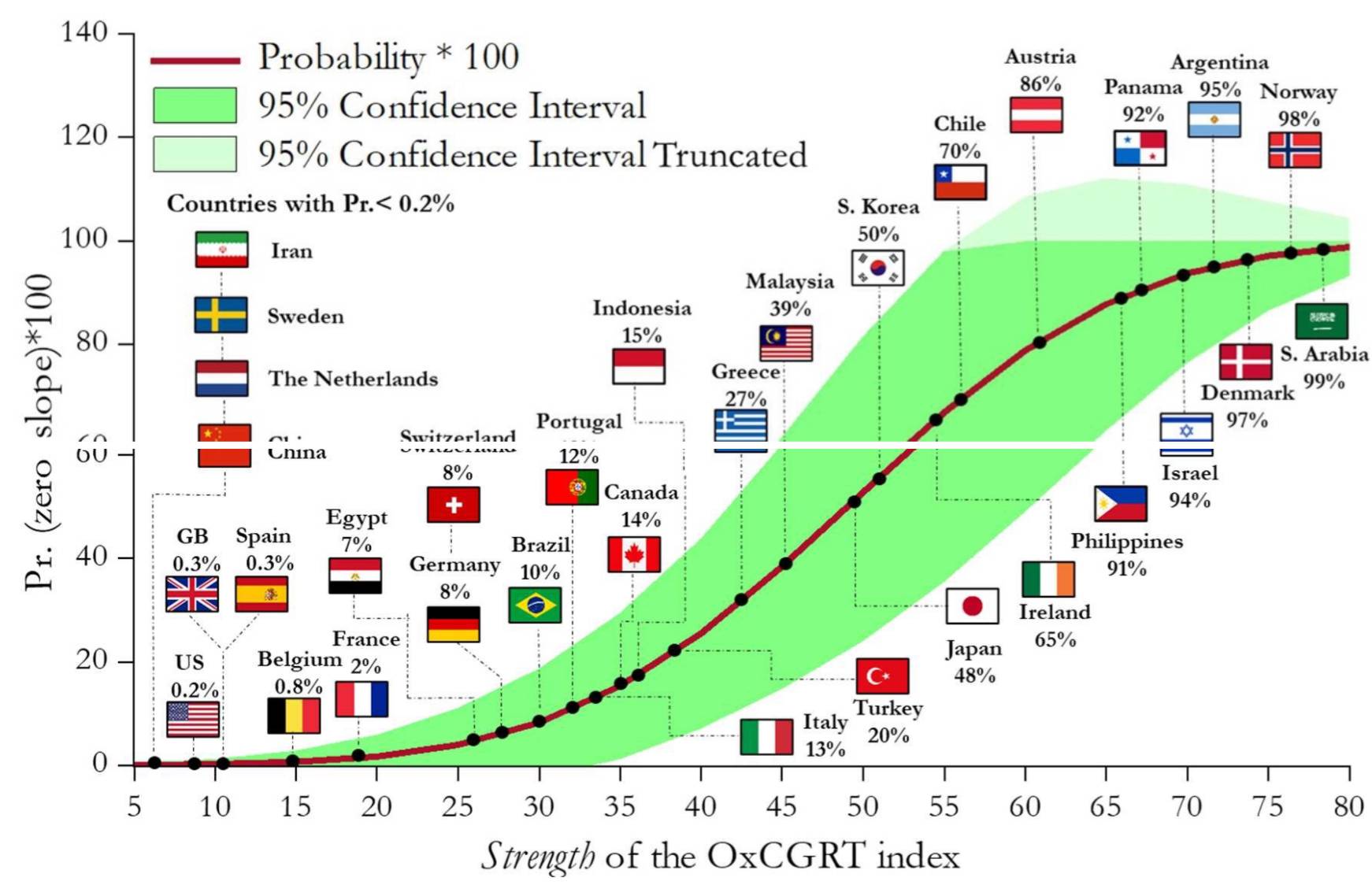 By exploiting the trend signals of the death series for 32 countries, we found that the stronger government interventions at an early stage were, the more effective they proved to be in slowing down or reversing the growth rate of deaths. There are several useful examples of government decisiveness in taking early action with combined interventions.

While its neighbour Brazil downplayed the crisis and has paid a heavy price, Argentina reacted swiftly to impose a national lockdown with a combination of intervention measures. Argentina also demonstrated tight co-ordination between central government and local governors and mayors, including the maintenance of a localised lockdown in Buenos Aires, where the infection rate is much higher, to curb the spread.

Denmark was also fast to enter a lockdown, and was the first country in Europe to reopen schools and smaller businesses without a subsequent rise in COVID-19 cases or deaths. With a population of only 5.8 million, the death rate in Denmark was around nine per 100,000 – less than most other European countries, including 36 in neighbouring Sweden, 33 in the Netherlands and 52 in both Britain and Italy.

The strength of early-stage interventions taken by Norway have also proven to be successful. Leading experts in epidemiology have said that a “Swedish solution in both Denmark and Norway would have brought the two countries closer to their maximum capacity”, resulting in up to three times more deaths in the countries.

In order to compare the benefits of single intervention measures with combination of measures, Mossialos’ paper took school closures as an example – an intervention that has been subject to media attention since a review published in April found that school closures in the UK were likely to have little impact on spread of coronavirus. While our findings suggest that school closures could reduce the growth rate of COVID-19 deaths, the results show, unsurprisingly, that single interventions are less powerful in driving deaths down than combined government interventions. Methods such as the closure of offices, restaurants and cafes, restriction of travel, isolation at home, and social distancing of the entire population are most effective when enforced in combination.

Since the beginning of this pandemic, experts in the LSE Department of Health Policy and beyond have written widely on the importance of making data, information, models, and policy-making processes available for scrutiny. This enhances trust and strengthens response to the pandemic. As parts of the world wake from lockdown, this transparency will be paramount to ensure global populations respect government guidelines.

Take Greece as an example. On 27 February the Greek government cancelled the annual carnival – only the day after the country’s first case was diagnosed in Thessaloniki. Less than two weeks later schools, bars, restaurants and shopping malls had been closed. But the transparent and regular messaging provided by the Greek government during its early introduction of physical distancing measures, for example, has shown that this can be effective in encouraging the public to trust and observe guidelines. The government quickly began daily TV broadcasts, warning citizens that the harsh measures were required to protect the weak healthcare system and to save lives, even if the economy was hit hard.

At the time this research was conducted, countries were considering ways to ease lockdown and reopen economies. Now, some governments face the challenges of further waves of infections and deaths as a result of progressively relaxed interventions and the coming of autumn. Governments must consider the epidemiological evidence and also take account of broader health, economic and policy implications, and ongoing analysis will be needed to demonstrate the success of early and combined interventions to address their new situations.

We advocate that future lockdown measures should be considered carefully and not be lifted all at once. Instead, there should be a stepwise approach that is constantly reviewed and evaluated, so the necessary adjustments can be made in a timely manner. Easing social distancing measures will most likely involve a process of trial and error, especially with growing evidence of new COVID-19 outbreaks emerging. There is no ‘one-size-fits-all’ strategy to end lockdowns, nor can the course of events be reliably predicted – the implementation of social distancing measures may be technically simple, but it is proven to be politically challenging. Responsiveness is vital.

Theologos Dergiades is an Assistant Professor in the Department of International and European Studies, University of Macedonia.

Costas Milas is Professor of Finance at the University of Liverpool Management School.

Theodore Panagiotidis is an Associate Professor in the Department of Economics, University of Macedonia

George A Wharton is a Senior Lecturer in Practice at the Department of Health Policy, LSE. 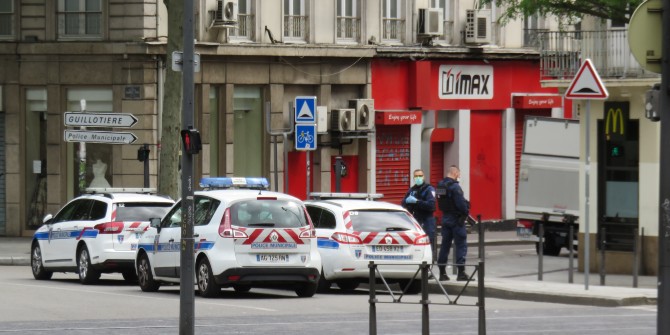 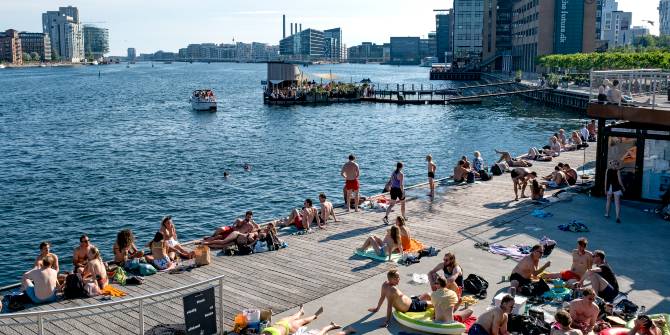 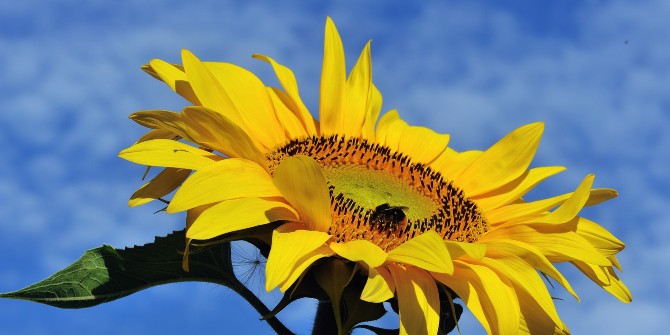 The dangers of single metric accounting in public policy