The first lockdown brought about a brief reduction in carbon emissions – but it didn’t last. Ric Williams (University of Liverpool) says that while the pandemic has taught us that drastic cuts in emissions are possible, we now need to take radical action to have any chance of reaching ‘net zero’ by 2050.

The three months following the first lockdown in March led to a 30% drop in the UK’s daily C02 emission levels, which would bring about a corresponding 11% drop in annual emissions. But the fall, as expected, has not been sustained. As lockdown measures eased and transport usage increased, CO2 emissions rose again. The World Meteorological Organization has described the drop as a ‘tiny blip’ and confirmed in November that climate heating gases had reached record levels in the atmosphere.

To avoid exceeding the 1.5C warming target set out by the Paris climate agreement, the UK must reduce its emissions by 3% per annum in order to reach its net zero ambition by 2050. This means that sustained and year-on-year action will be needed over the next 30 years.

Lockdown produced drastic changes in our collective behaviour. Carbon emissions linked to aviation have dropped by 90% and emissions from other forms of transport have been halved compared to pre-lockdown levels. Yet despite enforced social distancing and limited travel, 70% of our current CO2 emissions remained.

Why was this reduction so limited? The answer is simply due to how much our CO2 emissions are tied into how we produce energy and use it, both in industry and in the home. Indeed, the switch away from public transport and to private vehicles has probably exacerbated the problem. We are also spending more time at home, and domestic houses are often poorly insulated and rely on gas boilers for heat. But we can make more progress in reaching net zero if we:

• Reduce the demand for energy, and continue the expansion of renewable energy. We have already reduced carbon emissions in the UK by 40% since the 1990s by improving efficiency in energy generation, in large part due to the success of offshore wind and the renewable energy sector.
• Change how we heat our homes, making the transition from fossil fuels to electrification.
• Change how our transport system operates, expanding low-carbon means of travel by vastly increasing the use of electric vehicles and harnessing hydrogen-based technologies to power public transport.
• Develop ways of capturing CO2, whether that is from growing trees and enhancing green spaces or by developing chemical ways of utilising it.

How we restart our economies and the extent to which we follow net zero targets for carbon will be crucial as we move out of the COVID-19 crisis. It has shown that changes to our lifestyles are possible, and we do not always need to maintain the standard way of operating. Positives have emerged from the pandemic: we have adopted more flexible ways of working, experienced less air pollution, and become aware of the benefits of green spaces. COVID-19 has given us an opportunity to reset our priorities. But if we are to have any chance of meeting the Paris agreement, there must be systematic change in the way we produce and use energy in the UK.

The announcement of the UK government’s ten-point plan for a “green industrial revolution” in November 2020, which included a ban on the sale of new diesel and petrol cars after 2030, was a welcome signal of intent and represents a significant step in the right direction towards the UK meeting its net zero ambition. However, it is clear that the government’s economic support must go further if the UK is to meet its net zero target.

In May 2020, the European Commission made a commitment to spend almost of third of its €750 billion economic stimulus budget on aiding a green recovery from the pandemic. France and Germany have also since pledged around €30 billion and €50 billion respectively in additional support for investments in environmental projects and jobs. This is a level of economic support that goes much further than the £12 billion pledged by the government’s ten-point plan, of which two-thirds was found to be recycled from previous funding announcements, with just £3 billion of “brand-new investment”.

Whilst the scale of economic support provided in France and Germany clearly demonstrates that we need to be much bolder in how we plan for and invest in green technologies and jobs, the government’s ten-point vision provides an important launchpad for further investments which can unlock a sustained transition towards a low-carbon future for the UK. The Government’s announcement, made in early December 2020, of a new plan to reduce the UK’s greenhouse gas emissions by at least 68% by the end of the decade is very welcome. Making these goals a practical reality is the real challenge.

The COVID-19 pandemic has taught us many things about the environment and crises – not least that governments worldwide must tackle the climate emergency in a sustained manner if we are going to have any chance of succeeding.

For further information on this topic, see the Committee on Climate Change’s report, providing independent advice to the government on building a low carbon economy and preparing for climate change.

Professor Ric Williams is a Chair in Ocean Sciences at the University of Liverpool, conducting research on the ocean and the climate system. 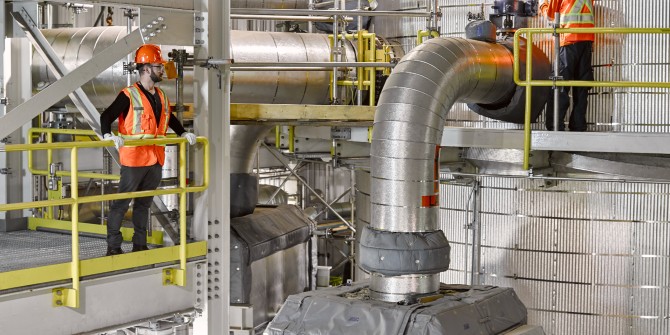 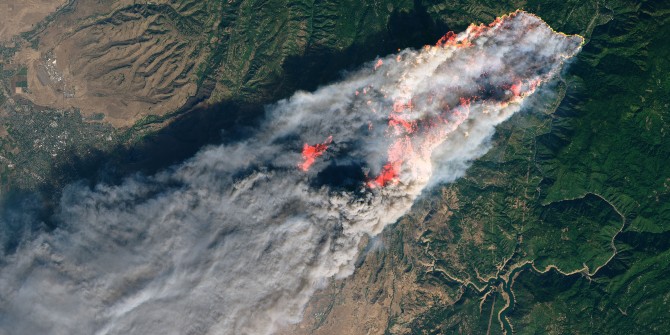