Recent Labour Force Survey data seem to suggest that around a million overseas-born people left Britain during the pandemic. But the survey now relies on recruiting respondents by phone, which those with less confident English may decline. Ian Gordon (LSE) says this break in the survey practice exaggerates the actual scale of ‘exodus’.

Of all the unforeseen and belatedly discovered impacts of the pandemic, one of the most surprising was the ‘news’ of a sharp reversal in the UK’s balance of international migration. Around a million people were reported to have disappeared from the UK’s overseas-born population. In contrast to speculation (which continues) about a possible domestic flight from London and other big cities, this exodus appeared as an immediate statistical reality, with wide implications nationally and for the cities affected.

My reaction to this finding – which came quite directly from the official Labour Force Survey (LFS), publicised (and revised) by Jonathan Portes and Michael O’Connor – was one of surprise coupled with an interest in who, within this diverse population, was involved in such a mass return ‘home’ – and what that might imply both about their reasoning, and the likelihood of their return when the crisis is over.

What I found was that the recorded shrinkage (of just about 10% in the overseas-born population as a whole) seemed not to have affected those with higher education at all. It was also very heavily concentrated among other people who had arrived in the last 20 years or so, and from particular origins – typically poor countries, not too far distant from the UK. Certainly, this group might feel more threatened, have less of a long-term stake in a UK career, and be more able than others to manage a return trip. But it implied the disappearance of about one third of those of those working in significant niches within the UK economy, and a real prospect that they might not rapidly return.

Unlike the expected Brexit-induced flight, where the loss of overseas graduates and students has been highlighted, the pandemic-induced one has been among those with less education, but important roles in various sectors – including, for example, in care homes. That would clearly need serious investigation for contingency planning.

But it also prompted a nagging question. If this kind of concentrated exodus over a few months was a reality, wouldn’t we expect someone to have noticed and tweeted about it, even if most of us were too locked down to do so?

And so began, for me, a questioning about whether the data was correct. This was encouraged by Madeleine Sumption’s doubts about the robustness of the ways in which the Office for National Statistics had responded to the challenges of lockdown. Specifically, she suggested that those among the overseas born who were less confident about interacting (in English) with officialdom might be much more inclined to decline participation in the survey when invited by phone, rather than face-to-face.

Starting from that very good question,  what I have found from a closer look at the LFS dataset (and nothing else) is that the idea of a missing million (plus or minus around 200,000, depending on which of three versions one prefers – my own originally being 1.1 million) overstates the change that might credibly have occurred by a factor of at least four.

A simple comparison showed that the new socially-distanced mode of recruiting respondents (solely by phone) had seriously discouraged participation by the quarter or so of the overseas-born who (in previous surveys) had been most likely to report language-related difficulties in education, or in getting and keeping a job. This would substantially reduce the overall representation within the LFS (after the lockdown) of those born overseas, relative to those born in the UK – even if their actual numbers had not changed.

Just focusing on those within the survey who had been recruited in the old way, before March 2020, led to a halving of the initial LFS-based estimates of the likely fall in the overseas population (to under half a million). Some further adjustment was needed to the data for this group, because it was less fresh to the survey, and had itself been subject to the process of attrition. (A survey panel had been reused, which in this case was also found to reduce representation of the segment of the non-native population who had difficulty communicating in English.) Correcting for this – in a way spelled out in my research note – led to a further halving of the recorded fall attributable to COVID-19 to a best estimate of just 235,000 (give or take a standard error of about 65,000) rather than the initial million or so.

Much like that original million, this more modest net reduction turns out to be almost entirely among the groups who experienced difficulties communicating in English. There are deviations from this tendency, notably in the regions of England’s industrial Midlands and North, which is where the bulk of the real fall in numbers seems to have occurred (against the impression given by the earlier estimates). There, a rather wider group seems to be affected. But the overall picture of a concentration of the ‘real fall’ on a very similar range of people to those identified as having been missed from post-COVID inclusion in the survey must raise questions about other forms of heightened response bias in the context of the pandemic lockdowns – though these can’t be distinguished from actual returns home just from manipulation of LFS evidence.

If, as I suspect, the true figure turns out to be well below a quarter of a million, the likelihood is that it will be even more strongly focused in the North East, Yorkshire and the West Midlands. But in any case, establishing why the pandemic might have produced a notably greater exodus of both Eastern Europeans and South Asians from these parts of the country is something that needs an answer.

Other statistical sources (such as the imminent ONS/HMRC Migrant Worker Scan data release) may well help to answer this question – or challenge its basis. But it suggests that researchers need to try ‘ground truthing’ their analyses both by talking with informed sources within particular communities – and listening to what is not being said – for more qualitative inputs into what will be an exercise in interpretation.

How much has the UK’s overseas-born population actually contracted since the onset of COVID-19? A research note

Ian Gordon is Emeritus Professor of Human Geography at the LSE.

Posted In: #LSEThinks | Governance and state capacity | Inequality and social infrastructure | The future of cities 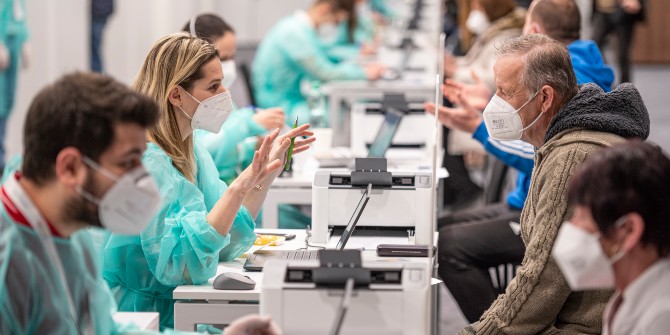 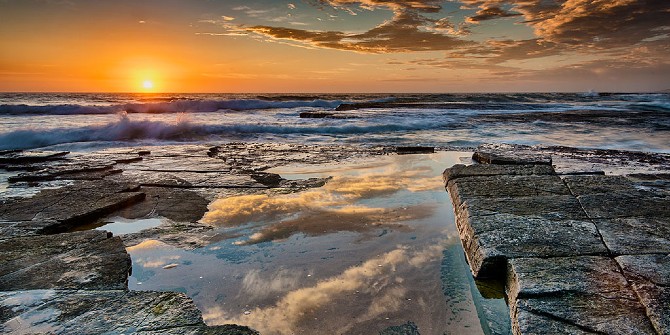 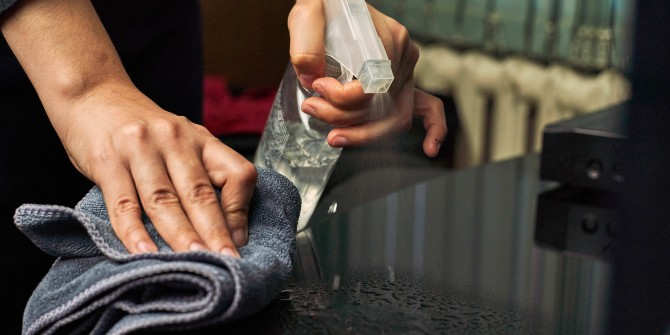