Anna Tarrant (University of Lincoln) and Mary Reader (LSE) consider findings from recent studies to explore how both mothers and fathers, particularly in low-income families, reported on their mental health during the first lockdown.

In May 2021, the Guardian reported on a survey that examined the impacts of the pandemic and remote learning on the mental health of parents. The headline read: ‘Covid lockdown school closures hit mothers’ mental health but left fathers largely unaffected.’ The article reported that mothers had borne the brunt of children being out of school, causing loneliness, depression, and problems with sleeping. Beyond the headline, the article acknowledged that the research had found that the mental health of both mothers and fathers was worse during the pandemic than before.

Interpreting quantitative and qualitative data about the pandemic

Yet the headline raises important questions about how social research about the pandemic is reported and interpreted, and how research findings might be presented in ways that obscure the lived experiences of a diverse group of people. Specifically, how are particular data, in this case quantitative data, apprehended; what kinds of research questions are being answered; and how may these be (mis)interpreted and represented in the media? As in this instance, analysis and interpretation of Understanding Society data, a large-scale panel survey, led to an over simplified account of parental lived experience of mental health through the pandemic.

It is important to acknowledge that the analyses that were reported used quantitative methods to isolate the causal impact of school closures specifically. This was achieved by exploiting differences in the ‘priority’ year groups that were allowed to return to school. The original researchers did not therefore set out to address the specific question of whether fathers’ mental health suffered during the pandemic. The report concludes that mothers saw a statistically significant decline in mental health due to school closures, but that these results were not statistically significant for men. This does not mean that no fathers suffered mental ill health due to school closures/during the pandemic, nor are the authors saying this. In fact, they estimate that men also saw a decline in mental health, but this was not statistically significant at the population level (see p. 12 here). All these results mean is that we cannot be completely confident that the differences observed in the survey data are not due to chance. There is a higher level of certainty for women in these data because both the differences and the sample size are larger. This more nuanced aspect of the interpretation of quantitative findings is often missed in media reporting with the risk that misleading statements are made and presented as evidence based.

Qualitative data generation and analysis also has an important role to play here. While unable to generalise or to reflect broader social trends, qualitative research can support an examination of the nuances of lived experience and more in-depth engagement with the mental health impacts parents experienced. Where the purpose of quantitative studies is to take an aggregate look at how confident we can be that there are differences in outcomes that are not just the reflection of sampling or chance, qualitative research supports understanding of what processes are driving changes in mental health, as well as exploration of how and why there are cases that don’t neatly fit the quantitative narrative.

Findings across the Covid Realities collaborative

Evidence generated from the fourteen studies that are collaborating as part of the Covid Realities Special Interest Group offers staunch evidence, based on both quantitative and qualitative data, that the pandemic has impacted on mothers and fathers, albeit in different ways.

The qualitative longitudinal study, Following Young Fathers Further, demonstrated a mixed picture in relation to mental health and remote learning for young fathers. Some of the men we interviewed relished the opportunity to engage more in their children’s education, with one father explaining how he managed to source a projector so he could support his daughter to improve her learning. For other young men in the sample, remote learning was a source of stress, especially when they had limited access to reliable technology. This experience was reflected in the Covid Realities study too, where fathers reportedly found homeschooling difficult. Finding quiet places for children to work was challenging in cramped accommodation and some felt excessively monitored by distrustful schools. Others noted the profound financial hardship arising from the need to buy IT equipment, pay for broadband connections, and keep the house warm all day.

A further qualitative longitudinal study confirms that existing conditions of inequality for low-income parents have also been exacerbated. For single mothers, this included stresses of managing children being off school and strained finances, alongside the loss of (adult) social contacts. Fathers were impacted too, particularly when also managing longer-term mental health conditions. One father described how the pressure of having four children studying at home, combined with reduced mental health support, amplified his anxiety and depression. As well as worries about his children’s education, he expressed concern about them seeing him so unwell, and the impact on his partner’s mental health, which he described as ‘the second silent pandemic’.

In another (currently unpublished) study about families with children under five in Newham, O’Toole and colleagues found very high rates of depressive symptoms among the 2054 participants they surveyed between August-November 2020, in comparison to the national average. The sample group comprised mothers (61%) and fathers (36%) who were either expecting a child or had young children. Only 24% had no symptoms of depression, while 43% had moderate to severe depression, which was more than twice the national rate at the time (19%). Among low-income households, a similar proportion of men (38.6%) and women (38.8%) had no depressive symptoms. Among those with mild depression, there were more women (25%) than men (17%), while there were more men (27%) than women (18%) with moderate depression. These findings suggest that parents of young children living in low income households in a very densely populated area of London are at particular risk of mental health issues, regardless of their gender.

The Born in Bradford COVID-19 surveys also found that fathers struggled with their mental health during the pandemic. The research, while mainly focussed on the experiences of mothers, received 101 responses from partners (58% White British, 42% ethnic minorities). Although a relatively small sample, their responses suggest that many partners also struggled during the lockdown, with concerns about homeschooling, the health of their partners, and their own mental health. The survey confirmed that 24% of fathers felt under-confident about supporting their children’s learning at home. 37% reported symptoms of depression of whom 13% expressed clinically important (moderate/severe) symptoms. 33% reported symptoms of anxiety and 12% of these were clinically important. 34% experienced loneliness some or all of the time during the lockdown.

While there is no in-depth comparison of the free text data generated for the Born in Bradford study due to the much smaller sample size of fathers compared to mothers, these data are nevertheless revealing of some of the gendered differences in the causes of health anxieties, which were more pronounced during the first lockdown. Some mothers said they were very worried about their partner’s mental health, and were especially concerned about the loss of social contacts and the potential for the exacerbation of existing mental health concerns. Fathers also reported fears about the impacts of the virus on their partners, fear about catching the virus from children, and fear of going out, which was also isolating for fathers in the study.

Drawing across our collective projects and on combined qualitative and quantitative datasets, it becomes clear that it is not possible, or even desirable to claim that fathers were unaffected by the pandemic. In drawing attention to the necessity of careful interpretation of quantitative data, our studies contribute further nuanced reflections and evidence of some of the variable causal factors influencing the mental health of mothers and fathers in low-income families during the pandemic.

Contributions to this blog have been made by members of the Covid Realities Special Interest Group, a collaborative of 14 research projects researching the impacts of Covid on parents and carers on a low-income. Findings discussed include those from Covid Realities, the Born in Bradford study, Families in Tower Hamlets, Following Young Fathers Further and Bringing up a family: making ends meet. The Covid Realities project has been funded by the Nuffield Foundation, but the views expressed are those of the authors and not necessarily of the Foundation, nor the COVID-19 blog, nor LSE. The post first appeared at LSE British Politics & Policy.

Anna Tarrant is an Associate Professor in Sociology at the University of Lincoln and a UKRI Future Leaders Fellow. She is the Director of a four-year qualitative longitudinal study called Following Young Fathers Further, which examines the parenting journeys and support needs of young fathers.

Mary Reader is a Research Officer at the Centre for Analysis of Social Exclusion, LSE. 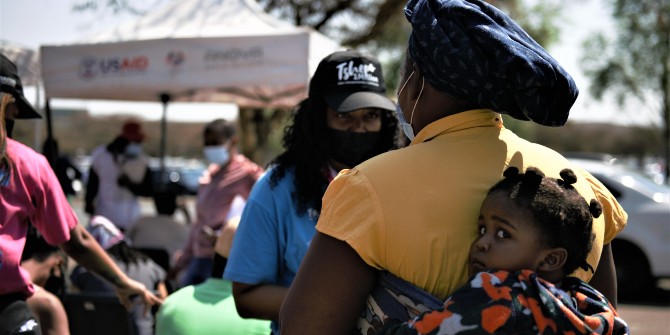 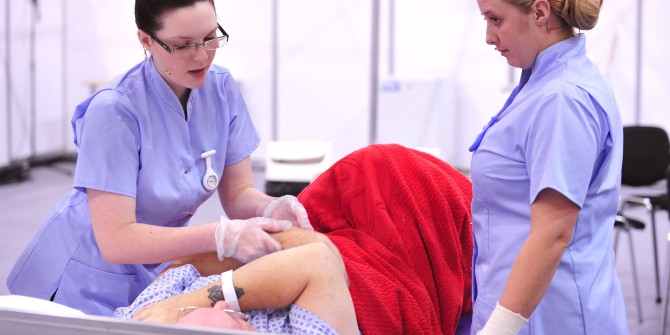 Hidden in plain sight: the invisibility of social care personal assistants during the pandemic 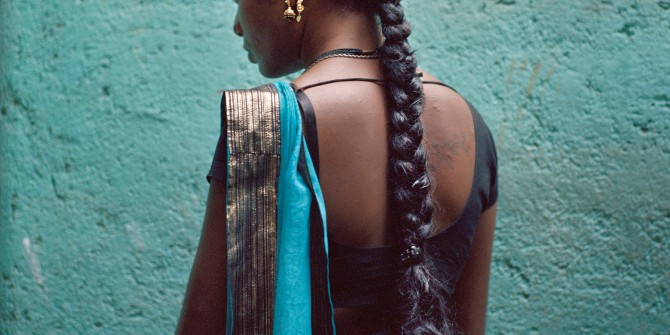 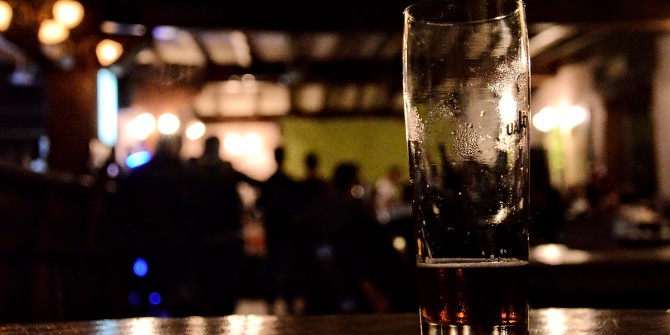