The pandemic forced peacebuilders to change the way they work

The pandemic forced peacebuilders to change the way they work

Peacebuilding is traditionally done face-to-face, but COVID made this much harder. Donors also redirected funds to pandemic aid or proved to be inflexible. Serena Clark (Maynooth University) looks at how the organisations working in the field tried to overcome the obstacles.

The UN Secretary-General called for a global ceasefire as the pandemic took hold. But of the 43 countries recording significant levels of organised violence, only ten saw actors that ‘welcomed’ the ceasefire call, 21 ignored it altogether, and many quickly dissolved in places like Yemen, Columbia and the Philippines.

In normal times, national and international partners support the planning and implementation of peacebuilding interventions. The pandemic moved local peacebuilders and their communities to the forefront of these operations. What has this meant on the ground? We engaged with over 150 peace organisations from 41 geographical areas in an online survey, and interviewed 27 peacebuilders in 15 countries to find out.

During the pandemic, 78 percent of peacebuilding organisations we spoke with reported disruptions to their projects, forcing them to adapt or stop their interventions entirely. Though peacebuilding traditionally relies on face-to-face interactions, community dialogue and mobilisation activities, COVID forced them to rethink these approaches. With a growing emphasis on localisation and a new need for remote ways to implement interventions, digital solutions became central to peace work. Only 21 percent of organisations surveyed reported using face-to-face activities using PPE. Meanwhile, 40 per cent implemented digital strategies, 22 per cent began using radio, 6 per cent television, 3 per cent interactive voice response (IVR) (sending voice notes to stay connected), 3 per cent gaming for peace (videogames that teach and promote skills to foster peace). As one organisation in the Democratic Republic of the Congo noted, adaptability has been vital:

While these tools have evolved as part of our response to the current pandemic, we do believe that they would be useful in other situations that create limitations on face to face interaction. Adaptability is key to the success of any organisation. You have to mould your work according to the needs of the situation.

Online platforms and solutions can enable better cooperation between national and local levels in building peace, and give a voice to local organisations that otherwise may not have a place at the table. But in some places there were specific barriers to implementing these approaches. Particularly in rural districts and sub-Saharan Africa – notably the Great Lakes region – a lack of digital infrastructure, technologies and skills, and the costs of mobile services, radio and internet services made it challenging to put them in place. It can also be hard to ensure confidentiality, exposing people to the danger of threats and retaliation because of what they have divulged in conversation. A peacebuilding organisation in Uganda spoke about these problems:

Social distancing and blaming ‘the other’ for the spread of COVID sometimes exacerbated existing hostilities. In some regions, COVID misinformation was used as a tool to limit the access of interveners and domestic regulatory authorities so that local elites and non-state actors could benefit from the lack of control, and use this opportunity to increase their businesses.

The crisis also significantly affected funding for peacebuilding, partly because donor states redirected funds to COVID aid or cut their budgets. Peacebuilding organisations said they found donors inflexible when they asked to reallocate funds to beneficiaries, which was problematic. In some cases, donors were reluctant to reallocate funds to new projects or increase funding to buy items such as PPE. Eventually, some organisations decided to use their own money to meet these extra needs in their community. This led to more trust and a stronger relationship between the organisation and community, but the unplanned financial burden was challenging.

Organisations have had to innovate, test new solutions and figure out what worked best in their circumstances. This experimentation resulted in new solutions, many of which were considered incompatible with peacebuilding until 2020. Sixty-eight percent of organisations reported they would continue to incorporate digital solutions or use a hybrid model in the future. Sometimes this enables them to reach more people than they had before. The switch was not always digital: one respondent noted that community radio had proved much more useful than they expected (although it also became more expensive to buy space on the spectrum); another had begun using megaphones in trees. Digital approaches are sometimes inappropriate or difficult to use, especially among older generations, and only time will tell how peacebuilding will look in the future.

Serena Clark is a postdoctoral research fellow at Maynooth University and a consultant for the International Organization for Migration. She holds a doctorate in international peace studies and conflict resolution from Trinity College Dublin, where she was a Rotary Global Grant Scholar. Serena has research and practical experience working in conflictual and post-conflict areas, such as the Middle East and Northern Ireland. 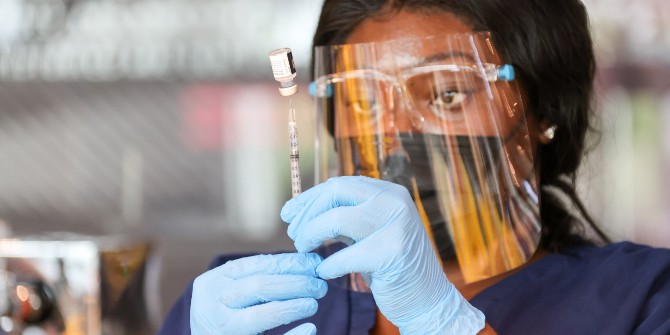 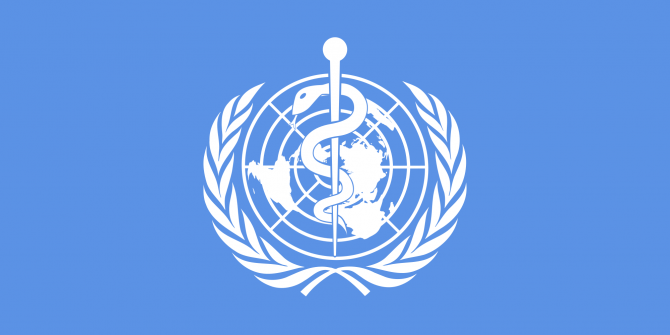 Theresa Squatrito | Could COVID-19 herald the renewal of international cooperation?