The wishlist for a pandemic treaty is long, and there are formidable obstacles to achieving it. Maike Voss (German Alliance on Climate Change and Health, KLUG), Clare Wenham (LSE), Mark Eccleston-Turner (Kings College London), Rithika Sangameshwaran and Bianka Detering (KLUG) look at the challenges involved.

After the multiple governance failures of the pandemic, the international community agreed at a Special Session of the World Health Assembly (WHASS) on the need to draft a convention, agreement or other international instrument for pandemic preparedness and response. An intergovernmental negotiating body (INB) was established to draft it under the Constitution of the World Health Organization (WHO).

The justification for a pandemic treaty is that whilst the technical expertise on how to govern and end a pandemic exists, the political will to do so is missing. A new pandemic treaty cannot stand on its own and will not be the solution to all failures in global health. Nonetheless, the INB, WHO member states and in particular the German government in its current G7 presidency can take concrete next steps, without stretching a treaty’s mandate so far as to make it unachievable.

A shared understanding of the problem that needs to be fixed

A lack of clarity and coherence on the specific problems the treaty aims to resolve risks rendering it futile. The IHR failed to prevent COVID-19 becoming a global pandemic. Multiple contraventions included (presumed) limitations on sharing of information of infectious disease outbreaks; the implementation of travel and trade restrictions despite the WHO not recommending them; and a failure to follow the other temporary recommendations issued by the WHO IHR Emergency Committee. Furthermore, IHR obligations are heavily tailored towards prevention and detection of pathogens, and very limited on response stages to prevent transmission. However, to date there is no comprehensive analysis as to why governments failed to comply with their IHR obligations.

Process for the treaty text and beyond

A draft text is expected for 1 August 2022. To get there, a member state-led, transparent, inclusive and fair procedure is necessary, with full participation of all member states with meaningful inclusion of non-state actors. Nikogosian & Kickbusch (2021) recommend involving the World Bank, International Monetary Fund, World Trade Organisation and International Labour Organisation for treaty negotiations. So that the treaty is not seen as an instrument pushed by high-income countries, the involvement of important regional bodies such as the African Union, ASEAN, Mercosur and others will be crucial. Without the support of civil society, a pandemic treaty will not see the light of day, or it will not protect those most at risk.

The treaty is expected to be modelled as a Framework Convention complemented by additional instruments (protocols, guidelines or standards) for adoption by governance bodies created through the treaty. This approach allows parties to reach consensus on high-level legally binding principles and commitments within the initial Convention – i.e., the meaning of ‘equity’ or ‘solidarity’ in a health emergency, and states that parties give a commitment to act in solidarity during such an emergency, followed by agreements adding detailed commitments regarding operationalising these commitments – i.e., a protocol regarding pathogen sharing, or one on equitable access to vaccines, etc.

While a framework convention may seem appealing from a “get it done” perspective, its inability to create a harmonious international legal regime could leave significant gaps. By enabling states to select which protocols within the treaty they wish to be party to, the approach risks states ratifying different elements of the overall treaty package, leading to more fragmentation in global health governance. On the other hand, this may promote a broad consensus to overarching principles and norms, but with national differentiation regarding specific obligations.

So much is being touted for inclusion that achieving it all seems unlikely. If the substantive content does make it to the drafting and negotiation process of the INB, it is unlikely there will be consensus on these issues from member states, which in turn will limit ratification of any treaty nationally, particularly if it is seen to infringe on trade or sovereignty.

We suggest aiming to formalise cooperation on the systems that alert the world to a pandemic that triggers action in four areas, following the life cycle of an outbreak:

Pandemic prevention: proponents of the treaty push to address potential pandemic sources using the concept of One or Planetary Health and ‘deep prevention’ to include antimicrobial resistance (AMR), zoonoses, climate adaptation and mitigation and accidental pathogen release into the content discussion of a pandemic treaty.

Pandemic preparedness and detection: There is an urgent need to promote equity in pathogens and data sharing during outbreaks, as part of efforts to decolonise global health and the environment.

Pandemic response: The issue of equitable access to vaccines, diagnostics, therapeutics and equipment will be one of the most serious conversations taking place.

Financing pandemic preparedness and response: Financing for the pandemic treaty could come from the IMF as Special Drawing Rights or from the World Bank in the form of loans. A new pooled insurance mechanism could be established to share the risks associated with infectious disease outbreaks, while simultaneously using these financing resources to encourage compliance with a pandemic treaty. A new Global Health Security Financial Intermediary Fund (FIF) pushed by the US could be housed at the World Bank. The importance of sustainable financing would also entail an increase of compulsory and voluntary funding of the WHO by member states, public health taxation, and  permanent endowments. This would allow for greater autonomy and support independent governance by shielding the body from excessive political influence. However, these discussions, while crucial to the future success of the WHO during a health emergency, are not part of the present treaty negotiations.

Interaction with the IHR

A potential alternative to the treaty would be to update the IHR, as the US and European Commission are suggesting, to make them more relevant and enhance governance and compliance gaps to move beyond the current “name and shame”. However, reopening the text of the IHR for renegotiation runs the risk of losing some of what is currently there. States have clarified their expectations that any treaty must work in conjunction with IHR (2005), with legally binding enforcement mechanisms, a strong secretariat, clear metrics for monitoring and evaluation, and form part of broader WHO reform efforts.

For this treaty to have teeth, the organisation that governs it needs to have the power – either political or legal – to enforce compliance. In its current form, the WHO does not possess such powers. In order to enforce compliance, some commentators have recommended concluding the treaty at the United Nations level. However, we fear that it has been already decided with the INB (mandated by WHASS) that a treaty will be developed under the roof of WHO.

To move on with the treaty, WHO therefore needs to be empowered — financially, and politically. If international pandemic response is enhanced, compliance is enhanced. In case of a declared health emergency, resources need to flow to countries in which the emergency is occurring, triggering response elements such as financing and technical support. These are especially relevant for LMICs, and could be used to encourage and enhance the timely sharing of information by states, reassuring them that they will not be subject to arbitrary trade and travel sanctions for reporting, but instead be provided with the necessary financial and technical resources they require to effectively respond to the outbreak. High-income settings may not be motivated by financial resources in the same way as their low-income counterparts. An adaptable incentive regime is therefore needed, with sanctions such as public reprimands, economic sanctions, or denial of benefits.

It will likely take years to negotiate the treaty. The world cannot wait until 2024. The minimum outcome of the treaty negotiations are trustworthy relations between the global south and the global north; the maximum outcome must be trust, built by a process that leads to a pandemic treaty with teeth, and a sensible incentive regime.

To get there, negotiators and all WHO member states need to be willing to compromise and to collectively chose a set of rules with which they are willing to comply in both health emergencies and ‘peacetime’. At the same time, a treaty cannot and will not bind together all the proposed initiatives, and will not fix all the challenges the WHO and global health face.

The world cannot wait for the pandemic treaty to be implemented to accelerate the response to the current pandemic, but we believe that in the process of developing it, trust can be (re)built.

This post represents the views of the authors and not those of the COVID-19 blog, nor LSE. It is an edited extract from A new treaty on pandemics: key to (re)build trust in international cooperation?, a policy brief by the German Alliance on Climate Change and Health, King’s College London, and LSE.

Maike Voss is the Managing Director of the German Alliance on Climate Change and Health (KLUG).

Rithika Sangameshwaran is affiliated to the German Alliance on Climate Change and Health (KLUG) and a German Chancellor Fellow at Alexander von Humboldt Foundation.

Bianka Detering is affiliated to the German Alliance on Climate Change and Health (KLUG) and Universität Bielefeld. 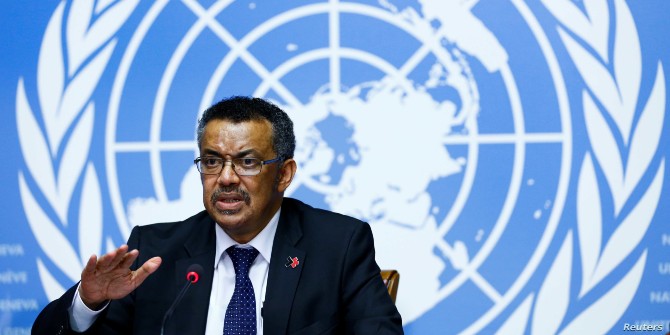 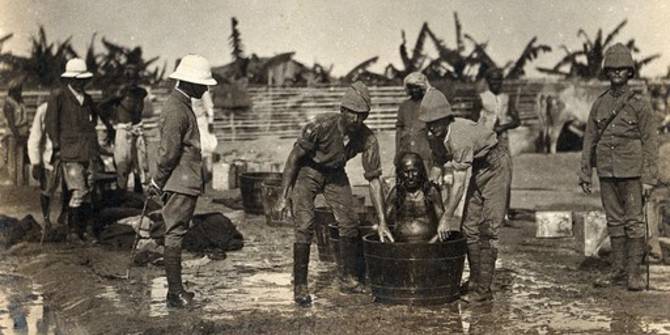