The UK planned to make COVID vaccination compulsory for frontline NHS and social care staff, but ultimately did not. Sian Moore (University of Greenwich), Christina Clamp (Southern New Hampshire University), and Eklou R Amendah (University of Southern Maine) and colleagues look at vaccine hesitancy among this group in the UK and US, many of whom are BME, and how employers and trade unions tackled it.

COVID has posed a special risk to care workers. The High Court recently ruled that the UK government broke the law when it discharged hospital patients with COVID into care homes. Interviews and focus groups in Oxford (south-east England) and Manchester (New Hampshire, US) found that frontline workers felt that governments and employers had not offered them adequate protection from the virus and that they felt undervalued. Such perceptions informed their subsequent vaccine behaviour and, for some, led to reluctance to be vaccinated against the virus.

In both countries, frontline workers were more likely to be BME/BIPOC workers (Black and Minority Ethnic in the UK and Black, Indigenous and People of Colour in the US) with evidence of occupational segregation and contractual differences on the basis of race and ethnicity, often promoted by privatisation and outsourcing. These groups were more likely to be on non-standard contracts where they did not get paid if they did not turn up for work. Many had no access to occupational sick pay or health insurance when they had COVID symptoms and statutory sick pay was inadequate for their family’s survival – they could not afford to take time off work when symptomatic.

Workers with few employment rights also felt vulnerable and unable to resist employer pressures to come into work in the light of staff shortages. Migrant workers were sometimes dependent on their employers for their migration status. A survey of frontline workers in Oxford and Manchester suggested that perceptions of economic risk in relation to work was a significant determinant of attitudes toward COVID vaccination.

Both US and UK respondents mentioned legacies of medical experimentation on Black populations in their discussions of vaccine behaviour, as well as existing experiences of racism in accessing health services

A hostile environment for migrants, including the ‘no recourse to public funds’ in the UK (meaning that there is no access to free health provision), discouraged engagement with health services for vaccination. In both Oxford and Manchester, where migrant workers were not documented there were fears about identification. Here the move to local vaccination centres that did not require registration or documentation was crucial.

Both US and UK respondents mentioned legacies of medical experimentation on Black populations in their discussions of vaccine behaviour, as well as existing experiences of racism in accessing health services. At the same time participants refuted what they felt was ‘the racialisation of vaccination’ referencing anti-vaxx protests by white populations supported by the right. In the US vaccination was more politicised than in the UK with opposition associated with identification with the Republican Party. In the UK vaccination was less politicised, but mistrust of the government and its record on COVID was voiced.

In both countries, governments have retreated from directly enforcing vaccination for workers, in particular health and care workers. In the US the move, in part, reflects political polarisation. However, in both countries the labour market is a key factor, namely severe staff shortages in health and social care that predated but were amplified by the pandemic.

The threat or reality of mandatory vaccination led to some workers in both Oxford and Manchester leaving their jobs or being vaccinated in order to remain in work. In the US there has been more industrial conflict over vaccination, including the termination of municipal contracts in New York and protests by firefighters and police. Yet in the UK social care workers reported that employers disregarded the earlier requirement for vaccination because of staff shortages.

Since then, employers have used entitlement to occupational sick pay and health insurance as coercive mechanisms. UK companies like Tesco and Sainsburys have removed the right to extra sick leave for workers affected by the virus, with the danger that symptomatic workers will not be able to afford to stay away from work. The removal of requirements in the UK to self-isolate has raised further questions about non-qualification of low paid workers for sick pay, with implications for employment relations and longer-term occupational health and safety. Coercive policies withdrawing sick pay from unvaccinated workers appear particularly pernicious in a context where inadequate sick pay contributed to the spread of the virus.

Trade unions and community groups have played a key role in mediating vaccination, based on education and access to information, including in community languages. UK trade unions rejected mandatory vaccination. US union responses were more varied, but unions asserted their right to bargain over vaccine mandates to ensure there were no contract violations. In both countries trade unionists reported walking a fine line between encouraging and informing vaccination and supporting those that opposed vaccination. While opposing mandatory vaccination, the US Service Employees International Union (SEIU) (which represents health and public sector workers) organised pop-up clinics.

In Oxford, the Why Vaccinate project brought together community organisations, trade unions, health professionals and local politicians and activists, to share information and to have an honest dialogue. One initiative took the form of an online meeting of the BME community with around 30 BME doctors and health workers from different specialisms where people could ask specifically about vaccination. The close relationship between the trade unions and community facilitated this intervention, which then informed the local NHS Trust outreach strategy.

The survey of frontline workers showed that trust in management, but also perceptions of safety in the work environment, both influence attitudes to vaccination and point to the importance of workplace health and safety policies. The survey suggests the need to take different workplaces into account when exploring vaccine hesitancy and COVID impacts, and the key role employers and trade unions play in occupational health and safety and ultimately public health.

Sian Moore is Professor in Employment Relations and Human Resource Management at the Centre for Research on Employment and Work at the University of Greenwich.

Christina Clamp is Professor of Sociology at the Center for Co-operatives and CED at the Southern New Hampshire University.

Eklou R Amendah is Assistant Professor of Marketing at the University of Southern Maine.

Nigel Carter is Research Fellow at the Centre for Research on Employment and Work at the University of Greenwich.

Calvin Burns is Senior Lecturer in Occupational Psychology in the School of Human Sciences at the University of Greenwich.

Wesley Martin is a Research Assistant at the Southern New Hampshire University. 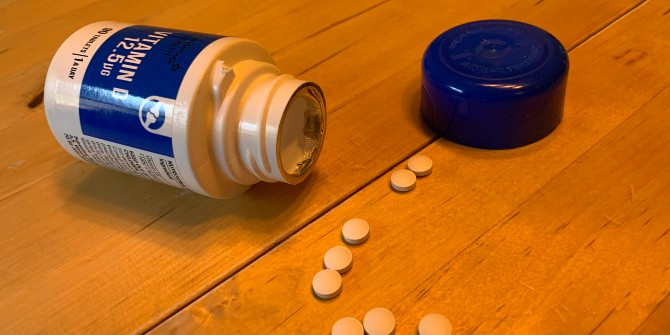 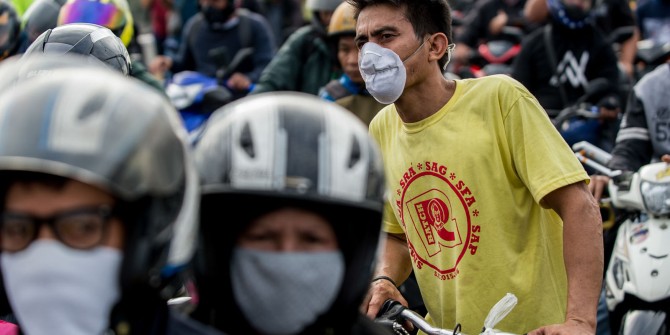 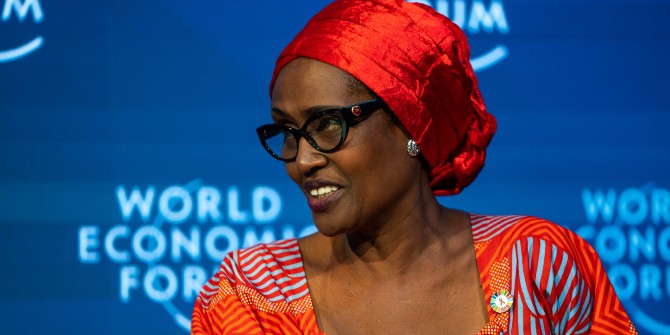 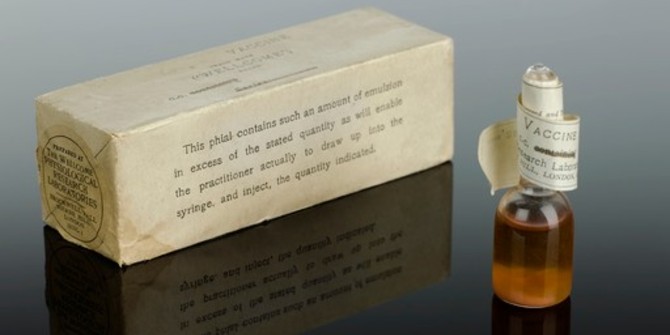