The recent decade has witnessed unprecedented waves of violence in the Middle East and North Africa (MENA) region, particularly in the Arab Spring countries. Erupted violence in these countries is characterised not only by violence against civilians and massive destruction of infrastructure, but also by the fragmentation of the sovereignty and legitimacy of the pre-existing administrations. Central governments have been replaced by non-state entities and warlords, who have taken over wide territories within the boundaries of the crumbling states. However, the emerging proto-states have not been officially recognised by the international community, making them less eligible to leverage the international humanitarian support.

Humanitarian partners are not always able to dig deep before drawing operational strategies, especially when the situation is as complex as it is in the Middle Eastern civil wars. Besides violence, there have been little academic efforts to analyse the other institutional factors which play a fundamental role in featuring these crises, such as poor leadership and governance, fragmented and politicised public institutions, economic decline, systemic corruption, and the involvement of regional and international players.

It is true that the ongoing violence has exacerbated the pre-existing vulnerabilities and fragilities in Yemen and Syria, however violence alone cannot explain all political, social, economic and humanitarian devastations. In Yemen, areas still relatively untouched by active warfare acutely lack adequate services, delivery mechanisms, and resources necessary to safeguard the public good. So-called “reconciliation agreements” in Syria could have succeeded to end violence and siege in many areas such as Douma, but in the subsequent years, these areas are still suffering critical shortages of essential resources and basic services.

Civil wars in Yemen and Syria provide important “in-vivo” platforms to analyse not only the impact of violence but also other institutional factors, and to better understand how they contribute together to shaping the extraordinary plights. Despite the fact that military operations have significantly declined in many areas in Yemen and Syria, the vulnerability and fragility are constantly and steadily intensifying. Additionally, violence has driven military attacks on health facilities and personnel, but it cannot alone explain the exodus of the healthcare workforce. In the same context, violence cannot explain why the health authorities in both countries are still so reluctant to share the real figures of COVID-19 related deaths.

The conflict in Yemen broke out in March 2015, when a coalition of states led by Saudia Arabia and the United Arab Emirates (UAE) – with strategic U.S. and UK support – launched a military operation against the Houthi movement, supported militarily by Iran “To defend and support the legitimate government of Yemen and prevent the radical Houthi movement from taking over the country” as declared by the Saudi ambassador to the US, Adel al-Jubeir. In August 2019, the secessionist Southern Transitional Council (STC), which aims to separate southern Yemen from the rest of the nation, as it previously was until 1990, drove the legitimate government loyalists out of Aden. Backed by the UAE (the main ally of Saudi Arabia), STC declared self-rule in April 2020, promoting further fragmentation in the country.

Yemen was already the poorest country in the MENA region before the conflict began. “The humanitarian crisis in Yemen has never been worse”, the Emergency Relief Coordinator (ERC), Mr. Mark Lowcock told the UN Security Council on 28 July 2020. Nearly 80 percent of the population requires some form of humanitarian assistance and protection. Ten million people are a step away from famine and 7 million people are malnourished. Since 2015, more than one-third of all coalition’s airstrikes have reportedly hit civilian targets like hospitals and schools. The death toll in Yemen has exceeded 100,000, in addition to more than 130,000 preventable fatalities due to the war’s effects, including hunger and disease. Children account for one in four deaths.

The Yemeni health system is splintered into three conflicting pieces, leaving over 20 million Yemenis without access to minimal healthcare services. Currently, only 50 percent of healthcare facilities are still in service, and there are only three doctors and seven hospital beds for every 10,000 people.

The civil war in Syria was even more brutal and of a much higher human cost. An estimated 600,000 people were directly killed since the conflict broke out in 2011. It is also characterised by widespread destruction in the infrastructure, as entire cities were totally or partially eliminated. Consequently, more than half the 22 million pre-war population were uprooted from their homes. The health system in Syria is particularly impacted by the conflict. Between March 2011 and February 2020 there were 595 attacks on at least 350 separate facilities and the killing of 923 healthcare workers; the government of Syria and Russian forces have been implicated in more than 90 percent of cases. The Syrian health system has been fractured between four conflicting parties, with disparate capacity and resources.

Fragmentation and polarisation in the Yemeni and Syrian public institutions have profoundly challenged the humanitarian interventions, particularly by the United Nations (UN) agencies. The presence of the emerging proto-states in control of large areas in these two countries has imposed a real dilemma in interpreting the mandate of the UN’s agencies which usually operate through the governmental framework. Billions of dollars were delivered to the central governments; although they control only a part of the whole country and some of these governments are directly involved in the armed conflicts. The Assad government in Damascus, for example, is still the primary – and sometimes the only – recipient of UN’s funding at a time when the UN Commission of Inquiry on Syria (CoI) found that “the Syrian Government has committed the crimes against humanity of extermination, murder, rape and other forms of sexual violence, torture, imprisonment, enforced disappearance, and other inhumane acts”. Furthermore, this mandate might have contributed also to the politicised access to humanitarian aid, promoted disproportionate provision of resources, and utilised support to conflicting parties.

While violence is still in the center of our focus, it is important to begin investigating the complex humanitarian situation from different perspectives, and accept the simple idea that the traditional approaches – including the UN mandate – are ineffective in at least some modern conflicts. It is an absolute necessity to develop resilient and comprehensive mechanisms to face the unpredictable interactions between all these factors. First of all, the efforts exerted will be unable to bring about real change as long as the military operations continue, so enforcing ceasefire in these countries is more urgent than ever. Among other approaches, peace talks must be accelerated, this must include developing sustainable mechanisms for communities’ resilience and strengthening the civil society organisations to play a greater role in the recovery processes. And on the other hand, a thorough review of the UN mandates to enable its agencies to play efficient and effective role on the international stage and to avoid delivering humanitarian funds to authoritarian governments. Failing to do that will make us wait for different results while doing the same thing over and over.

Dr. Tayseer Alkarim is a physician, humanitarian, and nonviolence activist, with over a decade of field experience in medical emergency operations in conflict zones and low-resource settings. He currently leads a grassroots initiative aimed at providing context specific advice for frontline health workers responding to the COVID-19 pandemic in low income and conflict-affected regions and has published on health response and training of medical workers in conflict zones. 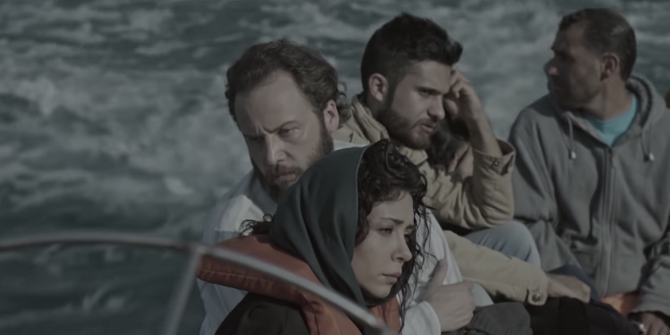 Coping with violence and displacement through media: The experiences of Syrian audiences 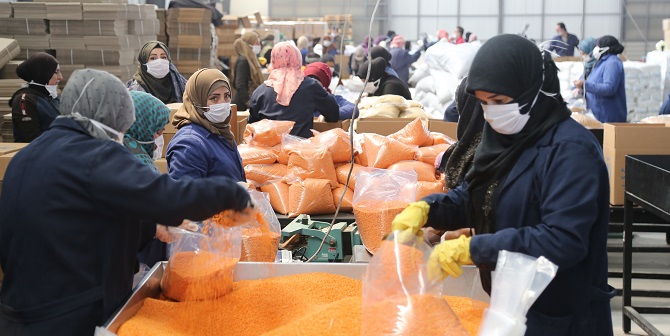 On the edge of starvation: New alarming Consumer Price Index estimates for Syria