This blog serves as an introduction to two research memos produced under the LSE-CRP Somalia programme, by Joakim Gundel. Both are framed against the political marketplace and explore the politics of debt relief and the oil and gas sector respectively. The latter topic has already been raised in a previous blog and in an online public event. While these two themes are largely explored in separate memos there are some interesting links between the two. Both prospective debt relief (and the new finance that it will release) and oil and gas exploration are hugely appealing to many policy makers as well as to many in the Somali public as they are connoted with a positive development and state-building trajectory for the country. However, from the perspective of the political marketplace framework as well as the findings of the study, these memos raise a number of concerns as to this interpretation.

Somalia reached the Highly Indebted Poor Countries Initiative’s (HIPC) “Decision Point” for debt relief on March 25, 2020.  Somalia carries a $5.2 billion debt burden and reaching “decision point” not only confirms Somalia’s potentially eligibility for debt relief, but also fully normalises its relations with international financial institutions. It will also qualify for certain types of grants to meet its public finance and development needs and to access private-sector financing instruments. The second and final step after decision point, known as the completion point, will open the way for a full and irrevocable reduction in debt under the HIPC Initiative. The ensuing process could reduce Somalia’s debt to US$557 million once it reaches completion point in about three years’ time, in 2023.

While there is clearly great moral value in writing off Somalia’s debt and opening the possibility for new development funding, which is in line with recent global trends and emphasised more so given the COVID-19 pandemic, the memo on debt relief questions the dominance of short-term political calculus over ensuring systems of accountability and transparency. The contradictions of international demands, benchmarks and statements with the reality of those achievements is highlighted in the memo and suggests that international political drivers are problematic when instrumentalised domestically. The memo further suggests that there are high risks in countries such as Somalia that key financial institutions become drawn into the political marketplace making short-term transactional decisions at the expense of long-term institution-building.

The prospects around hydrocarbons (oil and gas) and future oil concessions have been accelerating in Somalia since 2012. The Federal Government of Somalia (FGS) has pushed hard to open for oil and gas exploration and licensing, with an auction having begun in August 2020. The creation of the Somalia Petroleum Agency (SPA) and key government appointments have been taking place, but not without controversy as they were in contravention with the provisional constitution. Seismic surveys, although only indicative, suggest reserves could be extremely sizeable.

The potential in this sector is already an important factor in political dynamics in the country; the maritime dispute with Kenya, in the International Court of Justice, for example, is related to expectations around off-shore hydrocarbons, and which was likely to have also been a factor in the disputed Jubbaland election in 2019.  The recently deposed Prime Minister, Hassan Khaire, has a strong link to the oil sector and is now running as a Presidential candidate. Foreign interests in the sector are increasingly evident, with the US, UK, Norway, Turkey and Qatar all notable. Finally, Somalia is of interest to both major and smaller oil-related companies, with, for example, Shell and Exxon having recently agreed to pay US$1.7 million each for their historical oil blocks.

In terms of the oil and gas sector, Gundel’s memo argues that, while legislation and regulation, at least nominally, has been progressing in the last 3-4 years, it remains unfinished but now frames the operation of the political marketplace, with control over the Ministry of Petroleum and Somalia Petroleum Agency constituting the key motivations of political elites and associated bargaining. Control of these ‘institutions’ enables access to informal flows of money as well as allows control over the allocation of sub-contracts, which are likely to come from the various grants and loans that will become available through the debt relief process. Furthermore, the memo argues that speculation is feeding the political marketplace in Somalia; through speculation in future oil wealth (in the short-term through foreign oil companies that are willing to pay access fees, rents and other inducements up front). And in addition, through speculation on the operational sub-contracts that exploration will generate such as logistics, security, accommodation and hospitality. These drivers are elevated in the current pre-election period, where potential unconditional cash injections and the political trading around key positions – and the control or influence of contracts – in the emerging ‘institutions’ are important dynamics.

The potential resources that could be released through debt relief and oil and gas extractions are clearly of profound importance to Somalia’s future. It is also the case that the political and economic issues associated with these two areas are entangled. It should also be noted that the impact of debt relief on governance, economic growth and poverty reduction is unclear. That said, these memos point out that the short-term interests of different actors, national and international, risk undermining the longer-term development potential of Somalia and are consistent with a political marketplace perspective which argues that short-term transactional politics over-rides institution building. Furthermore, these developments are all taking place in a context where Al Shabaab remain a consistent actor in the Somali environment, having arguably extended their financial reach, successfully maintained a credible justice capacity and remain a serious security player.

The potential development of the oil and gas sector in Somalia is linked to the debt relief process, as newly available loans and grants may well provide the finance for infrastructure development to support oil exploration and extraction, and which would be paid back with revenues from this sector.

The findings captured in these memos resonate with another recent paper, Stabilisation, Extraversion and Political Settlements in Somalia, which reflects on how ‘the extraversion of foreign aid and external stabilisation has been so long-standing and entrenched that donors and the range of external actors aiming to influence political developments in Somalia have become an integral part of these processes’.

Joakim is a recipient of a small grant from the Conflict Research Programme conducting research on Oil and Development Finance in the Political Marketplace in Somalia. He has worked in and on Somalia and the Somali territories for over 20 years, in various applied research capacities, including UN, WB, DFID, USAID and others, involving studies of the traditional structures, impacts of humanitarian intervention, humanitarian security, financial management and accountability and the political economy of the justice sector. 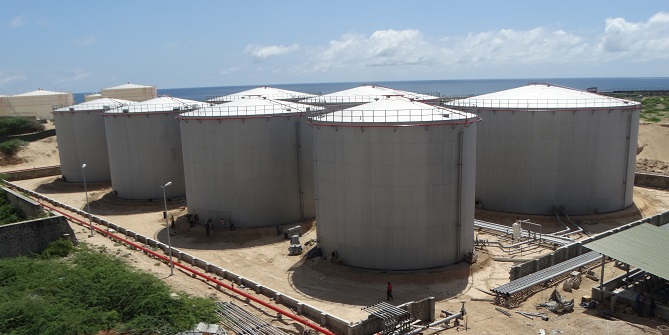 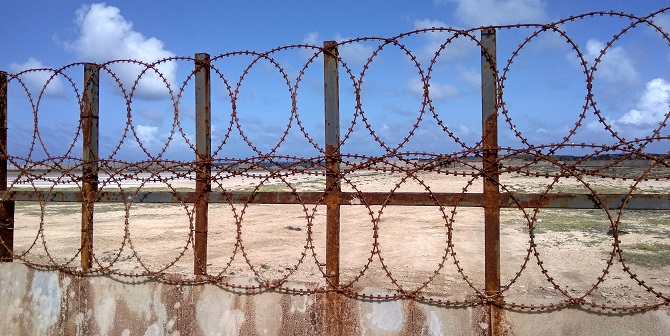 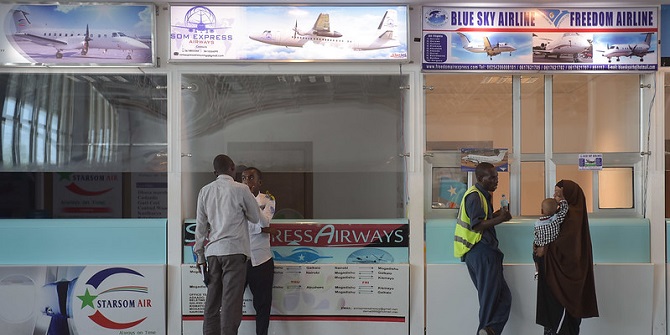