This blog summarises an article published in the journal of Conflict, Security and Development and has been jointly published with the World Peace Foundation at Tufts University. 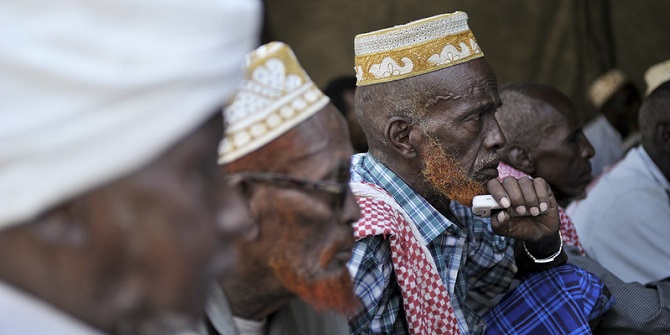 Thirty years after the overthrow of President Mohamed Siad Barre, Somalia is in a new interregnum. This time, most of the Somali political elite share a consensus on the next step—dialogue.

My paper, ‘Somalia’s disassembled state: clan unit formation and the political marketplace,’ was recently published in the journal, Conflict, Security and Development. It’s primarily a concise history of how the organisation of violence and peacemaking formed fixed clan units out of the highly malleable clan system. Clan identities shape Somali politics but don’t predetermine the outcomes. It also shows how a poorly-regulated, competitive but nonetheless functional political marketplace emerged from the collapse of central authority. The paper is also (yet another) critique of the international enterprise of counter-terror state-building, which argues that the Somali political class has nonetheless shown an only partly-realised capacity to generate a workable political system, by dint of an unending conversation among themselves.

Finished a year ago, only just published, its conclusions are relevant to the impasse today in which (former) President Farmaajo’s constitutional term expired on Monday, but there is no elected (or selected) successor. Fortunately for Somalis, there are sufficient checks and balances that any president’s authoritarian impulses are unlikely to prevail. The standard playbook for an African president in these circumstances is to use the instruments of coercion—army, intelligence and police—along with the de facto international recognition of the resident of state house, simply to remain in office. Despite Farmaajo’s accumulation of more instruments of coercion and his readiness to assert the sovereign privileges of the Somali state vis-à-vis the international community, he isn’t in a position to do that. There are simply too many real political checks and balances in Somalia’s political system. And provided that the internationals recognise that legitimacy is distributed, not centralised, they can assist this process.

The opposition is, for now, united around an immediate agenda of rotating Farmaajo out of power. That consensus is underpinned by Somalis’ abiding (and fully justified) distrust of anyone trying to accumulate central power. It’s a tactical consensus, because there’s no unifying alternative candidate, but that’s as much as we can expect.

The last substantive section of my paper concludes:

‘There are, in short, no functional “rules of the game” in Somalia. There is no cogent process of identity formation, and no strategy for either dominating or regulating the political marketplace. The challenge facing President Farmaajo is a version of the same structural impasse that faced Siyaad [Barre] in the final years of his doomed regime and that faced [Mohamed Farah] Aideed in his attempts to impose his authority in the immediate aftermath. In seeking to conduct conventional politics, as though he were heading an institutionalized government, all that the president can do is pursue tactical schemes to secure political survival. In such scheming, he can play Somalia’s weakness as a high card, implicitly threatening collapse if external assistance is withdrawn, and turning the fiction of sovereignty against his foreign backers.

‘Potentially, the president has another path open to him, which is to abandon the pretense of presiding over a conventional government, and instead use the convening power that he possesses, to bring together all the political actors in the country, and involved in the country, to agree the “rules of the game”. Rule number one would presumably be, no assassinations, the threat of which still exists.

‘Approaching the challenge of “being a state” as one of agreeing the norms and principles for the conduct of political affairs would not, in fact, be a radical break from the past. It would rather be stateness as national conversation, a continuation of the peace and reconciliation forums that marked the interregnum [of 1991-2012], and were its most positive feature.’

It is now too late for Farmaajo to take that path. But it is at least an option for the opposition. In the circumstances of the new interregnum, the disassembly of Somalia’s state becomes a virtue: legitimacy is dispersed among the leaders of the Federal Member States, parliamentarians, and community leaders, with none able to play that dangerous card of exclusive state sovereignty. 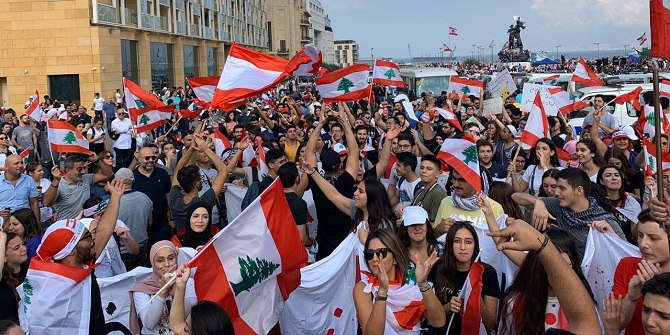