This blog summarises some of the key ideas in a recently published article featured in the Conflict Research Programme’s Special Edition in the journal of Conflict, Security and Development: Identity Politics and Political Marketplaces. Focusing on the foreign policies of Saudi Arabia, the United Arab Emirates and Qatar – in relation to the Arab Uprisings between 2011 and 2017 – the article points out their un-institutionalised nature and challenges the ‘geo-sectarian’ narrative often used to account for them. It argues that identity politics were indeed a central component of regime manoeuvring in this period, but that rulers were at least as concerned with suppressing or co-opting politically assertive forms of Sunni Islamism in the domestic sphere as they were with countering the supposedly geopolitical sectarian threat from Iran. 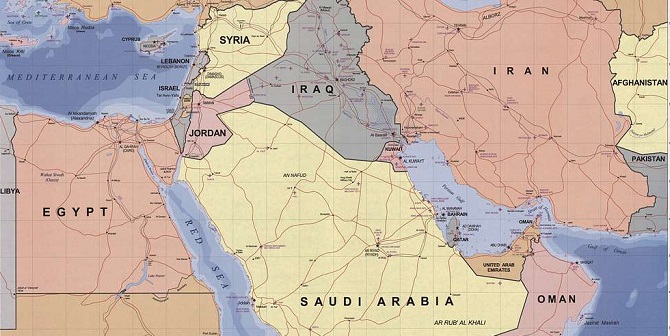 The Arab Uprisings may have broadly failed to achieve the objectives of the Arab publics who initiated them, but they set in motion tectonic shifts in regional power configurations. In 2018, Marc Lynch commented that the region’s traditional ‘great powers’ – Egypt, Iraq and Syria (the principle competitors for regional hegemony since the 1950s) – had been reduced to barely functional states, whereas ‘wealthy and repressive Gulf countries – Qatar, Saudi Arabia, and the United Arab Emirates – are thriving’.

The survival of these rentier states and their increased assertiveness in regional politics points to an age in which wealth expenditure and redistribution has overtaken military capabilities and ideological appeal as a determining feature of the regional order. Rather than proving the ‘great power’ status of the Arab Gulf regimes, however, their interventions in the Uprisings show their volatility and resistance to institutionalised statehood in both domestic and regional contexts. Moreover, their fluctuating sponsorship of militant Islamist factions in different conflicts signals their similarities with political marketplaces which are intertwined with exclusivist identity politics in other parts of the world.i

Regional interventions by the Gulf states and Iran into conflicts in Syria, Iraq, Libya, Yemen and Bahrain over the past decade, particularly in the period between 2011 and 2017, have been frequently viewed in terms of ‘geo-sectarianism’; whether in form of direct military incursions, or, more commonly, in form of economic and discursive interventions.

The rationale for the geo-sectarian explanation is easy to see: since 2010, inter-sectarian violence has been a prominent feature of intra-state conflicts across the Middle East. Although the theory that primordial, ‘ancient hatreds’ between Sunni and Shia dating back to the seventh century have motivated this violence retains some popular credence, the more common account in academic circles attributes the rise of sectarianism to the predominance of authoritarian regimes in the region, whereby rival states cynically instrumentalise sect as a means of leveraging support from subsections of different populations.

For a fleeting few years, patterns of support from regional states to domestic actors appeared to broadly correspond to sectarian affiliations. The fact that the leading actors (the Shi’a theocracy ruling Iran and the Wahhabi House of Saud) claim the moral leadership of Shi’a and Sunni Islam respectively within the region reinforced a ‘geo-sectarian’ reading of events. Iran came to the assistance of the (loosely categorised) Shi’a regimes in Syria and Iraq, as well as an array of non-state militant Shi’a regional allies. Meanwhile, Saudi Arabia attempted to galvanise Sunni regimes – including the GCC members, Jordan, Morocco and even, briefly, Turkey – into diplomatic and military alliances to prop up failing Sunni regimes and/or confront Iranian encroachment. Within a few years, the diverging priorities of the notional Sunni ‘front’ crystalised. While Saudi remains pitted against Iran in several theatres, Qatar has mollified its position towards Tehran. An era of multi-polarity prevails amidst the uncertainty created by inconclusive domestic conflicts. Yet, a review of the domestic issues that promoted Arab Gulf state interventions in the 2011–2017 period suggests they were always driven more by parochial concerns than by power politics, and this reflects on their underlying logics of rule.

Rivalries between Saudi Arabia and Iran are well-documented; they have waxed and waned since the 1979 Iranian revolution, and are frequently articulated in form of sectarian differences. In 2003, the overthrow of the Baath regime opened the door to increased Iranian influence in Iraq, where Shi’a political parties and militias received guidance, funding and expertise from Tehran, and this in turn gave King Abdullah of Jordan grounds to warn of the emergence of a Shi’a ‘crescent’ of Iranian influence stretching from Beirut through Damascus and Baghdad to Tehran.

Yet, the geo-sectarian account is flawed on three central counts explored in my article. First, the Sunni and Shi’a labels are misleadingly black and white. While the Assad Syrian regime is counted as part of the Shi’a camp, and General Sisi’s Egyptian regime falls to the Sunni side, both fit better into secular than Islamist categories. And while the Syrian regime is predominantly Alawite, until recently, the orthodox Twelver Shi’a of Iran tended to categorise Alawites as deviants, if not infidels. Their recognition as Shi’a within the past decade is based on Assad’s pragmatic alliance with Iran as opposed to any theological epiphany. In Yemen, the Zaydi Houthis were similarly categorised as deviants, hailing from a sect that split from Twelver Shi’ism in the eighth century AD. Their ‘reidentification’ as Shi’a is also recent and largely a product of Sunni salafi propaganda.

More generally, Iranian assistance to regional Shi’a militant groups is as much a tactic of necessity as of design. Shi’a comprise less than fifteen percent of the total population in the Middle East, and while there may be truth to claims that Iran is attempting to ‘Shi’ify’ Sunni populations in areas under its influence, overall it is not in Iran’s interests to put all of its eggs into one sectarian basket. Rather, Iran has sought to promote its image among Arab populations as the leader of the Axis of Resistance against Western imperialism; the champion of Palestine, as evidenced in its support for Sunni Palestinian groups including Islamic Jihad and Hamas, and the true embodiment of ‘Islamism’, not only for Shi’a but for Sunnis.

In this vein, the entire geo-sectarian debate might be passed off as a rhetorical tool employed by the Sunni Arab Gulf states, particularly Saudi Arabia, as a means of deflecting Iran’s criticism of Saudi shortcomings in upholding Islam. In reality, and this is exposing the second major shortcoming of the geo-sectarian thesis, even at the height of sectarian warfare the actions of several Sunni Arab Gulf regimes in the regional sphere were at least as much motivated by their rulers’ calculations over the relative threat posed to their own survival by the Muslim Brotherhood and other politically assertive forms of Sunni Islamism in the domestic sphere, as they were by the perceived need to counter Iran.

The idea that the Arab Gulf regimes’ foreign policies are determined by their calculations of the nature of threats emanating from both internal and external sources is not new: Gerd Nonneman, following Steven David, refers to this practice as omnibalancing. In this article, however, with close reference to the policies of the Saudi, Emirati and Qatari elites, I modify the idea of omnibalancing to argue that, as well as reacting to threats in the domestic and international spheres, regimes also seek out opportunities to extend their economic and/or ‘moral’ influence at home and abroad. I also highlight the fact that the alliances formed by regimes in the international sphere are not necessarily restricted to other regimes, but include a range of non-state movements and actors.

The article’s final challenge to the geo-sectarian thesis is that it often goes hand in hand with the narrative of a New Arab Cold War, in which Saudi and its allies range themselves against Iran and its allies, using proxies to fight for influence in the region’s ‘weak’ states. Whilst the Saudi-Iranian rivalry is not disputed, the Cold War imagery creates a misleading impression of how regimes project power and influence within the region. Unlike the US vs Soviet Cold War of the 1940s-1980s, there was never really any overarching bipolar division of Middle Eastern ‘Great Powers’ in the post 2010 period – whatever Saudi rhetoric might have suggested. The personalised nature of rule in the Arab Gulf states means that even ‘powerful’ state actors in the region display latent volatility and can rapidly change course.

The Saudi, Qatari and UAE regimes do not so much lack institutional frameworks through which to implement foreign policy. Rather, they purposely resist them, pursuing international interests on a transactional basis whilst mixing political, security and commercial interests, and treating public office and personal interest as coterminous. The political marketplace, which posits that behaviour in the regional/international sphere is an extension of domestic politics on the basis of monetised loyalty transactions, offers a potentially compelling route for how to explore this volatility.

[i] A political marketplace is, according to Alex de Waal, ‘a contemporary system of governance, characterized by pervasive monetized patronage, in the form of exchange of political loyalty or cooperation for payment.’ 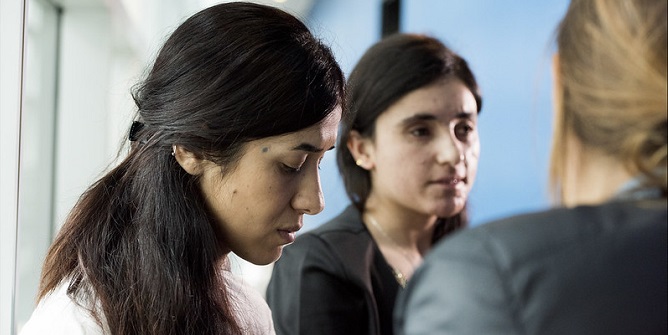