On my recent visits to Jigjiga, I was struck by the calmness and peace the city enjoyed in a wider region that is in turmoil. Personal safety has always been good in Jigjiga under all regimes, provided one didn’t cross a line that successive governments guarded with torture, imprisonment and execution. This time that line was either not there at all or pushed away to an unknown place. In cafes and in meetings with government officials and opposition, people expressed themselves with no fear. This is a Somali trait that has been repressed for so long, now at last let free. Business is also booming thanks to better distributed contracts and a relaxation of trading restrictions.

This positive picture fades away at the mention of the coming elections, as people quickly jump to the current situation in Ethiopia and the prevailing attitudes of its leaders, as well as the behaviour of successive governments. People rightly point to the fact that Ethiopia has never had free and fair elections.

While in Jigjiga I had the opportunity to attend a meeting, as a guest observer, in which a charity had brought together all the major parties preparing to participate in the forthcoming elections: the Prosperity Party (PP); the ruling party; the Ogaden National Liberation Front (ONLF); the main opposition party; and several other smaller parties.  I later learned that the smaller parties were denied the licence to participate in the elections. Several civil society representatives were also present.

The inequality between parties was evident from the start. While representatives of other parties, including the spokesperson and deputy chairman of the ONLF, arrived early and were waiting, those from the Government only appeared after one hour of repeated calls from the organisers. Even then, only one representative attended.

The main problem raised in the meeting was the fact that the region is structured as a one-party state; campaigning is impossible for other parties in a state where all facilities are in the hands of a government whose officials view being a member of an opposition party as a crime. This is especially noticeable in the districts throughout the region where it is common practice for district authorities to deny opposition parties the chance to hold meetings or rallies even though they are perfectly entitled to do so.

The state’s apparatus and resources are also at the disposal of the ruling party, while other parties have none to reach people or run their campaign with. In the words of one of the participants: “it takes me months to collect and save the money needed to rent a car to reach the communities I need to reach while PP officials can use government vehicles and all their expenses are met by the government. They are welcomed to all areas while I am chased around like a criminal. I even asked for permission which I didn’t need to ask for and was denied! I was prevented from addressing youth in football grounds”.

Other participants recounted similar experiences and demanded that the Government take action on this issue. One suggestion was that since government employees and members of the PP across the region regularly come to Jigjiga for training, meetings and evaluations, the Government should routinely educate them on election issues and should even introduce them to the leadership of opposition parties, to familiarise them with the concept of multiparty democracy in practice. Another participant accused the Prosperity Party of intentionally ignoring this issue because it worked to its advantage.

The single representative from the PP addressed all questions with openness and tried to explain the structural problems in the region and the country as whole, acknowledging the challenges that the opposition face, without promising or providing any solutions. The role of the Ethiopian National Election Board (ENEB) was also discussed. All participants agreed that the ENEB had an office that was not operating because of lack of funding. According to the meeting, no preparation work was being carried out in the region at all.

The Prosperity Party inherited a huge sum of money from the previous regime. This money was deducted from all employees in the region regardless of their wish or affiliation; the deductions continue today. The PP representative expressed with pride that they had recently given the choice of opting out to all employees. Apparently, not many have opted out, due to fear and uncertainty of the future. This is a clear indicator that people don’t believe they have seen the last of state repression.

Independence of the courts was questioned as well. If the courts were autonomous, many issues could have been sorted out through them. However, courts in the region are an organ of the state and the majority of judges are members of the ruling party.

The police force and other law enforcement agencies are no different. The notorious Special Police (Liyu Police) have replaced the normal police force in the whole region. It is a paramilitary, counter-insurgency force that is keeping the peace in the region without major reform – it is, at least, not under the control of the previous and tyrannical regime.1 The irony is that the insurgency they were created to fight – the ONLF – has now ceased to exist and many of its former armed-wing members have joined the Liyu Police’s ranks. You will be hard-pressed to see any standard police officers in the roads of Jigjiga and other cities in the country, as their numbers have reduced to only a handful in each district across the state. Yet, it is only the regular officers that can police the elections.

With courts unconditioned, police unprepared, the Election Commission not fully operational, and time running out fast, people are questioning the Government’s intention to hold free and fair elections, even if they are sub-standard.

The local councils have been disabled by the former regime and are not functional at all. The functions of the local councils are now carried out by the President-appointed zone governors and the President’s office. Many see this as a real blow to local rule, as communities across the state have no means of influencing their Government. In addition, the Liyu Police is increasingly commanded by the Ethiopian National Defence Force (ENDF). This concentration of power in few hands makes the whole election process irrelevant and guarantees the return of the current government to power without facing a serious challenge.

The danger is that this feeling of powerlessness in districts is fuelling multiple clan conflicts across the Somali state which, if left unchecked, may make holding elections within them impossible. Nomads are no longer fighting over pasture and water; the actual resource is political clout, which wide territory and many settlements will bring. Clans are arming and security forces are so far struggling to keep them apart. With elections taking place in disputed areas, keeping the peace between them may become more difficult.

The main opposition party is the ONLF which seems to think along the same lines as the governing party, portraying itself as the only legitimate political entity in the state. I can’t help thinking that the ONLF’s similar thinking around tolerance and democracy has left little room for complaint about the lack of a level playing field. So far, they have not tested the courts or lodged complaints to the Election Board!

PP is now nominating members of the Somali’s Region’s parliament, with almost one third of the nominees being women. Womens’ seats are mainly being allocated to the constituencies without strong representation at the zonal and regional level. This tactic is serving to disempower certain communities who are already weak, rather than to empower women. People know that they will have no choice through the ballot boxes and are instead arguing over the PP nominees; these nominees are expected to win regardless of how people vote. This is the common expectation of people for the coming elections – will they be proven wrong?

We will soon know, as the election is now scheduled to take place on June 5th. 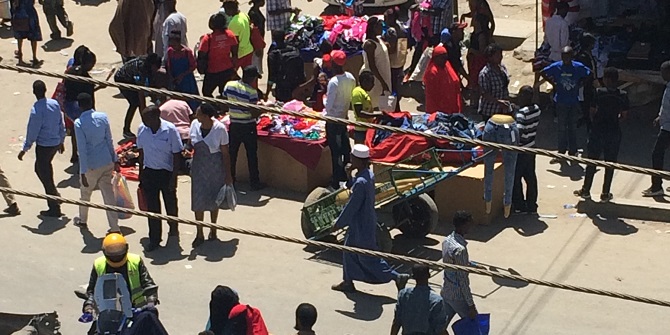 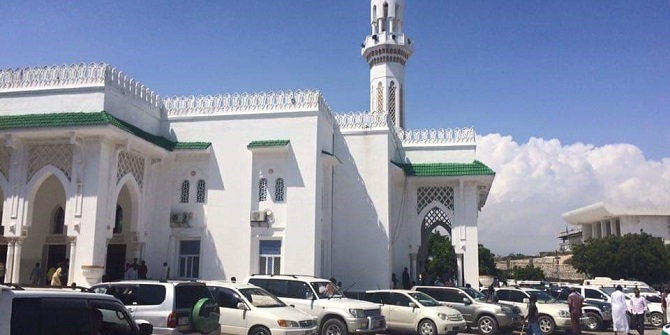