Professor Andrew Massey, Chair in Politics at the University of Exeter, reviews David Marquand‘s newly released title which focuses on the conversation Europe should be having with itself about what it wants to be and where it wants to go, as well as how to get there, perhaps hinting at a European social contract.

The End of the West: the Once and Future Europe. David Marquand. Princeton University Press. June 2011.

David Marquand has produced an elegantly written book about one of the great passions of his professional life; the future of Europe and the steadily federalising European Union. During a long career Marquand has been a Guardian leader writer, a Labour Member of Parliament, a leading Social Democrat, an official at the European Commission (accompanying his political mentor Roy Jenkins) and an academic. He has closely identified with what he refers to as the ‘European project’ throughout. In this extended essay he distills a lifetime of experience and erudition to deliver an eloquent disquisition that draws upon a millennium of European history; demonstrating the uniqueness of the EU’s new ‘Holy Roman Empire’ and the perils that lay in wait for it as the West declines relative to the East.

In the book’s prologue Marquand quotes the Indian author, Khilnani, to the effect that the West’s political theory, and by implication much more besides, will be decided by the resurgent East. Over the following chapters he takes us on a historical and cultural tour, pointing out the dark and bloody history of Europe and its US offspring as it clawed out its thousand year ascendency, pausing to show the reader the dramatic rise of India, China, Japan, Brazil and all the others who benefit from the slow decline of western manufacturing and scientific leadership, combined with the financial catastrophe caused by unfettered capitalism in the banks and money markets.

Marquand argues he is writing as a friend not a foe of the European project, but asks can Europe recover the élan and political creativity that healed the wounds of “the two great European civil wars of the last century and then extended the scope of democratic rule to the former Soviet satellites?”. He carefully sets up the case for the federal union the EU is becoming, but notes the role and power of the European political and technocratic elites and the structures that deliver a greater weight to small nations than to bigger ones, ensuring there is a continuing democratic deficit and a growing disenchantment in many parts of the EU empire at the grass roots; a disenchanted citizenry that has begun to question the European project while being powerless to reverse it.

Clearly, this is Marquand’s tour and he is both the driver and guide, we are the passengers carted hither and thither to gawp at a massacre here, a Treaty there. Only a writer with Marquand’s confidence and grasp of his political, historical and cultural worldview would attempt a single paragraph that deals with Auschwitz, the slave trade and the crusade against the Albigensians (the latter involved Philip II and Louis VIII of France and the Norman warlord Simon de Montfort’s brutal suppression of the Cathar heresy).

Marquand argues that the Founding Fathers of the EU sought not to extinguish the sovereignty of the constituent states (in contrast to the US’s Founders) but to transcend it and create a new kind of political system. This is something he calls “an astounding political innovation”, but he can’t resist a swipe at the Eurocrats and academics because the new structure’s “inner meaning has been so swathed in rebarbative academic jargon and even more rebarbative officialese that only a tiny minority of the Union’s citizens understand how it works”. There is much for a Eurosceptic to disagree with in this view, for example the ever closer union that lies at the heart of the expanding powers and governance of the EU may well be fueled by a notion of pooled sovereignty, but that pooling smothers and suffocates the individual sovereignty of ancient nations, as well as more recent and fragile political constructions.

Be that as it may, Marquand’s European Grand Tour encompasses the palimpsest of memories, loyalties and ways of life, with the older, often ancient ethnic and cultural groups “revenging” themselves on the state builders of the early modern and modern eras. The integration paradox is that medieval ethnic differences have been resurrected and nurtured in a Europe of the regions, rather than a Europe of Post Westphalian states. But just as the multi-level governance of the EU and wider global structures are complex, so are the multiple identities of the modern Europe; Marquand notes they can be ethnic, linguistic, religious, ideological and feminist (and more) often all at the same time and personified in any European individual. Understanding the new European system is fraught with uncharted complexity, especially with the impact of mass immigration from former colonial nations, as well as internal migration from the former Soviet satellites westwards.

Marquand seethes at the delays and compromises the unfinished European project labours under. More than once in the book he contrasts the low politics and stymied debate in Europe with that of the great debates that stretched beyond the elites to “ordinary” Americans at the time of the Constitutional Congress. He approvingly quotes Hamilton’s gibe at the tedious delays and “contemptible compromises” that arose as a result of the articles of confederation and although noting there is no exact comparison, says it is “to close to the bone for comfort” for today’s Europe. Yet this misses the point that the great debates among ordinary Americans tended to mean ordinary Americans who were white, male and property-owning Anglicans (or Puritans). Women, African Americans, Catholics and Jews took a few more generations to assimilate into the US polity and Native Americans of the original nations have still to achieve it. In other words, as Marquand cleverly shows throughout the book, the European situation (like the earlier American experiment) is unique and every action, every situation, is infused with the weight of conflicting historical and cultural perspectives.

The author wants Europe to have a conversation with itself about what it wants to be and where it wants to go as well as how to get there; perhaps hinting at a European social contract. He views with undisguised disdain current academic attempts at analysing the current situation, considering much of it pompous and vacuous, singling out those like Moravcsik who argue the democratic deficit is irrelevant as the EU is as democratic as the governance of its member states. For Marquand the conversation should be aimed at the high and low politics of grand strategy and delivering solid benefits, but most of all it should enthuse and galvanize the hundreds of millions of ordinary citizens – something elite politicians and technocrats alongside turgid theory building academics have singularly failed to do. If the citizens feel cut off and talked down to, they will continue to respond with rising levels of resentment. Marquand pulls the threads together by reiterating that history trumps geography. The “intangibles of memory and culture matter more than the delusive certainties of map making” and attempts at defining boundaries. The ‘problem’ with Turkey for example, from an EU perspective is that Turkey is modern, in the sense that it seeks to build an ethnic nation state, while the EU is post modern and revels in its diversity. The problem of enlargement to the east is not one of crossing the Bosporus into Asia, it is persuading Turkey and other states to abandon tribal democracy and embrace pluralism. For Marquand, Europe must become more politically united before it can become even more diverse. The great challenge Marquand throws out is to grow a European demos that transcends old notions of east and west, especially notions of western superiority, it is a demos that must sustain European federalism that plays its part in the world.

Professor Andrew Massey is Chair in Politics at the University of Exeter.

This Book Review originally appeared on the British Politics and Policy at LSE blog on 19 June, 2011.

Book Review: The Challenge of Political Representation in the European Union 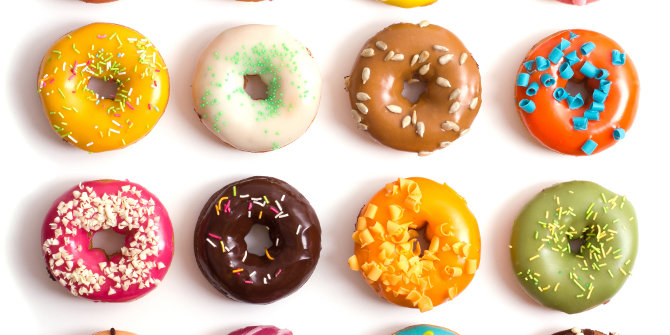