In a study of higher education institutions in six European countries, Marino Regini considers the increasing marketization of higher education, and presents a useful ‘typology of HE change’. Tony Murphy feels that the study is too heavy and complex in places, but that this should not detract from the value, originality and expected influence of the text. 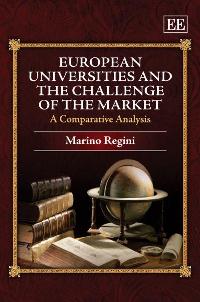 Marino Regini and colleagues present a comparative analysis of European universities and their relationships to the market. The authors consider how a market logic can become relevant in HE systems alongside the logic of traditional actors: the state and the academic community. This is within the context of a European wide movement towards competition and marketization of HE. Activities of universities have become increasingly subject to external scrutiny and new ideas about the role of HE systems have entered policy domains. In England and Wales for example, this was epitomised by Lord Browne’s recent review with students, viewed as consumers, now being asked to foot an increasing share of HE costs (undergraduate tuition fees are being raised up to £9000 per year) and universities are being asked to compete for students in ever-increasing ways.

This study considers six countries (England, Germany, France, Spain, Italy, and the Netherlands) and specific institutions within those countries deemed to be comparable across geographic and economic importance within their respective countries. In the UK, this includes HE bodies in northwest England. The analysis is conducted at a number of levels: macro, national HE systems; meso, local/regional; and micro, case studies of individual institutions.

The study demonstrates a general convergence in the directions of European HE systems. In effect, a market logic of action has emerged in the functioning of HE institutions of continental Europe. This refers to how HE systems have been increasingly shaped by the interactions of supply and demand and a focus on more instrumental functions of their institutions. Research and tuition are increasingly viewed as commodities for instance. In England such relationships have been more visible historically; the Education Reform Act of 1988 for example considered students as ‘customers’, whilst the Teaching and Higher Education Act of 1998 viewed HE institutions as offering a ‘service’ which warranted the payment of fees. In England such logic has become increasingly relevant in recent times.

However, the European institutions studied also exhibit divergence in relation to their processes of change and interaction with the market. In short, European institutions are undergoing profound reorganization but this change is being experienced in different ways and with different timings. There is a shared long-term objective at hand; to develop and augment the knowledge produced in HE systems, accepting that this is vital in the context of international competition. Yet, different actors across HE systems in Europe defend different, sometimes contradictory and changing interests. Governments in general have interests to improve the performance of their HE system for purposes of competition in a ‘knowledge economy’ and wider employment goals. However, they must simultaneously consider and curtail the growth of public expenditure associated with increasing numbers of students attending university in return for relatively low fees.

Three key ‘drivers of change’, or those processes that destabilize the previous HE system, are considered. These include 1) the movement towards the mass university, that is, a shift from ‘elite systems’ to ‘generalized access’; 2) the development of a ‘knowledge economy’ and the associated demand for increasing skills and research knowledge within an economy; and 3) the ramifications of the ‘Bologna Process’, which involves policies of harmonization of Europe’s HE systems for the purpose of transparency, comparability and mobility. Each of these processes are said to reinforce each other, as opposed to representing discretely different directions. This has led institutions to greater openness to the market and their external context.  Yet, as noted, individual contexts do differ.

To that end, Regini presents a ‘typology of HE change‘, representing four ideal types of institutional logics of change. These stem from two underlying analytical dimensions: firstly, that reorganization is primarily associated with the needs of the demand [skills required by labour markets, research knowledge and so on] or enhancement of the supply; and secondly, the balance/struggle between internal HE actors [academics, administrators, students and so on] and external actors [companies, professional bodies and so on] in shaping the nature of reorganization. See table below.

Finally, it is claimed that the different ways in which HE systems are reorganized are dependent on four types of variables

1)      the different extent to which ‘drivers of change’ [as discussed above]operate in the various countries;

2)      the varying types of preferences, cognitive frames, and relative power of the internal and external actors of HE systems;

3)      the contingent opportunities that allow such actors to manage uncertainty by overcoming the trade-off between the alternative choices available;

4)      the different possibilities for actors to use the feedback effect of the reorganization outcomes to their advantage.

The book is difficult in places and is not a light read by any standard. The book’s use of theoretical and conceptual frameworks adds to the complexity of the work, but this impacts on the readership.  Although the text would be of interest to anyone considering HE policy, especially at a European level, the text is much more suited to a specialized audience; postgraduate students in the field of education, researchers and policy-makers. However, none of this detracts from the value, originality and expected influence of the text.