The Spanish labour market is infamously rigid. In response to Spain’s economic crisis, the recently elected right-wing Popular Party, has undertaken major labour market reforms. Vicente Cuñat argues that the government’s attempts at reform are a missed opportunity because they will fail to resolve Spain’s job market duality of temporary and permanent contracts and they will not reduce the red tape associated with employment law.

Just under one hundred days after the Popular Party, Spain’s right-wing party, was elected into office in Spain last November, it introduced its main legislative measure so far – a reform on labour market legislation. It is intended to be a profound reform, one that structurally changes the economic conditions in Spain, shows political commitment, and puts the country back on track for long-run economic growth. However, there is growing scepticism that this will be the case. So far, the reform has also been a politically costly move for the Popular Party. It led to a general strike on the 29th of March and has contributed to a substantial loss of government support in the form of an 8% reduction of the intent to vote for the party since the elections.

Is this the labour market reform that Spain needed? A brief diagnosis of the problems that face the Spanish labour market is necessary to understand the reform. The main structural problems are associated to the duality of labour contracts, wage setting rigidities, and contracting conditions.

Job market duality in Spain refers to the two very different types of employment contracts that coexist. About 60% of employees have permanent contracts, which mean that they have legal restrictions to being fired, high severance pay and, overall, a very protected job. The remaining 40% work under fixed term, often short-lived, temporary contracts, with no severance pay. Firms value the flexibility that temporary contracts give, but, as a result, they have little incentive to invest in on-the-job training or transforming their most valuable temporary employees into permanent ones. This generates a great deal of inefficiency, as well as inter-generational and inter-class inequality. Most temporary workers are young and low skilled. Unions are, in principle, opposed to the poor employment conditions of temporary contracts. However, they are even more opposed to the convergence of both contracts towards some middle-ground compromise of the two, since the majority of unionized workers are permanent workers.

Wage setting is also an important problem. Most wage negotiations are dealt with at a national sector level between unions and the elected representatives of corporations. The outcomes of these negotiations fail to reflect the particular conditions of given firms within a sector. Some expanding firms may want to pay better wages as a means to attract talent, while simultaneously, in the same economic sector, declining firms may need to freeze or cut wages to  avoid reducing jobs. In Spain, one single wage negotiation often has to fit both types of firms.

Finally, hiring and firing are administratively costly and complex, with more than thirty different legal forms of labour contracts, each of them with its own specific rules (partly a hangover from previous labour reforms). Many employment transactions that should be a private or administrative procedure wind up in court as lengthy legal battles. This increases the cost of both hiring and firing without benefiting anyone except, possibly, some lawyers and some union representatives.

These are structural problems in the context of unemployment rate of 23%, thin profits and very tight budget restrictions that limit the available options to overcome the crisis. What does the labour market reform propose and will it help?

First, the reforms will reduce the employment protection of permanent contracts. This is likely to be a positive move, bringing Spanish permanent contracts closer to those in most EU countries. However, the reform does not change the nature of temporary contracts. The gap between both types of contracts will obviously be reduced but not by enough to end the duality problems. An improvement of the conditions of temporary contracts or, ideally, the setting of a single unified contract would have been preferable. It would have also made the reform more popular and less suspicious of leaning towards corporate interests; especially since a majority of the Spanish labour force is either unemployed or on a temporary contract.

Secondly, the reform gives individual firms the right to refuse industry-wide wage agreements and allows for new provisions that increase flexibility of the roles and working conditions of workers within the firm. These are, in principle, steps forward. They break the old sector-based determination of labour conditions, although it remains to be seen how widespread the voluntary adoption of these firm exceptions will be.

Finally, the reform makes very little progress in reducing the red-tape associated with employment contracts. In fact, it may have just added yet another layer of exceptions, legal requirements and uncertainty.

This is a reform that heads in the right direction on some aspects but ignores, or only partially deals with, many needed changes. It is also a reform that unnecessarily risks being perceived as one-sided; echoing the demands of some corporate representatives and not making the necessary changes that are potentially beneficial to everyone. Its high political cost decreases the chance of further reforms in the near future, sadly, giving a certain sense of missed opportunity.

The re-election of Giorgio Napolitano as Italian President merely represents the ‘calm before the storm’ in Italy’s political system. 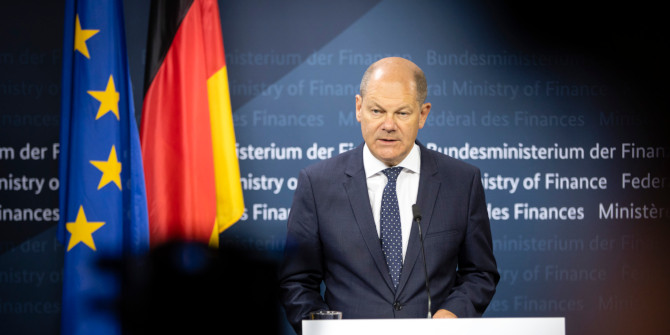