Book Review: Kazakhstan: surprises and stereotypes after 20 years of independence

Book Review: Kazakhstan: surprises and stereotypes after 20 years of independence

Jonathan Aitken addresses the remarkable transition of Kazakhstan in his recent book, charting the country’s political, social and environmental changes over the last few decades. As a source of information and background reading about a far away country of which we know very little, but need to learn a lot more, Andrew Massey recommends this accessible and well-researched book.

Jonathan Aitken has written a polished and informative book about a country of which very few westerners have much experience. Prior to the slaving expeditions carried out by the Tsars, expeditions that inflicted horrific conditions in primitive mines and factories upon the hapless nomadic people herded from their villages, Kazakhstan was a largely empty region across which wandered the various Turkic tribes, loosely organised into often warring Khanates. The Russians gradually expanded from collecting slaves into full colonisation, building a series of military garrison towns behind which increasing numbers of Russian settlers sheltered. Kazakh resistance was met with massacres and collective punishment and a steady Russification of the vast region, a process that continued as the Tsarist Empire was replaced by the Soviet Union.

For the Kazakh people there was very little difference, they remained colonised, Russified and subject to collective punishments. Their country became even more cut-off from the rest of the world as the Stalinist regime shifted whole populations of Tatars, Baltic peoples and ethnic Germans into the empty plains and mountains in the obscenity of the Gulag. The land and its peoples were subjected to a regime of forced collectivisation, endemic corruption and the continuing indignity of Imperial rule from Moscow thousands of miles away. Over a fifth of the Kazakh people perished from the harshness of their Russian rulers during the 1930s and 40s. Their plains became home to the Soviet nuclear and space programmes, while Brezhnev’s ‘virgin lands’ project inflicted deep environmental damage. Then in December 1991 as the sclerotic Soviet Empire fell, Kazakhstan declared itself independent for the first time in nearly three hundred years. It is a vast land mass of over a million square miles and a population of under seventeen million people, living on rich agricultural land under which lie huge reserves of oil, gas and other valuable metals and minerals. The last twenty years have seen the birth of a new nation, throwing off the fetters of colonialism and seeking to chart a confident path squeezed between the Russian North, the Chinese East, the barbarous totalitarian regimes to the South and a resurgent Islamic west. It is this remarkable transformation that Aitken eloquently addresses.

Westerners queuing outside the Kazakh embassy in the rain in London for a visa will reflect that some things remain rather Soviet in the official approach of the new country to its dealings with outsiders. Indeed a country replete with unspoiled high mountain ranges (perfect for skiing and climbing) and a beautiful wilderness in the high plains and lakes, singularly lacks a major tourist industry, hence our lack of intimate knowledge of the country. It also lacks McDonalds restaurants, KFCs, large-scale violent crime or major religious or ethnic tensions between its more than one hundred Muslim and Christian nationalities. It is a modern country that chooses what to accept, or reject from its neighbours. The Kazakhs are remarkably forgiving of their former masters. It is a country that possesses universal education and is modernizing its economy at a frantic pace. It has over 7% economic growth annually and hardly any unemployment. It is, as Aitken observes, a land of surprises and stereotypes.

Aitken has an obvious affection and admiration for Kazakhstan, a feeling reciprocated by many of those in the country’s elite. Indeed he has achieved unprecedented access to President Nursultan Nazarbayev, the leader of the country since before independence. He was first appointed by Gorbachev (whom Aitken interviewed) in response to Kazakh protests after Kolbin, a Russian, had been appointed the head of the Soviet Republic. Nazarbayev, Aitken writes, granted him over 35 hours of interviews. Aitken has also written a biography of Nazarbayev, published in 2009. Given such approbation by a President who regularly receives over 90% of the vote during elections and who has no remaining rival for power, this opened the way for Aitken to have contact with whoever he wished in the ruling elite and the country at large. He visited a large range of institutions and interviewed people at all levels, including opposition leaders, when he could contact them.

This is not to take a snide swipe at Aitken’s obvious ease with a privileged elite. Anyone who has travelled to the country and discussed politics with its people will be aware of the national pride they possess and the reverence they hold for Nazerbayev, a man who they regard as the father of the nation. Aitken argues he is their equivalent of George Washington. Certainly under his leadership the impoverished, hungry nation of 1991 has become a stable and peaceful economic powerhouse. Its GDP dwarfs that of its neghbouring former Soviet Republics, including the Ukraine, though corruption at all levels remains a lasting legacy of the old Soviet Union. Western jibes about it being a police state, Aitkin argues, are misplaced lazy journalism. Indeed, when in 2010-2011 the old Soviet era bureaucrats engineered a referendum to extend the President’s term of office by ten years, Nazerbayev himself simply called an early Presidential election instead and declared anyone could run against him. There were three other candidates and the incumbent won with over 95% of the vote. Aitken notes there was a mixed set of reports from the different groups of independent international observers. Some found serious irregularities, while others declared it a largely clean and fair election. Aitken himself was there and toured several of the polling booths. He also put the concerns he had about the size of the victory directly to the President. His sifting of all the reports and interviewing of several official observers off the record led him to award the election ‘two and a half’ cheers. The President’s decision to call an election instead of a referendum was a masterstroke; at one and the same time confirming his hold on the office, but undermining the critics’ argument that he was manipulating the political system in an old Soviet way. Aitken calls this episode the victory of new Kazakhstan over the old.

Aitken himself has made a contribution to the New Kazakstan. He relates how charged with producing a report into the country’s prisons, he toured the system and made a series of recommendations, many of which were implemented and contributed to increased training and rehabilitation activities for prisoners. The President and his associates have sought to decriminalise a score of activities inherited as indictable offences under the old Soviet penal code, Nazarbayev himself visiting courts and appointing reforming ministers to the Ministry of Justice and the KGB’s successors. The prison population has dropped from nearly 70 thousand to under 50 thousand and the use of torture outlawed. Aitken interviewed many of the reformers at length and wryly noted how more open than the CIA and SIS the Kazakh security services appear to be and how much cleaner the prisons are than those to be found in the UK and US.

The book, therefore, delivers chapters exploring the history, economy, politics, education and diplomacy of Kazakhstan. It shows the country in a favourable light; detailing how it removed all its nuclear weapons inherited from the Soviet Union, including a large number of the fearsome Satan ICBMs. The economic and industrial developments, the attempts to diversify away from over-reliance on the massive oil and gas reserves, coal mines, copper and uranium reserves – to educate large numbers of young people to take the country one stage further and not only join the developed nations of the word, but lead the development and modernization of Central Asia. Aitken has the enquiring mind and elegant writing technique of the polished journalist. He also has the skepticism that comes with his experience and background, which means that although he writes as a friend and admirer of the country and its President, this is no hagiography. As a source of information and background reading about a far away country of which we know very little, but need to learn a lot more, I recommend this accessible and well-researched book.

Andrew Massey is Professor of Politics at the University of Exeter. He has worked in a range of areas including British, European, and US policy and politics. His main areas of research include comparative public policy, public administration and issues around the reform and modernization of government and governance at all levels in the UK, US, EU and increasingly globally. He also have a long standing interest in energy policy, especially civil nuclear energy; professionalism and ethics and accountability. Read more reviews by Andrew. 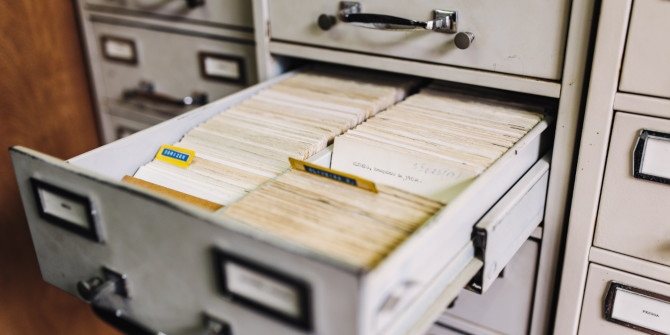 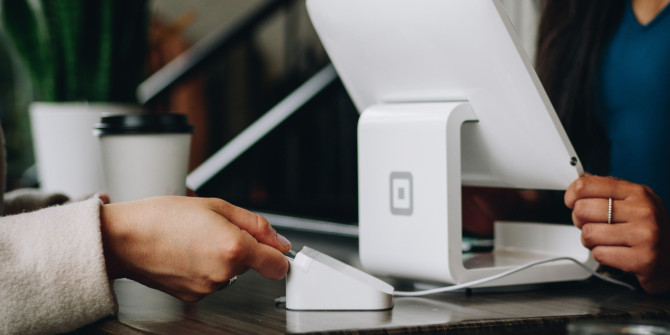