Last December UK Prime Minister, David Cameron, refused to sign the UK up to the EU’s Fiscal Compact Treaty, in a move, at least in part, aimed at assuaging the Conservative party’s Eurosceptic wing. Tim Bale argues that the Conservatives may find it very difficult to avoid promising an in/out referendum at the next election, and that the Labour Party may well follow suit.  With that referendum comes the serious possibility that Britain will cease to be a member of the Union.

I never thought I would write this sentence but here goes: the UK is on the road to leaving the EU.  This doesn’t mean that it will happen – there are too many powerful interests with a stake in continued membership for that.  But it does mean that it might. The reason lies not so much in the balance of power between Britain’s political parties (although that is important) as in the balance of power within one particular political party – the Conservatives.  The Tories are moving, seemingly inexorably, from ‘soft’ Euroscepticism (a critique of the EU and how it currently functions) towards ‘hard’ Euroscepticism (the belief that membership of the EU is inimical to the national interest).  And in David Cameron they have a leader who, ever since he made and then honoured his rash promise to pull Tory MEPs out of the EPP-ED group in Brussels, seems unwilling or unable to tell them ‘no’. 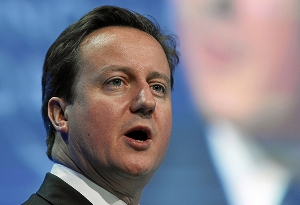 So what does the Conservative Party actually want? At a minimum, it wants no further transfers of sovereignty from the UK to the EU and it wants no explicit large scale contribution to any Eurozone bailout arrangements. But most members of the Party want rather more than that.  They want a repatriation of powers from Brussels back to London, focusing first on labour market/health and safety regulation but with the eventual aim of relegating membership to some sort of glorified free trade agreement – the ‘common market’ that, according to Eurosceptic lore, was all the British ever signed up to in the first place.  For a growing minority within the Conservative Party, however, simply stopping the rot and supposedly winding back the clock isn’t enough.  Instead it wants an in/out referendum on the UK’s membership of the European Union. It also wants the Conservative Party, or at a minimum its individual members, to be allowed to campaign forBritainbeing ‘better off out’.

To estimate the size of that minority within the parliamentary Conservative party, we need only go back to 24 October 2011, the day the House of Commons voted on a motion which proposed that the UK should hold a referendum on British membership of the EU. The government’s official position was that it was opposed to the idea and that Conservative MPs should vote against it. Yet, in spite of a three-line whip to that effect, some 81 Conservative MPS voted for the motion that a referendum be held, while (according to expert estimates) some 14-19 abstained instead of voting against it. Undoubtedly, the rebellion would have been smaller had the vote been on a piece of legislation rather than a motion.  On the other hand, it might have been bigger had those with government jobs been allowed to vote according to their consciences.  Accordingly, the figures give us good reason to believe that there are around one-hundred Tory MPs who, at the very least, are located towards the hard end of the hard-soft sceptical continuum.  This represents just over 30 per cent of the parliamentary Conservative party. To put this in historical context, the biggest parliamentary rebellion that Margaret Thatcher faced on European policy (on the Single European Act) was made up of 10 MPs, constituting just 3 percent of the parliamentary party, and John Major and his government faced a rebellion of 41 Conservative MPs (12 percent) during the ratification of the Maastricht Treaty in 1993.

That vote in the House of Commons was one reason why Cameron torpedoed the idea of the EU’s Fiscal Compact becoming a full-blown treaty two months later in December 2011. There were of course other reasons why he refused to sign, such as his inexperience in international negotiations, a lack of preparedness, his desire to protect the City of London from excessive European supervision, and even his own (and his Chancellor’s) Euroscepticism. But it is undoubtedly the case that domestic politics came into it: the need to appease and assuage Conservative backbenchers was certainly prominent if not uppermost in Cameron’s mind.

Worse (if one supports the UK’s membership of the EU) was to follow, for Cameron returned from the bust-up in Brussels as a hero – at least as far as most Conservative MPs and most Conservatives in the country were concerned. He became even more of one when the Party’s opinion poll ratings suddenly improved – not only, it seemed, had he done the right thing but was being rewarded by voters for doing it. This was exactly what many Eurosceptic Conservatives had always argued: the harder the line the government took, the more the Party would get credit for it from the public. In fact, the spike in Tory fortunes turned out to be a temporary blip.  But Euroscepticism is a mindset and therefore either impervious to evidence or highly selective in its use of it.  Calls for hardening the line against Europe are always accompanied, for instance, by claims that, unless it does so, the Conservative Party will cede so much support to the UK Independence Party (UKIP) that it will lose large numbers of seats to Labour at the next election – something which is theoretically possible but practically pretty unlikely.

Conservative Eurosceptics are now focusing on committing their party to include the promise of a referendum on UK membership of the EU in its manifesto. It is unclear whether they will succeed, but there is some evidence to suggest that the Chancellor of the Exchequer (who is also supposedly still the government’s chief strategist) is minded to agree.  Even more interestingly, there are some in the opposition Labour Party who argue, wisely or otherwise, that, before he does so, Labour should steal a march on him and declare its support for a referendum.

If there is to be a vote, runs their argument, better that Labour look brave enough to take the initiative and, in so doing, potentially create problems for the Conservatives by exposing divisions not between Eurosceptics and Europhiles (for there are virtually none of the latter left) but between those Tories who, at the moment at least, still only want reform of the EU and those who actually want to leave it.

The Labour Party is overwhelmingly reconciled to British membership of the EU. Some 19 Labour MPs voted for a referendum in October 2011 – around 7 per cent of the parliamentary party. Moreover, some of those voting for one did not do so because they necessarily want theUKout of the EU but because they believe in giving people a say on the issue. And none of those 19 Labour MPs was from the new intake in 2010, suggesting that whatever Euroscepticism still lingers in the Labour Party belongs to history not to the future. In short, the idea thatEuropedivides both main parties is, as others have pointed out, now an outmoded cliché. Europe divides them more strongly from each other than it has done for years.

As for the Liberal Democrats, they remain theoretically the most Europhile party, but their credibility on this issue (as on most others) is shot to pieces. The leadership seems practically unwilling or unable to prevent its coalition partner pulling the UK away from Europe and alienating its European partners. However, this does not mean the Liberal Democrats can be ignored. If the next election produces another hung parliament, however much their parliamentary contingent is reduced, the Liberal Democrats could still be ‘kingmakers’ with the ability to determine whether it will be the Conservatives or Labour that leads another coalition government or forms a minority administration.

Yet, whichever party takes over in 2015 (or perhaps even sooner), the prospect of the British public getting a say on the UK’s membership of the EU seems likelier now than it has been for a long time. If there is a Conservative government, either because the Liberal Democrats choose to renew the coalition or because the Conservatives get a small majority, Cameron (or his successor) will find it difficult to resist internal pressure – even assuming for the moment that the promise to hold a referendum fails to make it into the Tory manifesto. If that promise does, in fact, become part of the Conservatives’ platform, then it will almost certainly appear in Labour’s manifesto, too, meaning that even a defeat for Cameron will not prevent a vote.  For Europhiles this is the nightmare scenario – a vote on Europe under a possibly unpopular Labour government facing a Conservative Party which, if past form is anything to go by, will be even more sceptical in opposition than it already is in office.

If there is an in/out referendum on membership, the smart money still says that a strong campaign focusing on the economic consequences of exit could still win the day for supporters of the EU.  But the result is far from guaranteed.  In other words, while the UK leaving the EU is not yet inevitable, and perhaps not even probable, it is now a serious possibility – one that all those who still believe that Britain belongs in Europe have to acknowledge and for which they need to plan accordingly.

This is an edited version of a paper Tim Bale presented to a seminar hosted by the University of Warsaw’s British Socio-Political Studies Group.

Tim Bale – University of Sussex
Tim Bale, author of The Conservative Party from Thatcher to Cameron (Polity, 2010) is currently Professor of Politics at Sussex University but will be moving to Queen Mary, University of London in September – the same month that sees the publication of his new book, The Conservatives since 1945: The Drivers of Party Change (OUP, 2012).