In Britain’s highly politicised social climate in the aftermath of the 7/7 London bombings, this book provides an in-depth understanding of British Muslim identity through migration history, family settlement, socio-economic status, religion and culture, and the wider societal environment. Russell Sandberg finds that Nahid Afrose Kabir‘s emphasis on the importance of biculturalism is an important contribution to that literature. 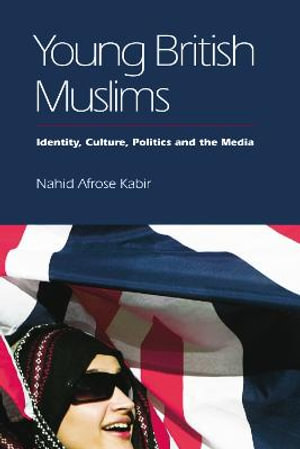 There is still some truth in the old adage that today’s newspapers will be used to wrap tomorrow’s fish and chips. Although newspaper articles are now archived on the Internet, there remains something temporary about print journalism, particularly in its tabloid sensationalist form. The thematic collection of old news items can be therefore worthwhile, showing how the press responded, reported and embellished stories and reminding us of a context which is often quickly forgotten.

Kabir’s book, originally published in 2010 but now available in paperback, provides such a service for an often controversial and complex subject which has often dominated the headlines in the opening years of the twenty first century: the identity, culture and politics of young British Muslims. However, Kabir does not only remind us of how the press has covered such issues as the wearing of Islamic dress and the operation of Islamic courts. Interestingly she also provides an account of how British Muslims have reacted to such issues and to the media reporting of them. The chapters include material from interviewsncarried out with young British Muslims and some Muslim adults in London, Leicester, Bradford, Leeds and Cardiff.

From a personal perspective, the most interesting chapter is the seventh which looks at the fall-out following the 2008 lecture by the Archbishop of Canterbury, Dr Rowan Williams, on the relationship between civil and religious law. Having recently completed empirical research into the working of religious tribunals in England and Wales including a Shariah Council, the chapter entitled ‘Indignation about the Proposal to Include Shariah Law in Britain’ was of obvious interest.

Like many other chapters in the book (such as chapter six, entitled ‘The Niqab Debate’) Kabir’s chapter on Shariah Law performs three different but complimentary functions: first, it explains and examines the issues, providing the context; second, it describes how the story was presented in the British press; and third it discusses her interviewee’s comments. However, while the second and third of these functions are performed admirably in chapter seven, the first function suffers from a regrettable limitation. Kabir’s explanation and examination of Shariah law in the British context (pp.172-176) is based upon ‘newspaper research’ (p.174). This blurs the distinction between the first and second functions. The sources Kabir draws upon to present the issues include National Public Radio, the Los Angeles Times and the Birmingham Post.

Despite this limitation, there remains much to praise in chapter seven. Kabir reminds us of how the press reacted to the Archbishop’s lecture, contending that The Times and The Sun were the ‘most condemnatory of the Shariah issue’ (p.176). She notes how The Times ‘created a reasonable doubt among its readers that all Shariah Councils from Leyton to Dewsbury have been bypassing the British criminal laws’ (p.178) while The Sun dubbed Dr Williams’ comments as a ‘Victory for Terrorism’ illustrating the story with photographs from the 7/7 bombings (p.179). She notes that these and other newspapers ‘evoked the collective identity issue’ depicting the ‘Muslim Other’ (p.176, 184).

These specific examples show how the press simplified and trivialised the issues which arose from the Archbishop’s nuanced and erudite lecture. Moreover, Kabir reminds us that this ‘them and us’ approach was not reserved to the media. This is shown in her account of how the response to the Archbishop’s lecture by the then Prime Minister Gordon Brown.  She points out that, although the line from Number Ten was that ‘British laws should be based on British values’, Brown himself as Chancellor brought in legislation that facilitated Islamic financial transactions. Kabir’s scathing assessment is that the former Prime Minister ‘was guilty of a double standard’ and this showed how ‘British politicians are capable of emphasising the dangers inherent in Shariah law to suit their purpose’ (pp.175-6).

At this point, it is easy to become depressed by Kabir’s presentation, which shows the low level at which the debate was pitched by both the media and the political classes. However, such feelings are allayed as the chapter moves onto discharge its third function: Kabir’s elucidation of the key points made by 116 of her interviewees. Their thoughtful engagement with the key issues provides hope that complex and controversial issues can be discussed in the public sphere. Although some of the interviewees were unsurprisingly confused by the Shariah debate, others praised the Archbishop’s neutrality, noted distinctions drawn in the Quran, observed the extent to which Shariah law was already in use, and were equally critical of both the misuse of Shariah law and the disproportionate response of the media (p.186). In short, unlike the press and politicians, the interviewees grasped what Kabir refers to as the ‘multicultural dilemma’ (p.187).

In chapter seven and throughout the book, Kabir shows how her interviewees considered themselves as being both Muslims and British (p.216). Moreover, she shows how the press have seemingly been unable to grasp this fact and have instead focussed, in the main, upon presenting the ‘Muslim Other’. This is especially true of the media furore that followed the Archbishop’s lecture. And this was particularly ironic given that Archbishop’s message was that ‘we have to think a little harder about the role and rule of law in a plural society of overlapping identities’. One of the positive results of the Archbishop’s lecture has been the increase in academic research concerning the operation of religious laws and tribunals, shedding light upon an area where originally there was only heat. Young British Muslims is to be welcomed as an important contribution to that literature.

Dr Russell Sandberg is lecturer in law at Cardiff University where he researches at the Centre for Law and Religion. He is author of Law and Religion (Cambridge University Press, 2011), co-author of Religion and Law in the United Kingdom (Kluwer Law International, The Netherlands 2011) and co-editor of Law and Religion: New Horizons (Leuven, Peeters 2010). He is currently working on a monograph on religion, law and society for Cambridge University Press and is co-editing a volume on religion and legal pluralism for Ashgate. Read more reviews by Russell. 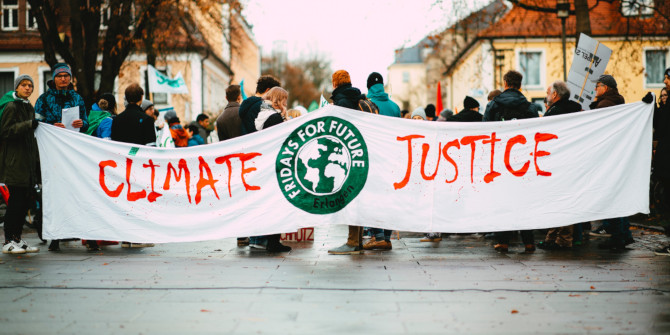