By setting contemporary British foreign policy into its historical context, this book provides fresh insights into why Tony Blair’s government felt it must participate in the Iraq War and questions anew why this decision was flawed. Andrew Holt thinks that although the book contains little new information to add to the rich historiography on twentieth-century Anglo-American relations, it does provide novel ways of thinking about hegemony and the special relationship.

In all discussions of Britain’s world role, the question of the state of the special relationship is never far from the surface. The furore over President Barack Obama’s decision to move a bronze bust of Winston Churchill from the Oval Office highlighted some of the insecurities on this side of the Atlantic, which the President’s subsequent choice of gifts to the Queen (an iPod) and Prime Minister Gordon Brown (a collection of DVDs) did little to assuage. By the time David Cameron made his first visit to Washington as Prime Minister in July 2010, the British media was ‘[sounding] the death knell of the special relationship’ (p. 148). The European Union has meanwhile continued to develop its Common Foreign and Security Policy, most recently via the Treaty of Lisbon. Not for the first time since 1945, does it seem Britain’s relations with the United States and with Europe are at a crossroads.

Simon Tate aims to address this issue in his appraisal of post-war British foreign policy. His timely book is intended to ‘offer fresh insights into contemporary debates about the state of the special relationship’ (p. 6) with reference to the legacy of previous British policy and its continuing impact. It focuses particularly on how British governments perceived the relationship. The book is interdisciplinary in approach, exploring themes from geopolitics to culture. The author himself has a background in geography, but relevant literature from history and the social sciences is utilised effectively.

This is a short book of five chapters. The first introduces the concept of hegemony, re-interpreting this using the work of Antonio Gramsci. By applying Gramsci’s ideas, it argues that insights into the special relationship can be gleaned from the idea of a hegemonic distribution of labour. Viewed through this lens, British governments believed that Britain retained an independent and important role in the world despite American superiority. Gramsci’s concepts of caeserism and transformisio are invoked to help explain how Britain was able to persuade the US of its continued value as an ally.

Having established the framework for the analysis, the second section provides three case studies. These build on the theoretical underpinnings set out earlier and are supported by research from British archival sources where available. Each case study ‘represents a time during which the idea of the special relationship was in a process of flux or crisis’ (p. 12) and the analysis that accompanies them does illustrate recurring themes. However, the case studies all also cover relative high points in the relationship and were marked by strong personal relations between President and Prime Minister. It would be useful to see the author consider other examples, such as Harold Wilson’s government’s handling of foreign policy during the Vietnam War, or Ted Heath’s attempts to distance himself from the US as he moved towards securing British membership of the European Economic Community.

The spectre of Winston Churchill and his wartime foreign policy looms large throughout the book. As such, it is unsurprising that this first case study best illustrates the author’s main argument. As World War II drew to a close in 1945, the US was the dominant western power militarily and economically. However, the British government – like its successors – had no wish to relinquish Britain’s world role. There was an acknowledgement of Britain’s relative decline, ‘Yet, rather than acceptance, the Foreign Office files record that the British government actively sought strategies with which to counter such opinions’ (p. 59). Churchill’s concept of Britain sitting in the overlap between three circles – representing the United States, Europe and the Commonwealth – fits well with the idea of a hegemonic division of labour. Through the country’s leadership roles in Europe and the Commonwealth, Britain could offer something unique to the western alliance.

The final two chapters look at British foreign policy during the governments of Harold Macmillan and Tony Blair. In both cases the author shows how attempts to emulate Churchill’s approach. While Macmillan emphasised concept of interdependence, Blair sought to ‘bridge’ the gap between the US and Europe. Yet the same fate befell both: accusations of Britain acting as America’s stooge. Thus, the special relationship ‘never quite lived up to British expectations’ (p. 155). In the light of this, the author concludes Britain should move beyond Churchill’s circles and look instead to forging stronger partnerships with other nations, especially the country’s European neighbours.

The book is clearly written, easy to follow and is accessible to a full range of audiences. Its historical analysis is sound and is well integrated with theoretical insights from Gramsci. The book contains little new information to add to the rich historiography on twentieth-century Anglo-American relations. It does, however, provide novel ways of thinking about hegemony and the special relationship, and should appeal particularly to those from approaching the topic from an interdisciplinary standpoint.

Andrew Holt is currently Teaching Associate in Diplomacy and International History at The University of Nottingham. His research interests lie in the field of twentieth-century British foreign policy. 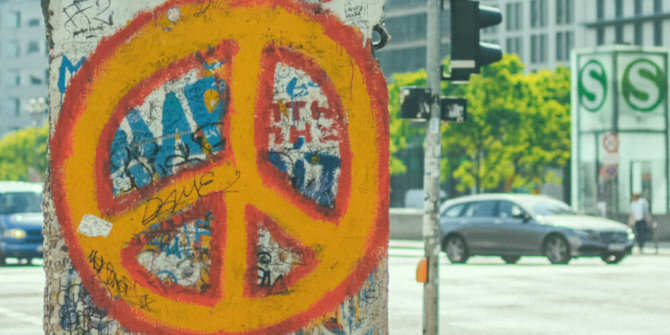