Since it was founded in 1948, the Free Democratic Party (FDP) has been in federal government for longer than any other German political party. As Amir Abedi writes, however, the party’s traditional role as ‘kingmaker’ in German elections has been steadily eroded by the emergence of the German Greens and the left-wing Die Linke party. Using recent polling data, he notes that all of the likely coalitions to emerge from this year’s federal elections involve the Greens in some capacity.

On March 6 2013 the German Green party celebrated the 30th anniversary of the election of its first set of representatives into the lower house of Germany’s parliament, the Bundestag. The Greens received 5.6 per cent of the votes in 1983: 4.1 percentage points more than when they first ran as a federal political party in 1980, and enough to overcome the 5 percent threshold required for representation in the Bundestag. If one is to believe the latest opinion polls, the Greens are poised to perform much better in the 2013 Bundestag election scheduled for September 22. Polls published during March indicate that the party currently enjoys the support of somewhere between 14 and 16 per cent of German voters. The Greens may even end up being the ‘kingmaker’ after the election: that is, they may occupy a crucial position in determining which of the major parties – the Christian Democrats (CDU/CSU) or the Social Democrats (SPD) – will lead the next federal coalition government.

Historically the role of ‘kingmaker’ has been played by the classically liberal Free Democratic Party (FDP), which is the junior partner in the current governing coalition with the CDU/CSU. Since the 1961 West German election there have always been hung parliaments and every government has consequently been a coalition. In the 1960s and 1970s, when there were only three parties in the Bundestag, the FDP was the crucial player that more often than not determined the major governing party in (West) Germany. The FDP’s pivotal position in the West-German party system was, amongst other things, due to a lack of alternative coalition partners for the Christian Democrats on the right, and for the Social Democrats on the left. Unless they won a majority of seats in the legislature, or were willing to enter a ‘grand coalition’, the major parties had to court the FDP in order to form a viable coalition government.

However, this began to change when a number of groups that had mainly been active in the environmental and peace movements decided to coalesce in the late 1970s. The Greens had emerged as a national political organisation. Their anti-establishment, eco-libertarian and post-materialist agenda attracted many better-educated younger, mainly urban voters. In a relatively short amount of time they managed to establish themselves as an influential (though rarely crucial) player at the state (Land) and federal levels, and thus as a potential challenger to the FDP. Initially the Greens could not translate their growing influence into the same regular pattern of government participation that the FDP managed to establish. Rather, the Greens’ internal fights over whether the party should join a government with any of the established parties at all, and then later their exclusive coalition arrangements with the SPD, made the party seem much less of a ‘kingmaker’ than the FDP. After all, the Free Democrats had shown that they could successfully coalesce with both of the main centre-right and centre-left parties.

In a recent study, I (along with my co-author Alan Siaroff) tried to ascertain the degree of influence of the FDP and the Greens, both federally and at the state-level, using data from 1949 to 2010. The results of the analysis show that based on our measure the Greens have now equalled, if not replaced the FDP as the country’s most influential small party. What explains this development? For one thing, while the Greens seem to have been politically tied to the SPD, the FDP has become more dependent on the Christian Democrats. The FDP has had long-standing loyalty to the CDU/CSU (beginning in 1982) and, particularly through its 1997 party platform, began to emphasise neo-liberal economic reform policies and de-emphasise its traditional defence of civil liberties and acceptance of social welfare programmes. Thus, there has been a much greater sense of bipolarity in the German party system (with the CDU/CSU and FDP pitted against the SPD and Greens). The Greens benefited from the FDP’s transformation into a more neo-liberal party by winning over many of the left-liberal voters who no longer felt at home with the Free Democrats. Moreover, over the years the Greens not only streamlined their internal party organisation but also broadened their programmatic stance to include more policy areas, in addition to their traditional focus on environmental and foreign/defence policies. They also opened themselves up to possible cooperative arrangements with parties on the centre-right of the political spectrum. Beginning in the 1990s, formal cooperative arrangements with the CDU had increasingly been established at the municipal level. In 2008 the first CDU-Green coalition was established at the Land level in Hamburg. The formation of a CDU-FDP-Green coalition in Saarland in 2009 illustrates another strategic advantage that the Greens now enjoy in an increasingly fragmented German party system.

According to the most recent polls, the CDU/CSU can expect to receive around 40 per cent of the votes, the SPD somewhere between 26 and 29 per cent, the Greens between 14 and 16 per cent, the FDP about 5 per cent and Die Linke (the Left), around 7 per cent. In other words, if the final election result is in line with what the polls indicate, there will be neither a majority for the current CDU/CSU-FDP coalition, nor for an alternative SPD-Green alliance. Unless the major parties agree to form a ‘grand coalition, as they did in 2005, the Greens will therefore end up being the ‘kingmaker’. Since the only alternative to a ‘grand coalition’ in that scenario is either a CDU/CSU-Green coalition, or a three party coalition, it is significant to note that the Greens are the only party that is included in all of the three most-likely combinations: namely SPD-FDP-Greens, CDU-FDP-Greens, and SPD-Die Linke-Greens. If one takes these developments into account, then it is no longer surprising that the Greens are now more pivotal than the FDP.

Amir Abedi – Western Washington University
Amir Abedi is an Associate Professor in the Department of Political Science at Western Washington University. His research interests include political parties and party systems in advanced industrial democracies and western European politics. He is the author of Anti-Political Establishment Parties: A comparative analysis (Routledge, 2004) and has published his research in, among others, the European Journal of Political Research, German Politics, and Parliamentary Affairs. 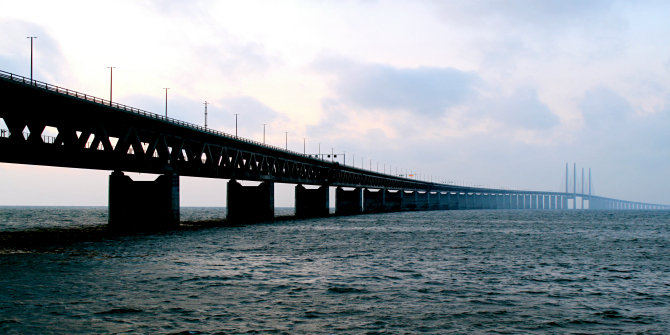