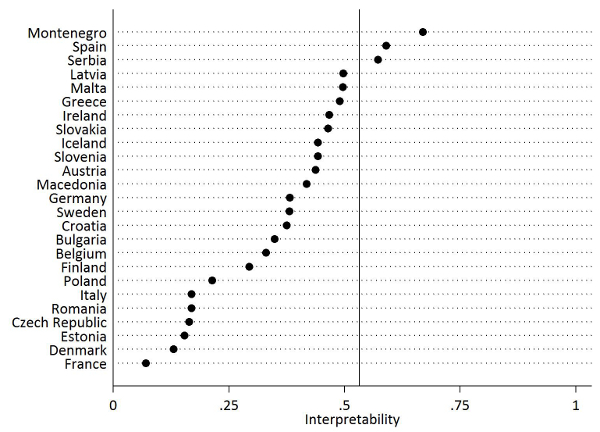 Notes – Interpretability is calculated using equation 4 in Melton, Elkins, Ginsburg, and Leetaru (2013). The measure is adjusted to remove the variance associated with the interpretation procedure (i.e. the coding procedure and coders employed by the CCP) and rescaled to range from zero to one, where zero represents the lowest observed level of interpretability and one the highest observed level of interpretability. The constitutions represented in the figure are those in force in each country circa 2006.

Why are Europe’s constitutions so difficult to understand?

The effect of the aforementioned textual attributes suggests that a constitution’s age might have an indirect effect on interpretability. Constitutions written recently tend to be longer and much more detailed than their counterparts written a century ago. The former more closely resemble legal statutes than classic examples of constitutions written in the United States or in 19th century Europe. They tend to have lots of short provisions that clearly and fully articulate the institutional structure and, as a result, are easier to interpret.

What are the implications of low interpretability?

There is significant debate about the virtue of interpretability. Arguments supporting vague or unclear laws are not uncommon. However, advocates of plain language note several benefits associated with interpretability. For instance, a necessary condition for compliance with the law is that subjects understand its meaning. Without clear laws, one is unsure how to behave and, thus, the relationship between the enforcers and the subjects can become arbitrary. Interpretability is also related to theories of constitutional self-enforcement. Self-enforcement requires that subjects of the constitution are willing to take coordinated action to punish those who violate its tenets. Such coordination is only possible if there is agreement on what constitutes a violation and how violations are to be punished, which is facilitated by an easily interpretable constitution. 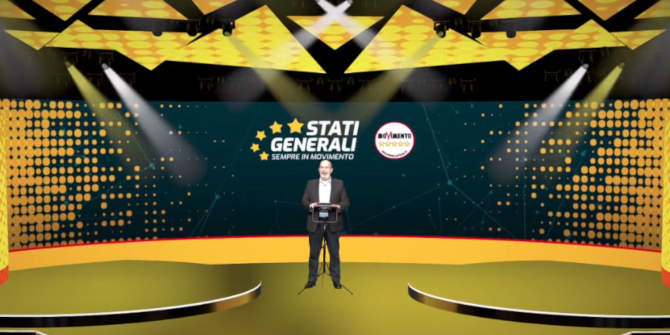