Friday sees a meeting of the European Council in Brussels. Ahead of the summit, the European Council on Foreign Relations presents the view from seven of the EU’s capitals. The European Commission released its draft budget for 2014-2020 on Wednesday. Open Europe looks at the good (the budget is being cut by 6 per cent), the bad (savings have been mainly via amending budget measures), and the ugly (the budget’s substance is largely unreformed) of the proposals. Friday’s summit does see an EU budget deal reached by the EU’s institutions. The European Citizen says that the Council’s previously agreed cuts remain, with the parts of the budget most valued by national governments remaining at the expense of some discretionary spending. Open Europe says that many MEPs’ budget demands have gone unmet, other than extra help for youth unemployment and an €11.2billion top-up of the budget for 2013.

Décrypter la communication européenne looks at the EU’s democratic deficit, and whether or not a European demos is possible. Meanwhile, Lost in EUrope says that most of the EU’s decisions are now being deferred until after the German elections in September. Coulisses de Bruxelles is concerned at the level of force used by European Commission security against FEMEN activists this week who were protesting against the meeting of the Tunisian Prime Minister and Commission President Barroso. Meanwhile, the Centre for European Reform looks at what is wrong with the European Commission.

Open Europe looks at whether or not the practice of SISO (Sign up and Sod off), where some MEPs sign into the European Parliament in the morning to claim €300 expenses and then leave without doing any work, still occurs. Later, they discuss the apparent censorship of a Youtube video of an MEP’s confrontation with a journalist over the matter by an Italian media company with links to Silvio Berlusconi. Au cafe de l’Europe looks at three MEPs who are in the limelight this week, Nigel Farage who has been accused of tax evasion, Marine le Pen, who may have her parliamentary immunity lifted, and the new Croatian MEP Ruza Tomasic, who is showing her Euroscepticism before even attending the Parliament.

Open Europe looks at the continuing negotiations towards an agreement on a procedure for bank bailouts, saying that the debate over the policy is split into two broad groups: one, led by France, that focuses on greater national discretion, and the other, led by Germany, which wants less flexibility and a standard framework. On Thursday, Open Europe also writes that eurozone finance ministers have reached an agreement on bank bail-in plans, saying that while it is a compromise with some flexibility, it has a long time frame (the rules will not come into force until 2018).

The FT’s Brussels blog looks at concerns that Greece’s €172 billion bailout might be running out of cash. There may well be a €3-4 billion financing gaps, which will cause problems in 2014 when the financing is due to end. Writing at Blogactiv.eu, Bankwatch critiques the European Bank for Reconstruction and Development’s new host country agreement with Egypt, given that human rights abuses are still ongoing in that country.

Spain currently faces the spectre of over 6 million people unemployed (a rate of 27 per cent). Nada es Gratis looks at who has become unemployed since the crisis, and why. They find that those who worked in the construction, hospitality, or administrative sectors had only about a one third chance of retaining their jobs during the crisis. Many Spaniards are moving to Germany to find work. EuroSavant looks at what the effects of this migration might be on both countries.

Following the party congress of Germany’s leftist Die Linke, Revolting Europe wonders if there is a future for the German left. They say that the opposition SPD and Green parties have veered left on domestic issues, including taxation and minimum wages, policies which cover Die Linke’s usual voter base. Meanwhile, Rhein on Energy and Climate, writing at Blogactiv.eu looks at the ‘shambles’ of the German solar industry, writing that it has been over subsidised and is currently massively underpeforming. Lost in EUrope says that Germany now wants to stop stricter EU climate targets for new cars, because the government is following the wishes of the automotive lobby.

Romanian MEP Corina Cretu reports on the meeting of the Council of the Party of European Socialists in Sofia, Bulgaria, to plan 2014’s campaign for the European Parliamentary elections. This week also sees protests in Bulgaria over alleged government corruption. Lost in EUrope says that these protests are being largely ignored by the EU in Brussels.

In light of the protests in Brazil over investment in infrastructure for the coming World Cup and Olympics, Beyond the Transition draws a parallel with Poland, which spent a great deal of EU funds on stadiums for its hosting of the Euro2012 tournament. These stadiums are now largely unused, and their ongoing costs are a problem. Rhein on Energy and Climate, at Blogactiv.eu reckons that such stadiums should be financed privately.

The weekend saw a by-election in the French seat of Villeneuve-sur-Lot, and victory for the centre-right UMP. French Politics comments that the strong showing by the radical right Front National party shows that the centre of French politics is not holding. Coulisses de Bruxelles looks at disagreements between France and the European Commission (and its President Jose Manuel Barroso). France seems to be blaming the Commission for many of its problems, and is increasingly at odds with negotiations for a free trade agreement with the USA. Meanwhile, the OFCE blog looks at new proposals for pension reforms in France, aimed at reducing the pension deficit by increasing taxes paid by retirees, and increasing the contribution period.

In the wake of the resignation of Czech Prime Minister Petr Nečas over a corruption scandal last week, New Eastern Europe weighs the options of the President, Miloš Zeman, who could appoint a new Prime Minister now, call for fresh elections, or form an interim technocratic government until May 2014, with himself at the helm. They wonder if the affair might have been an orchestrated attempt by Zeman to expand the powers of the Presidency.  Meanwhile, A Fistful of Euros has a close look at the Czech economy, saying that the country is facing the prospect of low growth due to its demographic challenge, and focus on exporting to the EU, an area where demand has dried up due to the eurocrisis.

Tuesday sees former Italian President Silvio Berlusconi sentenced to seven years in jail for sex with an underaged prostitute. Open Europe says that the verdict is unlikely to immediately put the Italian government at risk, but that may change if he is also convicted in the various other trials he is currently facing, and is then banned from holding public office.

Thursday sees news that Ireland has fallen back into recession, according to Lost in EUrope. Meanwhile Nada es Gratis looks at the rise in mortgage defaults and changes to Ireland’s insolvency laws in recent years.

Last week, US President Barack Obama spoke in Berlin on the USA’s relationship with Germany and Europe. The GMF blog compares his speech to Kennedy’s “Ich bin ein Berliner” speech of fifty years ago, saying that while it could have been delivered better, it was the right one for the current generation.

New Eastern Europe looks at recent attempts by Russia to form a Customs Union with the former Soviet states. They have not gone all that well, facing opposition from America, and the difficulties it would introduce in Russia’s drive to agree to a visa-free regime with the EU.

The weekend sees revelations that the UK’s intelligence agency, GCHQ has been tapping the world’s fibre-optic communications. Lost in EUrope says that the EU and the European Parliament should not let this stand, as it is a breach of the EU’s guarantees of the protection of personal data. Jon Worth observes that the British press is staying relatively silent on the issue.

Recent protests in Turkey have put that country’s EU accession negotiations in doubt. Lost in EUrope reports that the negotiations have actually only been delayed until after Germany’s elections in September.

European Geostrategy looks at the EU’s technical and political difficulties in providing a rapid response capability. They argue for better early warning systems and analysis, more options for defense cooperation, and a “tipping the balance” strategy for counter-insurgency.

Con Acento Hispano, writing at Blogactiv.eu looks at the ongoing trade row between the EU and China over solar panels. They argue for a common EU position on Chinese imports, which may be hard given Germany’s concerns over their exports to China.

Open Europe looks at the likelihood of power cuts in the UK in the coming years due to the increasing reliance on wind power. mandated by EU rules that are also leading to the shutting of coal plants: 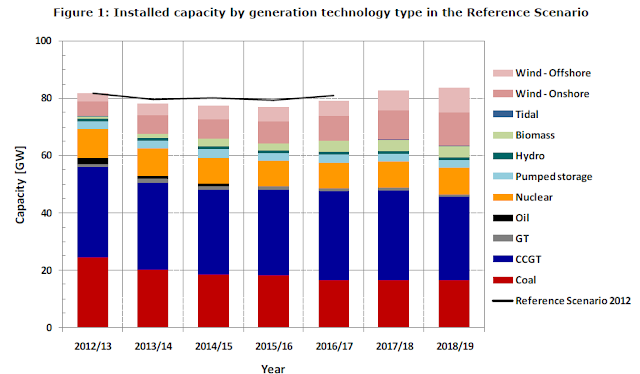 The FT’s Brussels blog has an ‘innovative’ Twitter chat on the arrival of European leaders for the European Council summit.

Brussels blog round up for 22 – 28 September: Maastricht 2.0, Westerwelle’s fantasy, and can some good come from eurocrisis?