Euroscepticism is rooted in a broader authoritarian worldview that also includes higher levels of nationalism and hostility to ‘outsiders’.

What factors are likely to lead to citizens opposing European integration? Erik R. Tillman notes that a number of recent studies have attempted to explain opposition to the EU in terms of social identity. Drawing on these studies, he argues that those who oppose the EU are likely to subscribe to a particular ‘authoritarian’ worldview which includes a predisposition towards order and conformity. He finds evidence for this hypothesis in an analysis of survey data, suggesting that simply improving economic growth or enacting democratic reforms will not be enough to reverse negative public opinion about the integration process.

Since the ratification of the Maastricht Treaty two decades ago, proponents of European integration have faced a dilemma of sorts. Increasingly, public support is necessary for further integration as European issues become more salient in national politics and as member-state governments more frequently call referendums on European questions. At the same time, public support for the European Union (EU) has declined, making it more difficult for European elites to convince their electorates to support further integration.

Scholars who study European politics have naturally sought to understand the sources of growing public opposition to the EU. Early research analysed the economic sources of public attitudes: individuals who believe they and/or their national economies benefit from EU membership are more likely to support it. In the past decade, there has been a shift toward research emphasising the role of social identity in shaping EU attitudes. For example, those that identify strongly with their nationality oppose European integration. Similarly, opposition to immigration and hostility towards members of foreign religions also increase opposition to the EU. The findings from this line of research are important and compelling. What is missing is a broader understanding of how these different indicators of social identity—national identity, xenophobia, and EU opposition—are related. 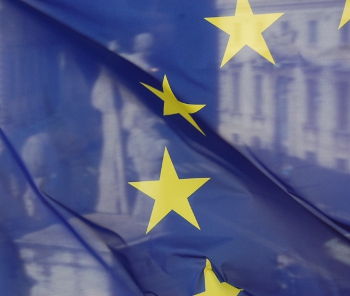 To answer that question, I draw upon a concept from the study of psychology: authoritarianism. The study of authoritarianism dates back to the immediate postwar years and the publication of The Authoritarian Personality. Authoritarianism describes an individual predisposition characterised by a high need for order, presumably as a means of coping with the uncertainty and anxiety of social life. This need for order manifests in several characteristic traits. Authoritarians display a tendency to rely upon established and traditional sources of authority for guidance. They are more likely to submit their own autonomy to the judgements of established authorities, and they are likely to react with discomfort or hostility towards challenges to those authority figures. They also display a tendency to view the world in binary terms (right vs. wrong, good vs. evil, etc).

Crucially, this pattern of thinking extends to the social world: authoritarians are more likely draw sharp distinctions between members of in-groups, with which they identify closely, and out-groups, and they strive to maintain cohesion within their social groups. By contrast, non-authoritarians (i.e., those who do not display authoritarian traits) display a greater concern for maintaining individual autonomy, along with more willingness to tolerate ambiguity and to accept challenges to traditional sources of authority.

Drawing on this concept allows us to understand the relationship between social identity and EU attitudes described above. Authoritarianism shapes an individual worldview that promotes strong in-group attachment, adherence to traditional values and sources of authority, and hostility towards threats to that traditional authority or in-group cohesion. In the European context, authoritarians should be more likely to identify strongly with their national community and to express hostility to out-groups such as immigrants or members of foreign religions who might undermine social cohesion. The translation of this worldview into actual social and political attitudes depends on the external environment. To generate opposition, there must be a threat. The early years of European integration posed no particular threat to social cohesion or state sovereignty, but the EU increasingly does in the post-Maastricht era. European integration constitutes a threat to the social cohesion of the national community by promoting intra-EU migration (and EU enlargement has increased both the number of potential migrants as well as their diversity). The EU also erodes state sovereignty as power is transferred to supranational institutions, which authoritarians may view as a threat to the legitimate political order. Symbols of European integration, especially the common currency, reinforce this perceived threat. As a result, authoritarians should be likely to oppose European integration.

In a recent study, I find evidence in support of these claims. Opposition to European integration derives from the same underlying authoritarian predisposition that generates hostility towards immigrants and foreign religions. This result suggests that opposition to the EU is rooted in a broader authoritarian ‘worldview’ that also includes higher levels of nationalism and hostility to social or religious ‘outsiders’. This finding also suggests that one cause of the shift in public opinion during the past two decades from a “permissive consensus” to a “constraining dissensus” was the result of increasing opposition by authoritarians.

Given the growing importance of issues such as European integration, immigration, and globalisation, political divisions between authoritarian and non-authoritarian voters and parties may become more salient. Authoritarians are likely to see each of these as a potential threat, and they will be receptive to elite messages to defend the nation-state. The end result could well be a realignment of national party politics, which Hetherington & Weiler argue has occurred in the United States. Because this authoritarian/non-authoritarian divide reflects a worldview rather than a divisible political issue, such a realignment may have negative repercussions for compromise and governability in national political systems.