In the 2011 Finnish parliamentary elections, the Eurosceptic True Finns became the third largest party in the country’s parliament. As Juha Jokela writes, the election suggested that Finland’s pro-European outlook might be on the verge of hardening. However he argues that in the two years since the election Finland has maintained its pro-EU orientation, with the country’s ‘consensus machinery’ inhibiting the development of a more Eurosceptic Finnish EU policy.

The landslide victory of the Finns Party (earlier the True Finns Party) in the Finnish parliamentary election in 2011 distorted the Finnish party system, with ramifications for the country’s EU policy. Instead of three pro-European main parties, the country emerged from the election with four big parties – the third biggest one being openly Eurosceptic.

Even if the Finns Party did not make it into government, its Euroscepticism had an impact on the current government’s EU policy. In the run up to the elections, the main parties attempted to respond to the challenge presented by the True Finns by adopting tougher EU stances. As a result, Finland – empowered by its triple-A-credit-rating in the euro group – was to emerge as a tougher player in terms of new EU rescue programmes as well as EU politics more generally.

The turn in Finnish EU policy did not however change the foundations of the Finnish-EU relationship. And after two years, the suggested change in Finnish EU policy appears to be rather insignificant. Yet the country has opted for somewhat more cautions policies vis-à-vis Europe and has arguably gained a reputation as a ‘trouble maker’.

The new government did seek and secure collaterals for the second Greek loan programme, delimiting Finnish taxpayers’ risk in the case of Greek default. At the same time, however, it agreed to set up the €500 billion permanent stability fund, and argued that collaterals would not be needed for new loan programmes launched through the fund as these would have a privileged position in case of default, similar to the IMF loans.

Moreover, no major change can be discerned from the government’s white paper on Finnish EU policy, which is currently being debated in parliament. Finland is wholeheartedly committed to the single currency and the EU, and it continues to play an active and constructive role in Europe. The government strives for fair integration, which underlines member states’ responsibilities over their economies, and compliance with EU norms and rules. This is seen as being essential for the legitimacy of, and solidarity within, the EU.

Interestingly, the UK’s plan to renegotiate its EU relationship has been downplayed by the government. Indeed, the government’s white paper suggests that a review of EU competences is not relevant at the moment. Yet the government and Finnish parliament, which occupies a central role in Finnish EU policymaking, has been keen to highlight the subsidiarity principle. The extensive nature of EU regulation is also currently debated as a part of a domestic political agenda suggesting de-regulation as an answer to sluggish economic growth. So far the government’s emphasis has been on better EU regulation, rather than fewer EU competences.

While the opposition has criticised the government’s EU policy, it has not come up with proposals suggesting profound changes to it. The Centre Party, which was heavily defeated in 2011, has regained its position as the largest party in the country in recent polls. The party has however built its current support among the electorate by focusing on domestic rather than EU affairs.

The Finns Party has retained its position as one of the four big parties of the country. Currently it ranks second in the polls. The party’s Euroscepticism, however, appears to be moving in an increasingly moderate/fuzzy direction. Its latest party conference this summer intended to clarify the party’s position on Finland’s membership in the euro, after years of fierce criticism towards the single currency. Previously, the party has suggested that it is not committed to the euro, yet failed to clarify what else, other than resisting rescue programmes, this means in policy terms.

The commonly held view among the party’s members suggests that the EU, and in particular the euro, is a mission impossible which will eventually collapse, and therefore Finns should prepare themselves for an uncertain future. The party’s rivals have criticised it for failing to clarify whether this means that Finland should leave the single currency, or what would be feasible alternatives for it. The party conference decided not to address the question put forward by several delegates. Forming a position was delegated to the European Parliament election working group, and the leadership of the party.

The failure to provide a simple “yes” or “no” answer was followed by the party leader’s announcement that he will not run for the next European Parliament elections in 2014. Instead, he will focus on the ensuing Finnish parliamentary elections to be held no later than 2015, with an objective to emerge as the leader of the largest party of the country and hence the strongest candidate for the prime minister’s office. As the formation of a functioning majority government in Finland requires coalition partners, the party’s vague position on the EU and euro becomes understandable.

While the emergence of an openly Eurosceptic and populist party in Finland is indeed a historic event, its powerbase and implications have been over exaggerated. In the 2011 elections, the Finns Party’s support skyrocketed from 4.05 to 19.05 per cent. In post-election polls, the party’s support ratings have varied between 14 and 20 per cent. In an electoral system based on proportional representation, this will not translate into full control of the country and its EU policy.

Even if the Finns Party were to emerge as the largest party in the next parliamentary election, it is bound to form a coalition government with one or more of its main rivals, all of which are pro-European. The famous Finnish consensus machinery seems to be working at full power. The Eurosceptic Finns Party is increasingly hesitant of take positions which would be deemed to be too radical, and thus damage its ability to form or participate in the next government.

At the same time the Finnish public seems to be re-focusing on domestic affairs and in particular on concerns related to the health of Finland’s economy. Alongside the struggling Nokia Phones company, the former pride of the country’s high-tech economy, being handed over to Microsoft, the government has also warned that the country’s credit rating is under threat, and the country’s public debt is rapidly closing the 60 per cent of GDP threshold which will cause alarm in Brussels and other EU capitals. This is likely to make Finns more humble, and constructive vis-à-vis its main export market area, the European Union. 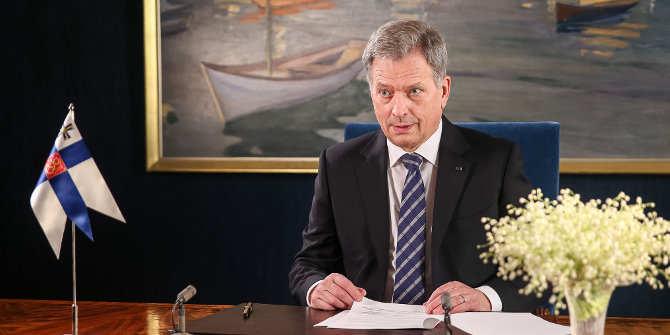 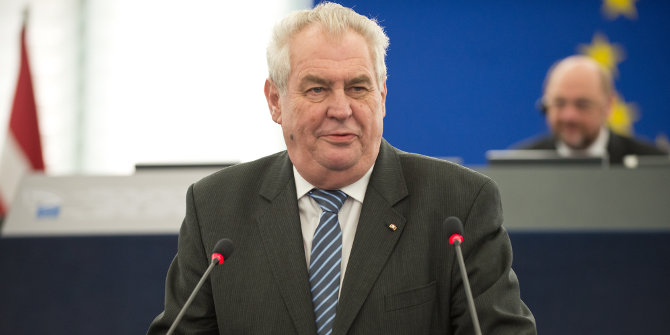