Over the past few years, when the EU (together with the IMF) has had to rescue several member states from economic collapse, Finland has boasted with self-confidence. No longer. Finns have come back from their lakeside summer cottages to face grim figures about the economy 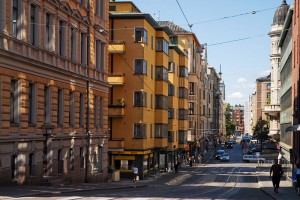 . While industrial production has returned to small growth in the Eurozone, fresh statistics place Finland at the bottom among EU countries with a 5.7 per cent drop in industrial output between June 2012 and June 2013. Confederation of Finnish Industries, the leading interest organisation of Finnish companies, sees the main reason in a creeping decrease of competitiveness over several years. Finland, it claims, is comparable to Italy these days – one can hope Italians will not be offended. The government is ringing the alarm bells and warning about painful structural reforms ahead.

A favourite sport of Finns a couple of years ago was Greece-bashing. There was popular anger over those ‘lazy Southerners’ expecting hard-working Finns to pay for their irresponsible behavior. Only more recently has the anger become mixed with some empathy, as the amount of human suffering and social distress in the crisis countries has been widely reported in the media.

Last year, following Finland’s tough positions on Eurozone bailouts, came widespread speculations about the country planning to leave the Eurozone. Those speculations have been largely left behind, too. Even the Finns Party, which suddenly became one of the most popular parties of Finland on a Eurosceptic platform in the parliamentary elections of 2011, is not suggesting that Finland should step out of the EU or the Eurozone. Perhaps Finland is still a country of consensus politics, with most of the elite currently sharing the view that it has to steer through the economic crisis in the Eurozone boat and jumping out might be suicidal.

Public support for the EU and the euro has remained relatively high: according to the latest Eurobarometer survey conducted in spring 2013, 41 per cent of Finns trust the EU, in comparison to just 29 per cent of Germans, 25 per cent of Italians and even smaller numbers of other Southern Europeans. The dramatic drop of confidence in the EU seen in Southern parts of Europe has not been replicated in the North. However, as the struggle to get out of recession gets tougher, there is the danger that there will be politicians and citizens in Finland who blame the EU for the hardships. They tend to forget that economic and social policies are still largely in the hands of member states.

The autumn will show whether the current coalition government, which struggles with a loss of popularity, will be capable of launching the structural reforms that it speaks about. The day may come when Southern Europeans, having been through tough reforms, will be pointing the finger at stagnant Northerners incapable of re-inventing their unsustainable welfare systems and getting more competitive.

Dr Kristi Raik is researcher in the EU programme of the Finnish Institute of International Affairs.

3 Responses to Finland Turns Humble as its Economic Outlook Worsens