Emmanuel Dalle Mulle is post-doctoral researcher at the Graduate Institute of International and Development Studies, Geneva, and non-resident fellow at the Centre for Sociological Research of the University of Leuven.

amin De Cleen is an assistant lecturer at the Department of Communication Studies of the Vrije Universiteit Brussels. He works mainly on populist and radical right discourse.

Demetriou is a social anthropologist and holds a PhD from the London School of Economics. She joined PRIO Cyprus Centre in 2006, following post-doctoral appointments at Cambridge (Wolfson College) and Oxford (St Peter’s College) Universities. She has carried out fieldwork in Western Thrace and Cyprus and has been working on issues of human rights, minority-state relations, refugeehood, gender, and migration. Her latest book is Capricious Borders: Minority, Population and Counter-Conduct between Greece and Turkey (Berghahn, 2013).

Daniel Devine is a PhD researcher in Politics at the University of Southampton, and a Research Fellow on the TrustGov Project. He studies political attitudes, European and British politics, and voting behaviour. His personal website is here and he can be found on Twitter at @DanJDevine.

Paul De Grauwe is a Professor and the John Paulson Chair in European Political Economy at the London School of Economics and Political Science (LSE).

Pieter de Wilde is Senior Researcher at the WZB Berlin Social Science Center in the Department of Global Governance. After studying political science at the University of Amsterdam, he conducted his PhD at ARENA, Centre for European Studies, University of Oslo, on the politicization of European integration. 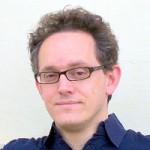 Lorenzo De Sio is a tenure-track Assistant Professor of “Public Opinion and Political Behaviour” at the LUISS Guido Carli University, Rome. Formerly Visiting Research Fellow at UC Irvine, Jean Monnet Fellow at the Robert Schuman Centre of the EUI, Campbell National Fellow at Stanford University, he is the coordinator of the CISE (Centro Italiano Studi Elettorali) and a member of the Scientific Council of the ITANES (Italian National Election Studies). A member of the Methods Working Group of the “True European Voter” international research project (ESF-COST Action IS0806), he participates to the EUDO Observatory on Public Opinion, Political Elites and the Media. His research interests are elections, voting behaviour and party competition in comparative perspective. Among his publications are articles appearing in American Political Science Review, Comparative Political Studies, West European Politics, South European Society and Politics, and all major Italian political science journals.

Constantine Dimoulas is Lecturer in Social Policy at Panteion University, Athens, and senior analyst at the Institute of Labour, the think-tank of the confederation of the Greek trade unions. Constantine Dimoulas  is co-author of Greece, Financialisation and the EU; the Political Economy of Debt and Destruction, London: Palgrave-Macmillan (forthcoming August 2013).

Pınar Dinç is Research and Development Coordinator at Istanbul Policy Center, an independent policy research institute, since March 2016. She received her MRes Degree in Political Science at the Department of Government, London School of Economics in 2011. Her PhD dissertation, Collective memory and competition over identity in a conflict zone: the case of Dersim, focuses on the competition over Dersim’s collective memory and identity by different movements with an aim to explain the causes and outcomes of this competition through macro, meso, and micro dynamics. Pinar graduated from Istanbul Bilgi University, Department of Sociology, with a minor degree in International Relations in 2007. The same year, she began her Master’s Program, Comparative Studies in History and Society, at Koç University. She finished her MA in 2009, with a thesis titled “Discrimination and Silence: The Case of Minority Foundations in Turkey.” She is currently working as a part-time instructor at Koc University. 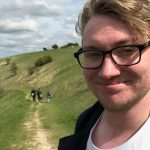 Neil Dooley is lecturer in politics at the University of Sussex and author of ‘The European Periphery and the Eurozone Crisis: Capitalist Diversity and Europeanisation’. His academic profile is here.

Sebastian Dullien is a Professor of International Economics at HTW Berlin and Research Director at the Institut für Makroökonomie und Konjunkturforschung (IMK). 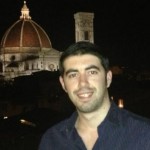 Vincenzo Emanuele  received his PhD in Political Science at Scuola Normale Superiore of Florence defending a thesis on the process of vote nationalization in Western Europe. Previously, he has graduated in Political Science at the University of Florence and has been subject expert in Italian Political System at LUISS Guido Carli in Rome. Today, he teaches Italian Political System at Middlebury College (Florence), he is teaching assistant of Italian Political System at LUISS Guido Carli in Rome and he is a member of CISE (Italian Center for Electoral Studies). He has published articles on Meridiana – Rivista di Storia e Scienze Sociali and on Quaderni dell’Osservatorio Elettorale. He is also the coauthor of book chapters in Terremoto elettorale (Il Mulino, 2014), Il PD secondo Matteo (BUP, 2014), Perdere vincendo (Franco Angeli, 2013), and Le primarie da vicino (Epoké, 2013). He has coedited  the Dossier CISE 3 (Un anno di elezioni verso le Politiche 2013, CISE, 2013), the Dossier CISE 6 (Le Elezioni Europee 2014, CISE, 2014) and the e-book The European Parliament Elections of 2014 (CISE 2014) and The Italian General Election of 2013. A dangerous stalemate? (CISE, 2013).

Anders Ekholm is as Research Director at the think tank Libera Foundation in Helsinki. He is also Associate Professor of Finance at the Hanken School of Economics, Adjunct Professor of Finance at the Lappeenranta University of Technology and has a decade of practical experience from investment management. He has published in international finance journals and won two international research prizes. Amongst others Wall Street Journal and Financial Times have reported about his research.

Maija Elonheimo holds a Master of Science in Agriculture and Forestry. She is a journalist at Yleisradio (Yle), Finland’s public broadcasting company. Over the last few years Maija Elonheimo has been the broacast journalist of Yle’s programme on the European Union, calledBrysselin Kone (‘the Plane to Brussels)

Mark Esposito is an Associate Professor of Business & Economics at Grenoble Graduate School of Business in France, an Instructor at Harvard Extension School, and a Senior Associate at the University of Cambridge-CPSL in the UK. He serves as Institutes Council Co-Leader, at the Microeconomics of Competitiveness program (MOC) at the Institute of Strategy and Competitiveness, at Harvard Business School.  Mark is the Founding Director of the Lab-Center for Competitiveness.  His full profile can be found at www.mark-esposito.com and he tweets as @Exp_Mark. 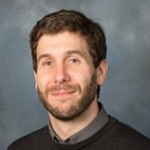 Fabian Ferrari is a doctoral student at the Oxford Internet Institute, University of Oxford. His research focuses on algorithmic power and the future of work. He holds a BA in Social Sciences from the University of Düsseldorf, Germany, and an MSc in Politics and Communication from the London School of Economics.

Vanja Figenwald is Brussels based journalist who writes for a weekly business magazine Lider from Zagreb, Croatia. He holds a masters degree in politics from University of Zagreb and specializes in international economy and European politics.

Alan Finlayson is Professor of Politics at the University of East Anglia. His research combines contributions to the development of democratic political and cultural theory (particularly ‘agonistic’ theories) with the analysis and interpretation of the ideologies shaping British politics and political economy – including “Blairism” and “Cameronism”. In particular he is interested in the intersection of British social policy with ‘financialisation’, and in the development of ‘neoliberal governmentality’. He also has particular expertise in the theoretical and practical study of political rhetoric, a field which he has done much to establish within British Political Studies, and he oversees the website British Political Speech. 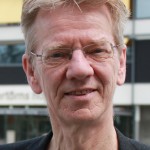 Professor Vassilis K. Fouskas is taking up the chair of International Politics & Economics at the Business School of the University of East. He is the founding Director of the Institute for Conflict, Security and Development Studies (CSDS) and the founding editor of the refereed periodical Journal of Balkan and Near Eastern Studies (Routledge, quarterly since 1998). He read international history, politics and economics at the Universities of Richmond, Athens, Perugia and London. He has been awarded two doctoral titles, from Panteion University, Athens, and from Queen Mary University of London. He is co-author of Greece, Financialisation and the EU; the Political Economy of Debt and Destruction, London: Palgrave-Macmillan (forthcoming August 2013). 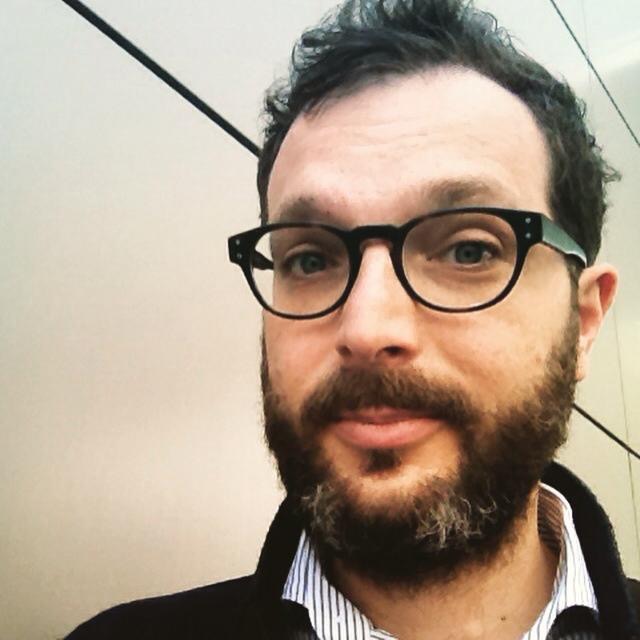 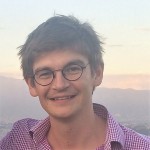 Henry Freeman has worked in international development for the last ten years since completing the MSc in International Relations at LSE in 2006. He is passionate about the need for more nuanced debate about migration, and has been involved with the Migration Museum Project since November 2015. Currently based in Nepal, Henry is moving back to London in January and is looking forward to engaging more closely with political issues in the UK relating to Brexit, migration, and integration.

Christian Fuchs is a professor at the University of Westminster. He is Director of the Westminster Institute for Advanced Studies as well as Director of the Communication and Media Research Institute. He is editor of the open access journal tripleC: Communication, Capitalism & Critique, an executive board member of the European Sociological Association, and programme chair of the 2017 European Sociology Conference “(Un)Making Europe: Capitalism, Solidarities, Subjectivities”. His research focuses on the critical theory of society and the critical theory of communication, communications, the media, culture, the Internet and social/digital media.