Maria Brock’s research examines the psychosocial dynamics of transitional and post-transitional societies focusing on the former Eastern Bloc, and the former GDR and Russia in particular. Previous and upcoming publications have looked at negative societal mobilisation in response to Pussy Riot, at the vicissitudes of queer (in)visibility, and at memory and nationhood. View all posts by Maria or visit her profile on ResearchGate. 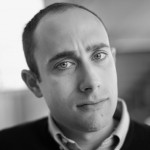 Max Hänska is a Lecturer (Assistant Prof.) at De Montfort University, an associate at the LSE’s Civil Society and Human Security Research Unit, and the blog’s founding editor. He was previously a postdoctoral fellow on the Multidisciplinary Opinion and Democracy Research program at the University of Gothenburg. His research focuses on social media as platforms for political communication and citizen journalism, and the impact of communication on democratic decision-making.  View all posts by Max or visit his personal website. 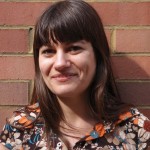 Maria Kyriakidou is a Lecturer in Cultural Politics, Communications and Media at the University of East Anglia. Her work focuses on the mediation of distant suffering, the role of representation in globalisation, cosmopolitanism and discourse theory. She is also interested in the way media discourses on the Euro Crisis construct and reproduce national stereotypes and divisive lines among the European counterparts. She holds a PhD in Media and Communications from the LSE and is an Associate to the Southern Europe International Affairs Programme of LSE IDEAS . View all posts by Maria, follow her on Twitter @Maria_Kyriakid or visit her profile on academia.edu. 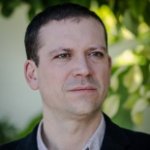 Jose Javier Olivas is an Associate to the Civil Society and Human Security Research Unit, at the LSE. He holds a PhD in Government and other university degrees in Public Policy and Administration, Economics and Marketing. He is currently teaching at the LSE and author of Iberian Military Politics: Controlling the Armed Forces during Dictatorship and Democratisation (2014, London: Palgrave Macmillan). Jose is founder and director of netivist.
View all posts by Jose, follow him on twitter @josejolivas or visit his personal websites here and here. 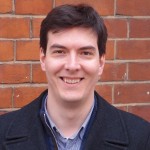 Roberto Orsi is a co-investigator on the Euro Crisis in the Press project. He holds a PhD International Relations and is currently member of the Security Studies Unit at the Policy Alternatives Research Institute (東京大学政策ビジョン研究センター), and lecturer at the Graduate School of Public Policy (GraSPP – 東京大学公共政策大学院) of the University of Tokyo (Japan). His research interests focus on international political theory, history of ideas (particularly modern continental political philosophy and critical theory), political theology (Carl Schmitt). He is also interested in social science epistemology and classical philology.
View all posts by Roberto or visit his personal website. 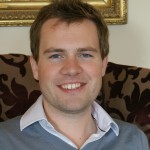 Henry Radice is a Research Fellow and Research Manager of the Conflict Research Programme at LSE. He is also a co-investigator on the Euro Crisis in the Press project and an Associate of the LSE IDEAS Southern Europe International Affairs Programme. His research focuses on the international political theory of common humanity, humanitarianism, solidarity and climate change. He also has research interests in the political structures, such as the EU, which lie at the heart of addressing these issues, and in the different conceptualisations of crisis they entail. He holds a PhD in International Relations from LSE
View all posts by Henry or visit his LSE Research and Expertise page.