Tom Gaisford is a barrister with particular experience in the fields of human rights, immigration and asylum law.   He is a former alumnus of the LSE’s Human Rights MSc programme, and has written for several of publications including The Independent, The Psychologist, The Tablet and Open Democracy.

Antonis Galanopoulos is graduate student in Political Theory and Philosophy (Aristotle University of Thessaloniki). His research interests are: post-Marxism, post-structuralism, critical theory, ideology. He is blogger and editor of Greek magazine, Unfollow. He has translated in Greek several articles of theorists (such as Slavoj Žižek and Immanuel Wallerstein) from the international press. Twitter: @antonisgal

Dr Jasmine Gani is a Lecturer in International Relations at the University of St Andrews. She holds a PhD in International Relations from the London School of Economics, where she also held the position of Fellow between 2011 and 2014.  She has previously been a co-Editor of Millennium: Journal of International Studies (Volume 39) in 2010-2011. Her latest book is The Role of Ideology in Syrian-US Relations: Conflict and Cooperation, (Palgrave-Macmillan, 2014) 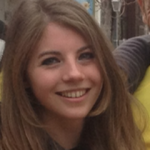 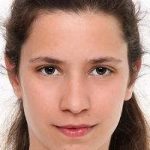 Kira Gartzou-Katsouyanni is a PhD Candidate in the European Institute at LSE. Her doctoral research focuses on the political economy of local development in Southern Europe. She is also a researcher at the LSE-based project ‘Debating Brexit at a Local Level‘, where she is responsible for the Mansfield case study.  She is a co-author of ‘The Greco-German Affair in the Euro Crisis: Mutual Recognition Lost?’ (Palgrave Pivot, 2018) 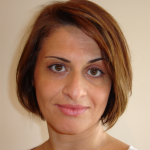 Myria Georgiou teaches at the Dept of Media and Communications, LSE. Her research focusses on migration, diaspora, and the city, especially in examining the ways in which media and communications shape narratives and experiences of belonging among mobile and diverse populations.

Athanasios Gkoutzioulis holds an MA in politics and international relations from the University of Cambridge and a PhD from Kings College of London. He acquired professional experience not only in academia but also in the military and the corporate sphere. He currently teaches LSE 100 course, whereas in the past he extensively taught at King’s College London, Birbeck and the University of East London in the field of politics and international relations. He was an exchange research fellow at the National University of Singapore, where he focused on Southeast Asian Studies and the current sociopolitical affairs of the region. Outside academia he has worked for Weber Shandwick, focusing on the field of public affairs and corporate communications.

Fabrizio Goria is business and finance correspondent of the Italian online news magazine Linkiesta. He also writes for the Italian weekly Panorama. He is the Italy correspondent for Eurointelligence. He holds a BBA from Turin University.

Olaf Groth is Global Professor and Global Discipline Lead for Strategy, Innovation & Economics at HULT International Business School teaching across its global network of campuses. He is a Visiting Scholar for Innovation Strategy and Policy at the University of California Berkeley Roundtable on the International Economy (BRIE), and a Fellow for Competitiveness at Grenoble École de Management. He is also Managing Director and Founder of Emergent Frontiers Group, which counsels corporate and government executives, as well as private equity investors on global innovation trends, strategy, systems and organizational design.Olaf has 20+ years of experience, having held executive and advisory roles in corporate, business, market, operations, venture development and government relations. He holds PhD, MALD, MAIPS and BA from the Fletcher School at Tufts University and the Middlebury Institute of International Studies at Monterrey. 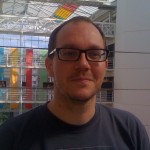 Yaprak Gürsoy is a Lecturer in Politics and International Relations at Aston University. Her research in comparative politics also focuses on military interventions and regime change. She is the author of Between Military Rule and Democracy: Regime Consolidation in Greece, Turkey, and Beyond (University of Michigan Press, 2017). Follow here on twitter here: @ygursoy.

Marc Helbling is Full Professor in Political Sociology at the University of Bamberg and a Research Fellow at the WZB Berlin Social Science Center. He works on immigration and citizenship policies, nationalism, national identities, xenophobia/islamophobia, and right-wing populism.

Belén Hípola holds a dual bachelor’s in Economics -Mathematics and Statistics from Universidad Complutense de Madrid (UCM). Her research interests are related to economics of education and applied microeconomics.

Max Holleran, is an urban sociologist in the last stages of his PhD at NYU. His dissertation is a study of coastal urbanization for tourism in post-Franco Spain and post-socialist Bulgaria.

Sam Holleran is an artist, designer, and educator, formerly with the Center for Urban Pedagogy (CUP) and, more recently, a fellow at the Design Trust for Public Space, where he is developing a Community Design School with the Queens Museum and the New York City Parks Department (more here).