Denis MacShane is Labour’s former Minister of Europe for the UK. An updated, revised version of his book, Brexit: How Britain Will Leave Europe will be published by IB Tauris next month.

CISE (Italian Center for Electoral Studies). He has graduated in Political Science at the University of Florence, and in 2012, he received his PhD cum laude in Political Science at the Istituto Italiano di Scienze Umane (SUM). He has been a Teaching Assistant at LUISS Guido Carli in Rome, and today, he teaches Italian Political System at Middlebury College (Florence). He published articles on Studia Politica-Romanian Political Science Review, Italian Politics & Society, Czech Journal of Political Science, Società Mutamento Politica-Rivista Italiana di Sociologia, Quaderni dell’Osservatorio Elettorale, and Quaderni del Circolo Rosselli. He is also the coauthor of book chapters in Voto amaro (Il Mulino, 2013) and Terremoto elettorale (Il Mulino, 2014). He has coedited the Dossier CISE 2 (Crisi e Rimobilitazione, CISE, 2013), the e-book The Italian General Election of 2013. A dangerous stalemate? (CISE, 2013), the Dossier CISE 6 (Le Elezioni Europee 2014, CISE, 2014) and the e-book The European Parliament Elections of 2014 (CISE, 2014). Furthermore, he is the author of several research notes published in the Dossier CISE series. 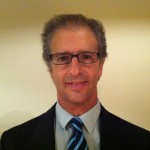 Víctor Andrés Maldonado has an MBA from ESADE (Barcelona) and is an ex-EU official (first of the Court of Auditors and then of the European Commission). He participated in one of the technical working groups for the preparation of the Euro. He was Head of Unit in the old General Directorate for Foreign Relations, first, for Mexico and Central America and, then, for the South Caucasus and Central Asia. In 2010, he was transferred to the EEAS, the European External Action Service of the EU, as Head of Division for Central Asia. In November 2012, he left the European Institutions. Since then, he has published articles in La Voz de Barcelona and Crónica Global, as well as on the blog Clave Ciudadana.

Giannis Manolis is a PhD student at the National & Kapodistrian University of Athens. His research focuses on the impact of Europe on national public administrations. He holds a MSc in European Political Economy from the LSE.

Lorenzo Marsili is founder and director of European Alternatives, a transnational organisation promoting democracy in Europe. He is the initiator and current spokesperson of the European Initiative for Media Pluralism, an international campaign demanding better protection for media pluralism and freedom at European level.

Dimitris Mathioudakis is a first year PhD candidate at Panteion University of Social and Political Sciences. He is also a Research Analyst at Human Dynamics, an Austrian based public sector consulting group working on transition and developing countries. His research focuses on the impact of the euro crisis management in the institutional and political dimensions of European integration. He holds an MSc in Politics and Government in the EU from the London School of Economics and a BSc in International and European Studies.

Natalija Miletic is a Berlin-based freelance journalist and a regular correspondent for the German Deutsche Welle Radio. She holds an MA degree in Peace and Security Studies from the Institute for Peace Research and Security Policy at the University of Hamburg, Germany.

Shqipe Mjekiqi is currently a PhD candidate at Trinity College Dublin and has an MSc in Politics and Government in the EU from LSE. Her research looks at the impact of electoral systems on MPs’ behaviour across several European countries, including those of South East Europe. Shqipe has previously worked as an Adviser on European Integration to the former President of Kosovo (2006-2010).

John McCormick is Jean Monnet Professor of European Union Politics at the Indianapolis campus of Indiana University. He has published extensively on the politics of the EU, his most recent book being Why Europe Matters: The Case for the European Union.

Johanna Möller, is a research associate in the DFG-funded Collaborative Research Center 507 ‚Transformations of the State’ (within the project ‘Transnationalization of public spheres in Europe: Citizens’ (re)actions’) and member of the Centre for Media, Communication and Information Research (ZeMKI), both at the University of Bremen. She received a degree in Political Sciences at FU Berlin and has studied in Lublin and Kraków (Poland). Her research interests are the public sphere, transcultural elites and celebritisation. At present, Johanna Möller is working on her PhD project, entitled ‘Transcultural Public Actors. A case study on Polish-German political communication’.

Diego Muro is Assistant Professor in Comparative Politics at the Institut Barcelona d’Estudis Internacionals (IBEI). Prior to joining IBEI he was Associate Professor in European Studies at King’s College London and Senior Fellow at St Antony’s College, University of Oxford. His research interests include comparative politics, ethnic conflict and asymmetric warfare. 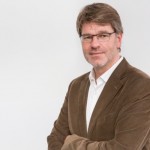 Professor Henrik Müller teaches economic policy journalism at TU Dortmund University, Germany. He studied economics at the University of Kiel, holds a doctorate degree in economics from the University of the Armed Forces in Hamburg and got his journalism training at Deutsche Journalisten-Schule in Munich. Henrik worked as a journalist for many year, his last position being deputy editor-in-chief at manager magazin,  Germany’s leading business monthly. He is the author of several books on European monetary integration.

Pierluigi Musarò is Associate Professor of Sociology at the Department of Sociology and Business Law and at the School of Political Science, University of Bologna. He is also Visiting Fellow at the London School of Economics and Political Science, and at the Institute for Public Knowledge, New York University. His primary research interest focuses on the relationship between social justice and humanitarianism in contemporary mediated communication. He has recently edited: The Banality of Goodness: Humanitarianism Between the Ethics of Showing and the Ethics of Seeing, Humanity Journal, 6.2, 2015, pp. 317-335; “Africans” vs. “Europeans”: Humanitarian Narratives and the Moral Geography of the World, in Beyond Humanitarian Narratives, Sociologia della Comunicazione, n. 45, Milano, 2013, pp. 37-59; Living in Emergency: Humanitarian Images and the Inequality of Lives, New Cultural Frontiers, On-Line Sociological Review 2, 2011, pp. 13-43. 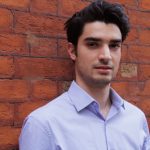 Konstantinos Myrodias is a PhD candidate and Teaching Assistant in Political Economy and Development at the London School of Economics (LSE). His research focuses on the effects of the EU and IMF structural adjustment programmes on the Economic and Monetary Union. His research interests include industrial policy, structural change, and development banks. Konstantinos earned his BSc at Panteion University of Athens and his MSc at LSE. He has also been an OPAP Scholar at the European Institute at LSE, and has previously worked at the European Commission in Brussels. He was awarded scholarships from the Onassis Foundation. 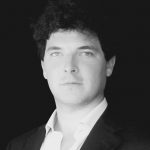 Federico Nicolaci (1985) serves as Political Adviser to the Holy See, Città del Vaticano. He studied Philosophy at Università Vita-Salute San Raffaele, Politics and Government in the EU at LSE and Diplomacy at ISPI (Milan). He is the author of Patterns of Disintegration. The EU and the Emerging European Order (Seattle 2012), Tempio vuoto. Crisi e disintegrazione dell’Europa (Milan 2013) and other essays.

Gregor Noll is professor of international law, Faculty of Law, Lund University, Sweden and is currently the holder of the Ragnar and Torsten Söderberg Foundations’ Professorship in Memory of Samuel Pufendorf. 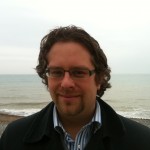 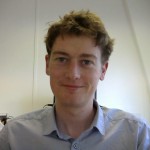 Dr Paul Nulty is a research officer working on the QUANTESS (Quantitative Analysis of Textual Data for Social Sciences) project at the Department of Methodology at LSE. His main research focus is the development and application of methods to analyse natural language text for applications in political and social science. He is from Ireland and holds a PhD in Computational Linguistics from University College Dublin. 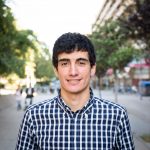 Sergio Olalla Ubierna holds a master’s degree in Social and Public Communication fom the London School of Economics. His research focuses on media and public opinion.

Professor Emilio Ontiveros Baeza teaches Economics and Business Administration at the Universidad Autónoma de Madrid since 1985, where he has been Vice Chancellor for four years. Founder and President of Analistas Financieros Internacionales (AFI).  He is  contributor and member of the editorial board of several magazines and journals specialised in international economy and finance. His most recent books: Global Turning Points. Understanding the challenges for business in the 21st. Century. (Cambridge University Press, 2012), Una nueva época. Los grandes retos del siglo XXI (Galaxia Gutenberg, 2012) and El Rescate (Aguilar, 2013).

Signe Opermann holds a Ph.D. in Media and Communication Studies from SödertörnUniversity. She has recently defended her thesis on media generations and change related to news consumption in Estonia and Sweden.

Dr Kevork Oskanian is a Research Fellow at the University of Birmingham’s Centre for Russian and East European Studies (CREES). He has previously taught at the University of Westminster and the London School of Economics, where he also received his PhD.  His latest work – ‘Fear, Weakness and Power in the Post-Soviet South Caucasus’ – is a monograph on regional security in that part of the former Soviet Union.

Visit Kevork’s personal profile at the University of Birmingham.