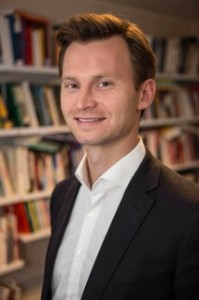 bst is Senior Lecturer in Politics in the School of Politics and International Relations at the University of Kent where he is also an associate member of the Global Europe Centre. He is the author of Metaphysics: the creation of hierarchy (2012) and co-editor of Blue Labour: forging a new politics (2015). Currently he is co-writing (together with John Milbank) The Politics of Virtue: post-liberalism and the human future (2016). Among his future projects is a book entitled Europe’s Historical Hope – renewing the traditions that created Europe’s polity. 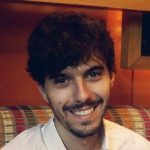 Javier Padilla holds a dual bachelor in Law and Business from Universidad Autónoma de Madrid (UAM) and a master’s degree in philosophy and public policy at the London School of Economics. His research is focused on electoral behaviour, public opinion and the European political space. 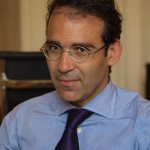 Professor George Pagoulatos teaches European Politics and Economy at the Department of International & European Economic Studies, Athens University of Economics & Business; Visiting Professor at the College of Europe in Bruges; Member of the High Council of the European University Institute (EUI) in Florence; Member of the Board of Directors of ELIAMEP; Academic Fellow at the European Policy Centre; President of ECSA-Greece. In 2011-2012 he was Senior Advisor and Director of Strategy to the Prime Ministers Lucas Papademos and Panayiotis Pikrammenos. He has extensive experience in providing advice and analysis on the Greek political economy. He holds a Law degree from the University of Athens, M.Sc. and D.Phil. in Politics from the University of Oxford, where he was a Rhodes Scholar. His research and publications focus on the EU, Southern European and Greek political economy, European integration, economic governance, the political economy of banking and finance, politics of reform. See more at: www.pagoulatos.eu 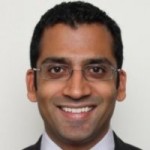 Akhil Patel is the Director of Ascendant Strategy, a strategic advisory company working with investors and corporates to improve their investment decisions based on unique research on economic cycles. For further information, visit www.theascendantstrategy.com. Akhil holds Masters degrees in Public Policy (LSE) and Finance (Westminster) and a first degree in the Classics from Balliol College, Oxford.

Professor Heikki Patomäki teaches world politics at the University of Helsinki, Finland since 2003. Previously he worked at the Nottingham Trent University, UK (1998-2003), RMIT University, Melbourne, Australia (2007-2010) and in 2012, as a visiting professor at the Ritsumeikan University in Kyoto, Japan. He was a founding member of NIGD (Network  Institute for Global Democratisation, NIGD); also took part in the founding meeting of international Attac in Paris in 1998 and has chaired Attac Finland on two occasions. He sits on the Board of Left Alliance and is running for the European Parliament in 2014.

Leif Hemming Pedersen, holds a MA in Journalism and English from Roskilde University and now works as a Research Assistant at the Department of Communication and Arts also at Roskilde University. See his personal website: http://leifhemming.dk

Andrea Pérez Ruiz holds a BA in Political Science and a BA in Sociology from the University Carlos III of Madrid in Spain. Previously she has been Policy Assistant to the former European Commissioner for Climate Action & Energy, Miguel Arias Cañete, and the Director-General for Environment of the European Commission, Daniel Calleja Crespo. Her main research interests are environmental and climate policy.

Professor Diane Perrons is the Director of the Gender Institute of the London School of Economics and Political Science (LSE). Her research interests include: globalisation, gender and inequality; paid work, care and social reproduction; economic transformation, crises and changing gender relations; regional development and social change. Much of her writing examines the interplay between economic and social theory and everyday life. She was appointed a fellow of the British Academy of Social Science in 2003, and currently serves on the Management Committee of the UK’s Women’s Budget Group.

Dr Christopher Phillips is a Senior Lecturer in the International Relations of the Middle East at Queen Mary, University of London and Associate Fellow at the Chatham House Middle East and North Africa programme. He has a PhD in International Relations from the London School of Economics specialising in contemporary Syria and Jordan. His first book, Everyday Arab Identity, was published by Routledge in 2012.

Professor Robert G Picard is a world-leading specialist on media economics and government media policies. He was formerly based in the Media Management and Transformation Center at Jönköping International Business School in Sweden where he was Director of the Center and Hamrin Professor of Media Economics.  He is the author and editor of 28 books, and has been editor of the Journal of Media Business Studies and the Journal of Media Economics. He has also served as a visiting professor at the University of Paris, Shanghai University, the University of Amsterdam, and the Catholic University of Portugal. Robert directs RISJ’s projects across its main research areas examining changes in the business of journalism, the practice of journalism and journalism and accountability

Ania Plomien is a Lecturer at the Gender Institute of the London School of Economics and Political Science (LSE). Her main research interests are labour markets and social policies from a gender perspective at EU and Member State levels. Plomien has also published on the gender aspects of welfare state change in the Central East European region, on the links between migration, globalisation and  social reproduction, and on the economic crisis. She is a member of the Women’s Budget Group in the UK.

Ivana Popovic is a master’s student of international relations and security at the University of Westminster, London. She holds an MA in Political Institutions, Sociology, and Theory, and BA in International Relations from the Faculty of Political Science, University of Belgrade (Serbia). Her interests lie in European studies, energy policy, and international security.

Dr Marina Prentoulis teaches Media and Politics at the University of East Anglia. She completed her PhD in Ideologies and Discourse Analysis at the Department of Government, University of Essex. She has lectured in a number of universities including City University, Open University and University of Middlesex.

Marcus Pučnik is a freelance journalist and cameraman. He comes from a mixed Slovenian and German family, he has worked in former Yugoslavia and collaborated with newspapers such as Der Standard and El Mundo. He currently lives in Barcelona and occasionally writes for Crónica Global.

Giovanni Puglisi is a freelance journalist. He writes regularly for Futuro Europa with a particular focus on British politics. Mr Puglisi holds an MSc in European Social Policy from the LSE and a PG Diploma in Communication, Journalism and Public Affairs from Il Sole 24 Ore Business School.

Dr Kristi Raik is researcher in the EU programme of the Finnish Institute of International Affairs. She holds both a Master’s and a PhD in Social Sciences from the University of Turku. She works on EU foreign policy, European diplomacy, the EU’s Eastern neighbourhood, and foreign and EU policies of Finland and the Baltic states.

Hannah Richter just completed her MSc in Politics and International Relations at the University of Edinburgh. Her main research interests lie in the fields of post-structural theory, political sociology and discourse studies. She is currently working on a PhD proposal to research the potential of crisis discourses to shape and change perceptions of political legitimacy. 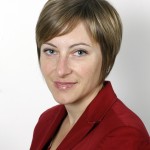 Stephanie J. Rickard is an Associate Professor of Political Science at the London School of Economics in the Department of Government. Her current research includes a study of “buy national” procurement policies and an investigation into how national elections impact IMF loan negotiations. She is a member of the International Political Economy Society’s steering committee and was recently elected to the Governing Council of the International Studies Association.

David Rinnert  is a Master of Public Administration dual degree candidate at the LSE and Hertie School of Governance in Berlin, with a focus on development and governance in the post-Soviet space. Following his undergraduate studies in Berlin, New York and Paris, he worked in Georgia and Moldova. In addition, he is an independent policy analyst and has published several papers on the region. You can follow him on Twitter: @DRinnert

Hans Rusinek is currently finishing his postgraduate degree in International Relations at the LSE, writing a dissertation on “The international society and the Kadi-Case”. His interests include economics, human rights, political philosophy, European and Middle Eastern politics and business ethics.

Jan Rovny is an associate professor at the Centre d’études européennes and LIEPP at Sciences Po, Paris. His research concentrates on political competition in Europe with the aim of uncovering the political conflict lines in different countries. He is also one of the principal investigators of the Chapel Hill Expert Survey on party positioning.