How Europe talks about itself: Lessons from the Euro Crisis

Posted on September 15, 2015 by Eurocrisis in the Press 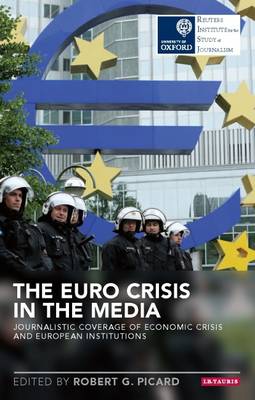 Although the continuing Euro Crisis is currently being overshadowed by the refugee crisis in Europe, its economic and political effects continue to shake the foundation of Europe and dampen national economies.

There are lessons to be learned from the way the Euro Crisis has been portrayed about European institutions, how they responds to crises, and the state of European integration and identity. A new book, The Euro Crisis in the Media: Journalistic Coverage of Economic Crisis and European Institutions, provides those lessons. The book is based on research exploring how the Euro crisis was portrayed in the European press and the implications of that coverage on public understanding of the developments, their causes, the responsibilities for addressing the crisis, the roles and effectiveness of European institutions, and the implications for European integration and identity. These have implications for the ways Europeans talk about Europe and the issues it faces.

The most important findings from the study about the ways the Euro Crisis was portrayed are:

1. It is someone else’s problem

Overall the Euro Crisis has been portrayed as foreign story, rather than a European story or a domestic story. Even in countries with sovereign debt challenges it was portrayed as a foreign story, though partly as a domestic story. The framing of stories in media asserted others as the cause of the crisis and thus shifted the problem to others to solve. It was not talked about as a common problem needing common solutions.

2. News media do not cover Europe

Euro Crisis news was framed within national narratives about the crisis and based on domestic concerns, national interests, and domestic predispositions toward the European Union. The coverage did not cover Europe, but what European developments meant to national audiences. It did not employ a broader European perspective on the issue that considered it as a European challenge requiring a European solution.

3. The crisis was portrayed as non-political

Across Europe it was portrayed as a financial and economic issue rather than a political issue. Most coverage occurred in business sections and business papers and the primary sources quoted were national government leaders and bankers/economists. Because it was not portrayed as a political crisis, the problem and solutions were thus not subject to considerable political debate and citizen’s interests were downplayed. Few leaders of political parties and civil society organizations were quoted in the press so they could not raise political issues surround the crisis and very little coverage reflected the impact of the crisis on people and small businesses. Discussion of European issues as specialised and non-political creates an environment in which citizen engagement with European issues is reduced.

4. Reporting does not well explain the European institutions, their functions, and abilities

5. A secondary European identity is emerging and the public wants European institutions to be effective

These lessons show that the press in European countries produces a discourse in which European identity and institutions are deemphasized and devalued, despite evidence that there is a desire for Europe to be more engaged and effective in solving cross-national issues. Although the study focused on Euro Crisis news, it has significant implications for the development of European governance and how future European issues might be covered.

The book is based on a research project at the Reuters Institute for the Study of Journalism at the University of Oxford, integrating researchers at universities across Europe. It is based on reviewing more than 10,000 articles published in 10 European countries (Belgium, Finland, France, Italy, Germany, Greece, Netherlands, Poland, Spain, and the United Kingdom).

Eurosceptics at a Junction: Antagonising the EU for the Sake of it is Risky

God in Berlin, Newton in Brussels: On the Power of Linguistic Images in the Eurozone Crisis

This entry was posted in Europe, Euroscepticism, Media and tagged Eurocrisis, European governance, European identity, European integration, European media. Bookmark the permalink.
We use cookies on this site to understand how you use our content, and to give you the best browsing experience. To accept cookies, click continue. To find out more about cookies and change your preferences, visit our Cookie Policy.