Eurosceptics at a Junction: Antagonising the EU for the Sake of it is Risky 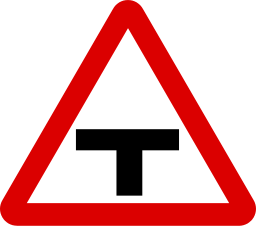 By Woodennature (Own work) [CC BY 3.0], via Wikimedia Commons

All right-wing parties seem to dabble in anti-EU rhetoric more or less radically: the EU weakens the prerogatives of their nation-states. Germany’s Christian Democratic Union is a conspicuous exception; it sharply antagonises the further-to-the-right Alternative for Germany, an anti-Eurozone outfit enjoying increasing support. Progressive parties are not immune to all this.

Some are essentially more concerned about the euro than the EU, but there you go: Euroscepticism reveals itself as a grumbling, kaleidoscopic gorge, its different echoes reverberating in all directions.

Euroscepticism in all its shades is gathering momentum according to Eurobarometer’s 2013 report. Demands have been made: how to deal with them? Remaining EU enthusiasts have got Germany in mind: the bulwark protecting their European values of mutual solidarity. But even there you can spot rifts in the ground: the Eurosceptic drought is cracking the starved soil.

Manchester Metropolitan University scholars Robert Grimm and Marius Guderjan published a piece in 2013 saying that “German support for the European project should not be taken for granted”. Their point was highlighting that “Germans are increasingly concerned about the unforeseeable consequences of the current crisis and the increasing costs of bail-out policies to the German tax-payer.”

That being said, even non-Eurozone countries can’t afford to ignore the euro or EU law. LSE’s Professor Damian Chalmers stated in a 2013 paper that the EU’s 10,700 legal measures or so have had a massive influence all round: non-EU states can see the benefits of unilaterally applying EU regulations to themselves: a single set of standards is easier to handle.

In the light of this, let’s briefly go back to Germany and see what impact the EU law has had there. “[Bundestag parliamentarians] rejected both the European Stability Mechanism (ESM) and the European Fiscal Compact. Ratification of the ESM was also challenged at the German Federal Constitutional Court in Karlsruhe. Under the heading ‘Europe needs more democracy’ and supported by 37,000 citizens, it was the biggest legal challenge lodged with the constitutional court in history”, explain Grimm and Guderjan.

Sovereignty being irreversibly gnawed away by Brussels, that’s their worry. The one above is a case in point; and it comes from a prosperous Eurozone member, with low youth unemployment. “The ESM and Fiscal Compact mark perhaps a change in the political debate about European integration in Germany”, says a conclusive comment by Grimm and Guderjan that hits the proverbial nail on the head. A stuttering euro: the source of all evils. Or nearly so. Free movement has in fact become an issue too.

As the British PM David Cameron interestingly stated in the past, “power must be able to flow back to member states, not just away from them”. It is this sort of perceived dynamism that the EU should pursue. The ensuing evidence of flexibility from the EU could also shut off poor quality, biased journalism. The UK can play an important role in this.

It’s indeed public statements like calling migrants “a virus” that create a rank atmosphere where the obtuse is regarded as witty. How many readers read that atrocious comment in The Sun, with newspaper copies left behind on morning train seats as well? Immigrants, stats say, are net contributors.

Meaningful talks on a European common good would fall on deaf ears if electors are sadly persuaded by prejudiced media campaigns. However, solutions against such a state of despicable-journalism-fuelled affairs are to hand. Let’s dare to think of further, radical improvements. Now’s the time. We’re at a crossroads: Europe as either a world’s great power, or a subordinate minnow.

Moving the European Central Bank to London. Unimaginable, right? A part exchange? Yes: the proper expansion of the euro, of course. The currency would thus gather gravitas and stability. Exporting countries like Germany, France, and even Italy – three among the G7 – would be happier. With the UK at the rudder, feeling in charge, the EU could be ready to take off at last. The City would be ecstatic – you bet.

The Eurozone has so far perhaps missed out on a trick. Aside the notorious fiscal agreement, it hasn’t been able to really make the most of a big European market – Britain – with a population on the increase like no other that’ll reach 70 million by mid-2027 (not long to go) and 73.2 million by 2035. The UK is using the euro only marginally; on trading floors yes, but not as much on its high streets, in real life.

That being said, the reality is that up until now there’s been no way of persuading Her Majesty’s authorities. The heavily media-warped public discourse is all about a phantasmagorical and illusory Brexit, which sadly has a lot to do with the past and very little with the future.

Introductory talks on all this are simply not there. But let’s proceed gradually. Fiscal treaty first and foremost; then, and only then, can the ECB be established in London. Is this really sci-fi? And if it is, then what’s fundamentally the point of the UK still in the Union?

The EU walks on two legs: the “euro” and the “free movement of workers”. UKIP and further-to-the-right Tories (remember Nigel Lawson’s letter to The Times?), representing a large chunk of the electorate, oppose both; Labour has also started opposing the latter (seen the ‘Controls on immigration’ red mugs? Lovely, aren’t they?)

Yet the big Eurosceptic isles can’t come out of the EU unscathed. A 2017 in-out referendum wouldn’t deliver much in terms of increasing the country’s wealth. If anything, it might temporarily boost its ego, but eventually the economy would suffer as Seamus Nevin from Policy Network wrote on EUROPP, quoting ample research from the LSE.

There are varying degrees of doubt about the EU in every single one of us. We’ve all come to a junction, regardless of our tenets and political beliefs. Researchers at the Aston Centre for Europe published an enlightening article not long ago: the whole Eurosceptic stance in a nutshell.

“Membership of the EU only makes sense if we are going to make a decent fist of it. Outside of the European Union, the UK’s capacity for influence in world politics would undoubtedly be seriously diminished […]. Let’s settle the issue of membership, through a referendum, and get back to doing what Britain does best: setting the agenda in Europe”, say the Birmingham scholars. The EU and its place in the world: is it better to constructively engage with or withdraw from the debate altogether? This way or the other?

Alessio Colonnelli holds a combined B.A./M.A. in modern foreign languages and literary translation from Padua University, Italy. Alongside his academic studies he has worked in Madrid and Barcelona, Spain, and as an international press editor for a well-known media intelligence company in London, UK, translating from German, Italian and Spanish into English. He also contributes to openDemocracy, Left Foot Forward and Shifting Grounds.

3 Responses to Eurosceptics at a Junction: Antagonising the EU for the Sake of it is Risky