Alfonso Valero is a Senior Lecturer at Nottingham Law School (Nottingham Trent University). He is specialised in Arbitration, European Union law and Sports Law. The focus of his research is predominantly dispute resolution, in particular private international law aspects. Alfonso is a dually qualified lawyer in Spain (abogado) and England and Wales (solicitor) and was in practice for a number of years before become a full time academic.

Shahin Vallée  is a Fellow at the German Council on Foreign Relations (DGAP) and a PhD candidate at the LSE’s European Institute.

Guillem Vidal holds a BSc in Economics from the Utrecht School of Economics (USE) and a MA in International Relations from the Barcelona Institute of International Studies (IBEI), were he currently works as a research assistant. His research interests include political economy, comparative politics and Southern Europe.

William Vlcek is a Lecturer in the School of International Relations at the University of St Andrews. His research investigates questions of global financial governance, international taxation, money laundering and terrorist finance. His most recent publication is Offshore Finance and Global Governance: Disciplining the Tax Nomad (Palgrave, 2016). 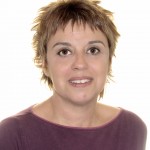 Mercè Vilarrubias is a teacher and a free-lance journalist. She’s a specialist in bilingual education and in language policies in European countries. She holds an M.A. in Second Language Learning and a Postgraduate Diploma in Journalism. She is the author of a book on bilingual education in Catalonia and she is a regular contributor to the digital newspaper Cronica Global and to the newspaper El País. She is a member of the Puerta de Brandemburgo Group. 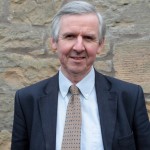 William Walker is Emeritus Professor of International Relations at the University of St Andrews which he joined in 1996.  He worked at the Science Policy Research Unit, University of Sussex from 1974 to 1996 with a two year secondment to the Royal Institute of International Affairs (Chatham House) in London.   He has been recipient of numerous research grants and awards, including Leverhulme and Nobel Institute Research Fellowships.  He was member of the ESRC Priorities Board, 2002-06, and the RAE Panel on Politics and International Studies, 2008. 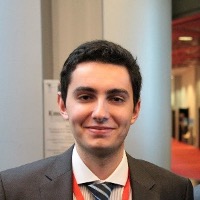 Kilian Wirthwein Vega is a political consultant, specialized in EU politics. He holds a BA in International Relations from the Hochschule Rhein-Waal in Germany, an MSc in Conflict Studies at the London School of Economics, and was Talentia Scholar for the MSc in Global Governance and Diplomacy at the University of Oxford. His main research interests are institutional design and statebuilding. Follow him at @KilianWive.

Matthew Whiting is Lecturer in British and Comparative Politics at the University of Kent. He teaches courses in British politics and comparative European politics. His research focuses on state responses to separatism and institutional reform within the United Kingdom.

Jessica Yeroshalmi is currently a third-year student at Macaulay Honors College at Baruch at The City University of New York, pursuing a dual degree in Economics and Political Science. Jessica’s interests include human rights, international history, economics, and politics. 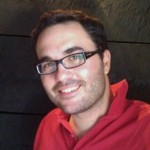 Dr Sotirios Zartaloudis is Lecturer in Politics at Political Science and International Studies at University of Birmingham. His research interests include Europeanization, public policy, welfare reforms, and the impact of the financial crisis on national social policy and politics. His full academic profile is here. 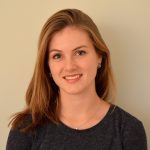 Delia Zollinger is currently completing an MSc in Comparative Politics at LSE. She holds a Bachelor’s degree in Political Science with minors in Law and Arabic from the University of Zurich.

Miguel Ángel Zhan Dai is a consultant on EU affairs. He holds a BSc in Philosophy, Politics and Economics from the University Pompeu Fabra and a MSc in International Relations Theory from LSE. He was previously a Schuman Trainee at the European Parliamentary Research Service