Posted on September 15, 2014 by Eurocrisis in the Press

All eyes are on Scotland as the referendum nears. Governments, the media, financial institutions and hosts of groups and individuals are glued to the debate and wondering how it will end. Amidst concern there is fascination in an event that seems so unprecedented with an outcome that is so unclear. Among those fortunate enough to be visiting or living in Scotland at this time, there is exhilaration at the sight of democracy working at full tilt.

The international attention is very recent. There was hardly a flutter when the Scottish government announced in 2011 that it would hold a referendum. The Edinburgh Agreement of October 2012 between the Scottish and UK Government was a wake-up call, especially because it coincided with a nationalist upsurge in Catalonia that sparked a Spanish response (including a threat to block a future Scottish application to join the EU), 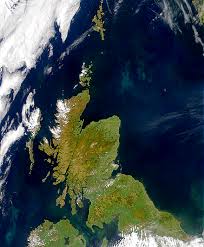 and with the Scottish National Party’s adoption of a pro-NATO policy despite pledges to remove Trident from the bases in Scotland.

After a brief surge of interest, foreign governments went back to sleep and remained asleep throughout 2013. The referendum was still far ahead, and the general assumption – encouraged by London and the metropolitan media – was that the independence movement would be heavily defeated. Developments in Scotland were mainly followed, if at all, from capitals or from embassies in London. Some Consuls General in Edinburgh warned that another outcome was possible, to which their masters should pay greater heed, but they were largely ignored.

In January 2014, opinion polls unexpectedly showed a marked shift in support for the yes campaign, unexpectedly because it was believed – abroad as in London – that Scottish voters would ‘come to their senses’ when the downside of independence was fully revealed to them by the analysis pouring out of Whitehall and Westminster. At the same time, the UK government’s emphasis on provoking fear among Scotland’s voters, rather than offering a positive vision of the Union’s future, began to attract criticism in the press and among foreign observers. Contrast was also being drawn between the increasingly vibrant grass-roots campaign for independence and its lacklustre unionist counterpart. Momentum seemed to be shifting in the nationalist direction, giving rise to warnings that opinion polls could narrow further.

Encouraged by London, several governments began to debate the pros and cons of issuing statements favouring the UK’s survival. Besides Spain, they had hitherto remained silent, wary of intervention and happy to regard the referendum as a domestic British affair. President Obama’s carefully chosen words at a press conference on the 5th of June, expressing the United States’ hope that the UK would remain ‘a strong, robust, united and effective partner’, broke the ice. A number of political leaders followed his lead. The Australian Prime Minister apart, they adopted his cautious tone, declaring their respect for Scotland’s democratic right to decide on its future whilst making clear their preference for the status quo. Although the majority, including the UK’s closest neighbours Ireland, France, Holland and Norway, have so far chosen to keep quiet, they would not disagree. Only a handful – Argentina and Russia come to mind – might relish the UK’s demise. Even they have kept quiet.

The widespread concern about the referendum among foreign governments has little to do with Scotland, its welfare and its future viability as a state and society. It is assumed abroad that a Scottish state could fend for itself and would become a stable and reliable member of the international community after a few difficult years. It has the culture, skills, institutions and resources to count among the strongest of the world’s small states.

Governments have other concerns. They do not like secession, as Scotland’s vote for independence would be regarded, wherever and however it is occurring. They worry especially about the precedent of a region within an advanced democracy claiming and being granted legal right to hold a referendum against the interest of the host state. The Edinburgh Agreement has already put the Spanish government on the spot in Catalonia where similar rights are being demanded. Correctly or incorrectly, there is worry abroad about a contagion of secession. Beyond this, states within ‘the West’ and governments reliant on its strength and cohesion do not want the UK and by extension NATO and the Western alliance to be reduced as power players, whatever the UK’s recent misjudgements in foreign policy, especially when Russia and China are flexing their muscles. And they do not welcome the political and legal problems created by Scotland’s application to join international organizations, prominently the EU, when they are already under strain. Some states have more specific concerns, including the United States over the damage caused to its closest ally, and France over the fate of Trident (it has no wish to be Europe’s sole nuclear power) and its permanent membership of the UN Security Council should the UK’s right to succession be challenged.

If the referendum does produce a yes vote, the desire in foreign capitals – with very few exceptions – is for Scotland and the rest of the UK to work together, sort out their differences, and set an example for cooperative behaviour.   They expect this to happen in the two countries’ mutual interest, however much the two sides may have huffed and puffed on the currency, Trident and other issues during the referendum debate. Their optimism is encouraged by the absence of violence and pressing need for financial stability, respect for the British state’s administrative capacities and long tradition of pragmatic adaptation, and the Scottish and UK governments’ obligations under the Edinburgh Agreement to ‘work together constructively in the light of the outcome, whatever it is’.

This said, they share worries about a yes vote’s immediate aftermath. How would London and Edinburgh’s negotiating teams be constructed? How would political parties respond? Would Mr Cameron and some other prominent political leaders be forced to resign? How would the 2015 general election be run, would its imminence hamper the launch of negotiations between Edinburgh and London, and how would the Westminster Parliament function before Scotland had gained full independence? How would governments abroad conduct relations with Scotland, on issues such as EU membership, when it was still formally part of the UK?

Above all, it is the self-confidence, behaviour and internal stability of the rest of the UK after a yes vote that provokes anxiety abroad. How would England, Wales and Northern Ireland respond to ‘the loss of Scotland’? How would foreign relations be affected? Would Scotland’s independence be the end or beginning of the UK’s disintegration as an effective political unit?

There is also awareness abroad that the UK would be a different country, if keeping the same legal personality, after a ‘no’ vote. Relationships between the political centre and periphery would have changed in the UK. A further substantial devolution of powers to Scotland and Wales will surely follow, and pressures to give English regions more political and economic autonomy are already building. Unless the referendum is defeated decisively, which now seems unlikely, there is also little confidence that Scotland’s independence will have been put to bed. The UK may have gained only a temporary lease of life.

Governments abroad don’t like the Scottish referendum. They like the prospect of a referendum on the UK’s membership of the EU even less. An anxiety abroad is that a Scottish ‘yes’ vote would make the UK’s (or rest of the UK’s) exit from the EU more likely, since it would strengthen anti-EU forces in the Westminster Parliament and remove the relatively pro-EU Scots from the voting register. In addition, they worry that the running of this referendum would inflame sentiment across Europe, creating more instability across the continent. They may be wrong. It is also possible that the shock of Scotland’s departure from the Union would force a weakened rest of the UK to reassess its position in the world, leading to realisation that life outside the EU would be too lonely and insecure to contemplate. Furthermore, the Scottish experience has demonstrated how divisive and all-consuming referendums can become. They are best avoided.

In June I wrote that, when viewed from abroad, Scotland’s departure from the UK would be an unwelcome disturbance rather than a crisis in international politics (‘International reactions to the Scottish referendum’, International Affairs, July 2014). On reflection, disturbance may be too mild a word to describe an outcome causing upheaval in the politics of an erstwhile great power. But it surely would not become an international crisis. I also wrote that ‘the unequivocal desire abroad is for both Scotland and UK to emerge as robust states and societies having good relations one with the other. Although the first years may be troubled, there is hope abroad that the two states would overcome their difficulties and settle into a cooperative relationship. Indeed, their governments’ international prestige would depend on, and be boosted by, their evident willingness and ability to work together for the common good’. I hold to this opinion.

2 Responses to Foreign Reactions to the referendum in Scotland