Tanzila Jamal is an undergraduate pursuing a political science degree at Baruch College. Her interests lie in public policy, immigration, and racial issues. Follow her at @tanzilajml.

Sebastian Jungkunz is Research Associate and Lecturer at the University of Bamberg and Zeppelin University. His research interests include populism, political extremism and polarisation of public opinion.

Dr Eirini Karamouzi is currently lecturer of European Studies and History and postdoctoral fellow of Hellenic Studies at the Macmillan Center, Yale University. She is Book Review Editor for the Cold War History Journal and deputy Head of the LSE IDEAS Balkans International Affairs Programme. Her monograph on the origins of Greece’s road to EEC membership is due to appear next year with Palgrave Macmillan. She is also co-editing a book on ‘Balkans in the Cold War’ and is interested in the transatlantic relationship regarding Southern Europe in the turbulent decade of the 1970s. Follow Eirini on Twitter @EiriniKaramouzi or visit her profile page.

Kristina Kardum holds an MSc degree in international relations from University of Bristol and a master degree in sociology from University of Zagreb. Former technology and a business journalist working for several print and online editions, she is currently employed by the European Parliament.

Dr Anne Kaun is a post-doctoral research fellow at the Department for Media and Communication Studies at Södertörn University, Stockholm and will commence a visiting fellow position at the Annenberg School for Communication, University of Pennsylvania. Being interested in the relationship between crisis and social critique, her current project concerns historical forms of media participation that emerged in the context of moments of crisis. Furthermore she is working in a collaborative project on European Narratives. She has previously published in peer-reviewed journals such as Participation; Communications – The European Journal of Communication Research; Information, Communication and Society and the International Journal of Qualitative Methods. Anne is board member of ECREA and vice-chair of ECREA’s Young Scholars Network as well as student board member of the International Communication Association (ICA).

Dr Zeynep Kaya is a Fellow at the LSE. She completed her PhD in the International Relations Department at the LSE. Her expertise is on the interactions of ethno-political groups with international society, focusing on Kurdish nationalists. She is a regular contributor to the media on debates about Turkish politics. 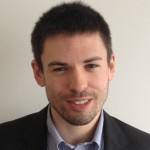 Daniel Kenealy is Lecturer and Associate Director at the University of Edinburgh Academy of Government. His research focuses on the history of European integration and British foreign policy, including UK-EU relations. Since December 2013 he has been adviser to the Scottish Parliament’s European and External Relations Committee.

Antoine Kerfant holds a Masters in Business Administration from ESSEC Business School (France). He has worked in different financial positions in multinational companies such as Total and AB Volvo. He is now a business consultant for Spanish entrepreneurs at Consultoría Financiera Kerfant and a blogger at Crear mi Empresa, where he gives tips and business ideas for future business creators. He is also founding member of netivist, a new platform for public deliberation and civic engagement.

Dr Markus Ketola is lecturer in Social Policy at the University of Ulster. His main research interests focus on how civil society actors, NGOs and social movements interact with various Europeanisation processes, with particular interest on the case of Turkey. He holds a PhD from the Social Policy Department at the London School of Economics where he has also worked as a Fellow in Social Policy and Development. His monograph Europeanisation and Civil Society: NGOs and instruments of change (Palgrave Macmillan) was published in May 2013. 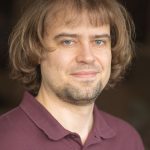 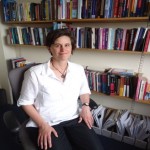 Kelly Kollman is a Senior Lecturer in Politics at the University of Glasgow where she has taught since 2005. Her research focuses on the influence that transnational networks and norms have on domestic actors and policy outcomes. This work focuses on two distinct policy areas: the diffusion of CSR norms and the diffusion of same-sex unions policies. Kelly’s contribution to the Borderless Politics project builds on earlier work and publications that she has done on the dissemination of global sustainability norms and the effects these norms have on the corporate governance practices of German and British firms. She has published numerous peer-reviewed articles in such journals as World Politics, International Studies Quarterly, Social Politics and International Studies Review and is the author of The Same-sex Unions Revolution in Western Democracies: International Norms and Domestic Policy Change (Manchester University Press 2013)

Konstantinos Kostagiannis holds a PhD from the University of Edinburgh. His research is focused on international relations theory with a particular emphasis on realism. He has published in Millennium, International Politics, and International History Review. Academia profile

Filip Kostelka is Lecturer in the Department of Government at the University of Essex. He is also an associate researcher at the Centre d’études européennes et de politique comparée (CEE), Sciences Po, Paris. He researchs on political behaviour, party systems, and democratisation. Check his my Google Scholar, Research Gate, and Publon profiles, or follow him on Twitter.

Christos Kostopoulos holds a PhD in Media and Communications awarded by the University of Leicester and a MSc in Global Studies awarded by Lunds Universitet. His research interests lie in the intersections of framing theory with political economy and the democratic role of the media.

George Kyris is Lecturer in International and European Politics at the University of Birmingham. He is author of ‘The Europeanisation of Contested States: The EU in northern Cyprus’ and his broad research focus is the international role of the EU and conflict resolution and the politics of the Eurozone crisis.

Rudi Laermans is professor of social theory at the University of Leuven. 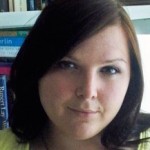 Dr Sophie Lecheler is a Marie Curie Research Fellow at the Department of Government at the LSE and an Assistant Professor of Political Communication at the Amsterdam School of Communication Research (ASCoR) at the University of Amsterdam, The Netherlands. Her research focuses on political journalism in the EU and the effects of journalistic news on citizens’ political attitudes and behaviour. She is currently working on a project on the role of emotions in European political communication. Twitter: @Sophelpoffel.

Charles Leddy-Owen is Senior Lecturer in Sociology at the University of Portsmouth. He has published numerous journal articles and a book – Nationalism, Inequality and England’s Political Predicament – exploring racism and nationalism in contemporary England.

Stefan Loesch used to be a banker at J.P.Morgan, and a consultant at McKinsey. A long time ago he was a derivatives quant and theoretical physicist. He also holds an MBA from INSEAD. Now he is an Internet entrepreneur, building up a white-labelled online education platform – oditorium – where he is also sometimes teaching himself to experiment with new online delivery models. He is blogging on online education and on finance on http://www.oditorium.com/ou.

Dr Rui Lopes is currently a Teaching Fellow at the LSE and Managing Editor of the journal Cold War History. In June 2013 he will assume the post of Research Fellow for three years at the Instituto de História Contemporânea, in Lisbon, where he will study fictional depictions of the Portuguese dictatorship in international audiovisual media. In 2010/2011, he was Visiting Lecturer at the Department of Politics of Goldsmiths, University of London. His monograph ‘Between Cold War and Colonial Wars: The making of West German policy towards the Portuguese dictatorship, 1968-1974’ has been submitted to Palgrave Macmillan for publication.