Adham Saouli is Lecturer in International Relations at the University of St Andrews. He is the author of the Arab State: Dilemmas of Late Formation (Routledge, 2012) and his latest publication is ‘Back to the Future: the Arab uprisings and state (re)formation in the Arab world’, Democratization, 2015.

Professor Saskia Sassen holds the Robert S. Lynd Chair in Sociology and Co-Chairs The Committee on Global Thought, Columbia University. Her recent books are Territory, Authority, Rights: From Medieval to Global Assemblages (Princeton University Press 2008), A Sociology of Globalization (W.W.Norton 2007), and the 4th fully updated edition of Cities in a World Economy (Sage 2011). The Global City came out in a new fully updated edition in 2001.  Her books are translated into twenty-one languages. 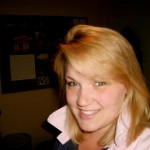 Natasha Saunders teaches at the School of International Relations, University of St Andrews. Her research focuses on forced migration, human rights, and political theory. She is the author of “Paradigm shift or business as usual? An historical reappraisal of the ‘shift’ to securitisation of refugee protection” in Refugee Survey Quarterly. Her current research project examines questions of collective political responsibility raised by the rights-claims of protesting forced migrants within the European Union. You can read more about Natasha here.

Fabrizio Scrollini is a PhD candidate at the London School of Economics and Political Science and Co-Founder of DATA, an Uruguayan based NGO working on transparency, open data and human development. As an academic Fabrizio is interested in accountability institutions, access to information laws and transparency.  As a practitioner Fabrizio has worked as a senior consultant with transparency institutions in Serbia and Chile looking at transparency standards and governance issues. He previously lead a peer to peer policy and state sector reform cooperation programme between Uruguay and New Zealand. Follow Fabrizio on Twitter @Fscrollini.

Julius Sen is academic director, senior programme adviser at LSE Enterprise. Julius has contributed extensively to projects that evaluate the policy and regulatory implications of commercial developments, including technological change and innovation; and on the commercial implications of policy and regulatory decisions taken by governments, regulators and international institutions. 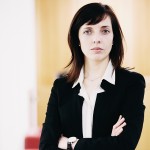 Katarzyna Sobieraj is Head of parliamentary office of Bogdan Zdrojewski, Chair of the European Parliament Delegation to relations with Belarus; served as an election observer to the OSCE ODIHR EOM for Presidential election in Belarus in 2015; PhD researcher in political communication and media studies at the University of Wroclaw, Poland. Her primary research interests are in political discourse, communicating the EU, and EU foreign affairs. She is the co-author of ”The Battle for the Euro: Metaphors and Frames in the Euro Crisis News.” in The Euro Crisis in the News: Journalistic Coverage of the Economic Crisis and European Institutions (I.B. Tauris, 2015, in association with the Reuters Institute for the Study of Journalism, University of Oxford), and the author of The Rhetoric of Freedom in the US Presidential Campaign 2008 (LAP Lambert Academic Publishing, 2012).
Email: katarzyna.sobieraj@ep.europa.eu, Twitter: @ksobieraj

Dr Sonia Sierra is associate professor in the Universitat Autònoma de Barcelona, UAB (Spain). She holds a PhD in Spanish Philology and MA in Spanish Literature. She is a founding member of the group “Brandenburg Gate“.  Sonia contributes periodically to a newspaper Crónica Global. Follow Sonia on Twitter  https://twitter.com/soniasi02

Dr Afzal Siddiqui is a Senior Lecturer in the Department of Statistical Science at University College London. Previously, he was a Lecturer in Statistics at UCL and a College Lecturer in the Department of Banking and Finance at University College Dublin. After having completed his Ph.D. in Industrial Engineering and Operations Research from the University of California at Berkeley, Afzal served as a Visiting Assistant Professor in the Department of Industrial Engineering and Operations Research at U.C. Berkeley and a Visiting Post-doctoral Researcher at the Ernest Orlando Lawrence Berkeley National Laboratory, where he continues to hold a Guest Senior Scientist position. In addition, he is a Professor (20% time) at the Department of Computer and Systems Sciences of Stockholm University. Afzal’s research interests are in energy economics, specifically the application of financial and operational research methods for making decisions under uncertainty and managing risk.

Michael Skey is a Lecturer in Media and Communications at Loughborough University. He was previously a lecturer in media and cultural studies at University of East Anglia and has also taught sociology at UEL and University of Leicester. He was awarded his PhD by the Department of Media & Communications at the London School of Economics in October 2008. His doctoral research on everyday nationalism was funded by the AHRC and a subsequent monograph based on this work was awarded the 2012 BSA/Philip Abrams Memorial Prize. 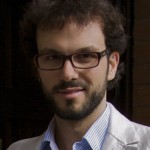 Simone Tagliapietra is a Researcher at the Fondazione Eni Enrico Mattei in Milan and a Visiting Research Fellow at the Istanbul Policy Center in Istanbul. He holds a Master’s Degree in International Relations from the Università Cattolica del Sacro Cuore in Milan, where he is currently a PhD candidate at the Doctoral School in Institutions and Policies. He has recently authored the books “The Geoeconomics of Sovereign Wealth Funds and Renewable Energy” and “The Globalization of Natural Gas Markets”. You can find more information about Simone here. 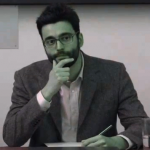 Dr. Francesco Tava is a post-doctoral scholar at the University of Milan. His areas of specialisation are phenomenology, and moral and political philosophy. He has a particular interest in the political development of post-Husserlian phenomenology and has recently published a monograph, Il rischio della libertà (Milano: Mimesis, 2014), on the thought of Czech philosopher Jan Patočka. Since the completion of his doctorate in 2012, he has held several research fellowships at the Jan Patočka Archive and the Institute of Philosophy of the Czech Academy of Sciences. In 2014 he worked as a visiting fellow at the University of the West of England.

Dr Katerina Tertytchnaya is a Lecturer (Assistant Professor) in Comparative Politics at the Department of Political Science, UCL. Her book project draws on evidence from contemporary Russia to study how illiberal regimes manage public opinion when performance is poor.

Dr Lasse Thomassen teaches Political Theory at Queen Mary, University of London. He holds a PhD in Ideology and Discourse Analysis from the University of Essex. He was a García Pelayo Fellow at the Centro de Estudios Políticos y Constitucionales in Madrid from 2008 to 2011. 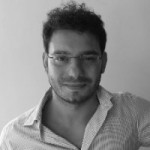 Stefano M. Torelli, Ph.D., is Research Fellow at the Milan based think-tank Italian Institute for International Political Studies (ISPI). His research is focused on Middle Eastern Studies, with a particular focus on North Africa, Tunisia and Islamist movements. He has published articles and essays on international academic reviews, such as Middle East Policy and Insight Turkey and is co-editor of the book The Arab Spring: Causes and Effects of the Revolts that are Changing Middle East (Vita e Pensiero, Milano, 2012). He is also the author of several book chapters focusing on political Islam and Middle Eastern politics and history. 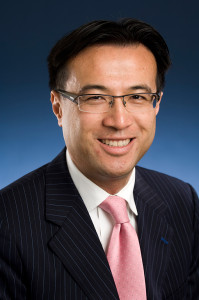 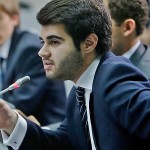 Vasileios Tsianos studies Chemical Engineering and Economics at the University of Toronto. In 2013, he represented European and Greek youth at the Y20 (working group on youth of the G20 Summit), the Saint Petersburg International Economic Forum, and the Clinton Global Initiative.

Dr George N. Tzogopoulos is research fellow at ELIAMEP and website editor. He obtained his doctorate in Social Sciences (Media & Communication Studies) from Loughborough University in November 2008. George has worked as a columnist in politics and international relations for the Greek newspaper Apogevmatini from January 2007 until January 2010, has taught propaganda at Loughborough University and has co-operated as a researcher with the European Council on Foreign Relations (ECFR). He is a columnist for China’s Global Times and the author of the books: Framing the Rise and Fall of Neoconservatism (I.B.TAURIS, 2012) and The Greek Crisis in the Media (Ashgate, 2013). Ηe speaks English, French, German and Italian.

Dr Julie Uldam is Assistant Professor at Copenhagen Business School, conducting her postdoctoral research in a collaboration Free University of Brussels (VUB) and London School of Economics (LSE). Her research explores the relationship between online media and civic engagement from three avenues of enquiry: (1) challenges to political contestation, (2) corporate practices of managing visibility and legitimacy, and (3) the discursive construction of civic engagement as a resource, and how a shift
of responsibility from the state to civil society can be made possible in democratic and sustainable ways. Julie’s work has been published in peer
reviewed journals, including International Journal of Communication, Policy & Internet, Sociology Compass and International Journal of Electronic Governance. Julie is vice chair in ECREA’s Communication & Democracy section and the founding coordinator of the network on Social Innovation and Civic Engagement (nSICE).