It’s Not the Left: Ideology and Protest Participation

Posted on November 25, 2019 by Eurocrisis admin

Who participates in protests? Much literature assumes that economic left-leaning individuals are expected to protest more than right-leaning ones. However, Filip Kostelka and Jan Rovny question this assumption and suggests that there is no natural affinity between left-wing or right-wing economic outlooks and protest behaviour. They argue that it is the cultural dimension that matters for protesting. 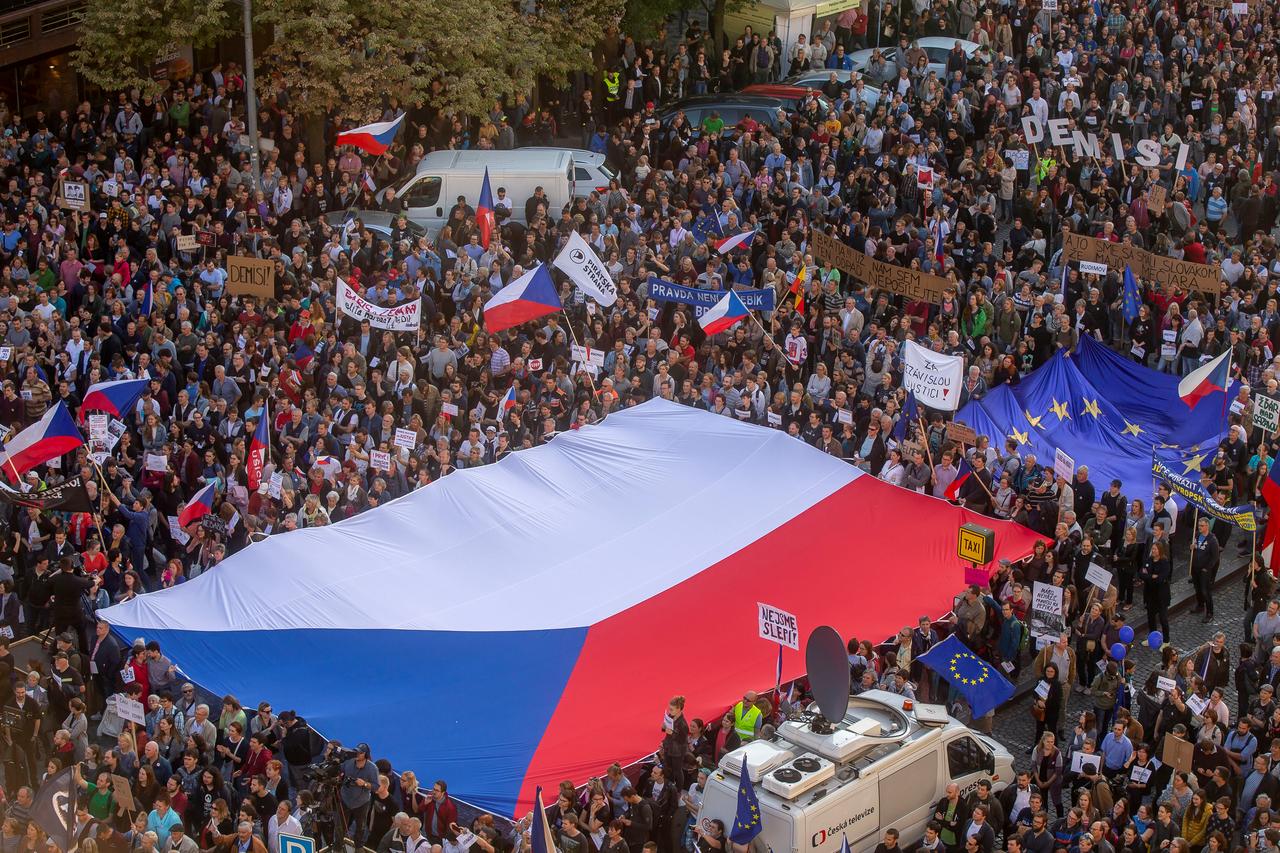 This fall is increasingly hot for democratic and undemocratic rulers alike in many countries of the world. Last month, the media reported massive citizen protests from places as diverse as Catalonia, Chile, Ecuador, England, Germany, Hong Kong, Italy, Lebanon, or Pakistan. The reasons for these protests are manifold, accounting for the diversity in the socio-demographic and political profile of protesters. Political science research shows that in most contexts, younger, male, educated, politically interested, and trade-unionised citizens are more likely to engage in protest activities. Importantly, much of the literature also assumes that left-wing ideology, defined primarily in economic terms as support for redistribution, is conducive to protesting. In general, left-leaning individuals are expected to protest more than right-leaning ones. However, our recent study questions this assumption and suggests that there is no natural affinity between left-wing or right-wing economic outlooks and protest behaviour.

The belief that economic left-wingers tend to demonstrate, sign petitions, and engage in other elite-challenging activities more than other citizens is old. It can be traced back to the late 19th century when left-wing organisations used various forms of protests in the fight for the extension of suffrage to the working class. In the second half of the 20th century, the left’s greater propensity to protest found empirical support in a large number of studies using survey data. However, this empirical evidence was largely based on Western Europe. Subsequent research (see here and here), covering a larger set of countries found that, in Central and Eastern Europe, the relationship was reversed: economic right-wingers were more likely to protest than left-wingers. This seriously undermined the traditional argument. Our study thus set out to reconsider the relationship between ideology and protest behaviour on a more general level. We advance two explanations to account for the varying patterns in democratic countries.

First, we suggest that in new democracies, those individuals that opposed the pre-democratic political order and participated in its demise are likely to have espoused protest activities and continue participating in them after democratisation. Consequently, in new democracies where the former dictatorship used to be left-wing and the opposition was pre-dominantly right-wing, such as in post-communist Europe, protesting is likely to be associated with the political right, especially in the years that followed democratisation.

Second, political scientists have found that citizen and party stances on political issues tend to cluster in two main distinct ideological dimensions: economic and cultural. Whereas the economic dimension is about redistribution and state intervention in the economy, the cultural dimension taps issues such as civil liberties, and tolerance of ethnic and sexual minorities. We argue that it is the latter, cultural, dimension that matters for protesting. Those who are culturally liberal value individual cultural rights and emancipation over rigid social rules. They represent a logical fit to authority-challenging activities, such as protesting, which often result in clashes with state authorities.

We used this variation in the association between economic and cultural preferences. Studying data spanning 300 000 respondents from two large international surveys (World Value Survey and European Social Survey), our expectations seem to be supported. In all West European countries, left-wingers have been more likely to protest than right-wingers throughout the period under study (1990-2014). In Central and Eastern Europe, right-wingers were more likely to protest in the early 1990s, which we attribute to the legacy of the democratic transition from communist authoritarianism. However, later on, new experiences overlaid the transitional legacies and cultural liberalism took over. Consequently, today, in those countries where the economic left is culturally liberal (e.g. Slovenia or Estonia), left-wingers tend to protest more than right-wingers do. Conversely, in those countries where the economic right is liberal (e.g., Czech Republic or Bulgaria) right-wingers tend to protest more than left-wingers do.

Our theory partly draws on earlier theorising by Ronald Inglehart, whose influential works argue that individuals with post-materialist values, which are over-represented on the left in Western Europe, tend to participate more in elite-challenging activities. However, our theory is more general in that it does not equate cultural liberalism with post-materialism or the left. Our theory is also probabilistic. It does not claim that illiberal forces do not protest – they clearly do – but their ideology renders this protest engagement less likely and less frequent. Moreover, our theory clearly focuses on legal protest participation in democracies. We fully concur with previous studies that find that political extremism, which aims to destroy the existing (democratic) institutional order, is likely to lead to protest behaviour regardless of its underlying left-wing or right-wing identity. Who protests is finally also affected by a plethora of other factors such as relative deprivation, embeddedness in mobilisation networks, or dissatisfaction with government representatives (which typically largely reflects the ideological distance between these representatives and would-be protestors). These different factors probably co-explain, for example, the presumably ideologically mixed nature of the Yellow Vest movement in France (although one study does find a large proportion of left-wingers in the movement).

Together with other recent studies on ideology (here, here, and here), our theory helps make sense of the ideological patterns in political competition in both new and old democracies. It may aid in explaining the relative ease with which the liberal opposition in Central and Eastern Europe managed to mobilise tens of thousands protestors against illiberal and populist rulers in countries such as the Czech Republic or Poland. Simultaneously, this theory may travel to other regions and help explain their dynamics of protest behaviour.

For a longer discussion of this topic, see the authors’ recent article in Comparative Political Studies.

Filip Kostelka is Lecturer in the Department of Government at the University of Essex. He is also an associate researcher at the Centre d’études européennes et de politique comparée (CEE), Sciences Po, Paris. He researchs on political behaviour, party systems, and democratisation. Check his Google Scholar, Research Gate, and Publon profiles, or follow him on Twitter.

Jan Rovny is an associate professor at the Centre d’études européennes and LIEPP at Sciences Po, Paris. His research concentrates on political competition in Europe with the aim of uncovering the political conflict lines in different countries. He is also one of the principal investigators of the Chapel Hill Expert Survey on party positioning. Follow him at @JanRovny.

This entry was posted in Czech Republic, Estonia, Europe, Slovenia and tagged Central and Eastern Europe, cleavages, left wing politics, protest movements, protests. Bookmark the permalink.
We use cookies on this site to understand how you use our content, and to give you the best browsing experience. To accept cookies, click continue. To find out more about cookies and change your preferences, visit our Cookie Policy.