Do political divides translate into social divides? Winners and losers of globalisation

Posted on November 21, 2019 by Eurocrisis admin

By Marc Helbling and Sebastian Jungkunz

Over the years globalisation has led to major socio-political change that led to the emergence of a new cleavage between those who profit from it and those who suffer from the negative consequences thereof. Marc Helbling and Sebastian Jungkunz’s research show that these political divides also translate into social divides: Sympathy for people from the other side of the cleavage is much lower as compared to one’s own group, particularly for partisans of these groups. 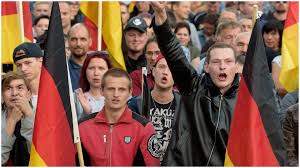 In recent decades, economic and socio-political change has led to the development of a new integration-demarcation cleavage in Western Europe, which pits those who profit from globalisation against those who do not. Today, we know quite well what groups of society belong to which part of the cleavage and also how political parties position themselves around it. It is especially education and positions towards globalization issues such as immigration that allows us to distinguish winners from losers of globalization. Moreover, we know that those who profit from globalisation also associate themselves with green or social democratic parties, whereas the often labeled “losers” of globalisation are found among supporters of right-wing populist parties. However, we have not known so far how strongly such political divides also translate into social divides. Or in other words, does having different political convictions also mean that people dislike each other more strongly in daily life? The answer to that question can have considerable implications for social cohesion and tells us something about the salience of the integration-demarcation cleavage.

Our recent article follows up on that point. More specifically, we ask ourselves, how those who profit and those who do not profit from globalisation perceive each other in daily life. Is it that people actually do not make a difference between each other? Or is it the case that there is indeed strong prejudice between the two groups, as has been reported in other media outlets over and over again? And are these prejudices smaller or larger than those between other groups, such as natives and immigrants, that have already been widely studied?

To answer these questions we conducted a survey experiment in Austria and Germany, in which we introduced a fictitious person to the respondents. This person had a certain set of characteristics (education, nationality and party affiliation), which we varied fully randomly and that allow us to distinguish losers and winners of globalization. This research design allowed us to check how respondents evaluate a certain person based on certain characteristics. Our results show that respondents indeed make a difference in the evaluation of people from the other side of the cleavage. This becomes particularly evident when informing respondents about the party affiliation of a person. Simply the fact that someone feels close to a party different from one’s own party affiliation decreases sympathy for that person. If, however, the other person feels close to a party that belongs to the other side of the cleavage, i.e. is either a winner or loser of globalisation, sympathy drops dramatically and becomes even more negative than attitudes towards immigrants. Or in other words, we see that supporters of mainstream parties and right-wing populist parties dislike each other quite strongly merely based on their party affiliation. What is interesting though, is the level of asymmetry in this case. Our results show that mainstream party supporters dislike voters of the Alternative for Germany (AfD) and the Freedom Party of Austria (FPÖ) much more strongly than the other way round.

In another working paper we extend this research by looking at how populist attitudes affect these relationships. Populist attitudes are considered to be a perception of the world, in which an often only vaguely specified evil elite conspires against the good and honest people. Globalisation is then often seen as a willful decision by the elite to privilege the higher educated and upper social classes at the costs of low skilled people. In regards to our research questions, this implies that the polarisation of society increases when populist attitudes become more widespread and salient among citizens.

Yet, our results provide evidence for that assumption only to some degree. We find in both countries that it is particularly supporters of right-wing populist parties that identify quite strongly with their own cleavage group. In Austria, a higher degree of populist attitudes leads then also to a stronger antipathy of the other cleavage group. Yet in Germany, we see that partisans of winners and losers of the globalisation dislike each other categorically and regardless of the level of populist attitudes they hold. Thus, it seems that in a country like Austria, where right-wing populist parties have played an important role for a long time, the establishment of such parties within politics and society leads to a certain level of destigmatization of the respective supporters. At the same time though, the heated political discourse further divides society as a whole. The results thus point towards a stronger polarisation of public opinion in Western Europe.

Marc Helbling is Full Professor in Political Sociology at the University of Bamberg and a Research Fellow at the WZB Berlin Social Science Center. He works on immigration and citizenship policies, nationalism, national identities, xenophobia/islamophobia, and right-wing populism.

Sebastian Jungkunz is Research Associate and Lecturer at the University of Bamberg and Zeppelin University. His research interests include populism, political extremism and polarisation of public opinion.

This entry was posted in Austria, Europe, Germany, Uncategorized and tagged AFD, Austrian Freedom Party (FPÖ), far-right, globalisation, populism. Bookmark the permalink.
We use cookies on this site to understand how you use our content, and to give you the best browsing experience. To accept cookies, click continue. To find out more about cookies and change your preferences, visit our Cookie Policy.