Posted on November 12, 2019 by Eurocrisis admin

As the Brexit crisis continues to unfold, Leddy-Owen’s recently published book fills a gap in academic analysis left by quantitative political scientists who ignore the sociology of nationalism and sociologists of race who ignore electoral politics. This article introduces his critique of two of the most prevalent current academic standpoints regarding Brexit: first, that England is descending into ‘culture wars’; and, second, that there is a straightforward anti-racist and anti-nationalist response to the present predicament. 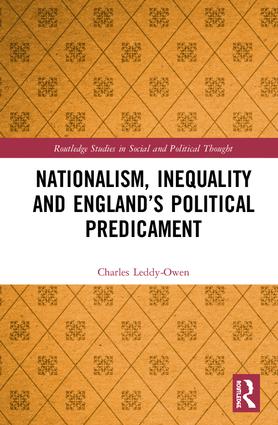 In the weeks and months that followed the United Kingdom Independence Party’s (UKIP) self-declared ‘political earthquake’ of 2014 I noticed that political scientists researching contemporary British politics weren’t engaging with the sociology of nationalism or race. At the same time, despite the rapid emergence in England of a major, explicitly nationalist political party, contemporary British sociologists of race weren’t showing much interest in electoral politics.

With these gaps in mind I wondered how insights drawn from the scholarship on nationalism and racism might illuminate a political landscape in which concerns about immigration were becoming increasingly prominent and influential. I also wondered, from a methodological perspective, how a qualitative approach exploring the interweaving of political ideology with personal narratives might complement the quantitative analyses drawn from large-scale surveys that dominate the academic study of British politics. The core aim of my book was therefore to bring hitherto detached research areas into dialogue, providing valuable insights into the relationship between nationalism and contemporary politics in England.

The qualitative interviews and participant observations analysed in Nationalism, Inequality and England’s Political Predicament were undertaken in the constituency of Portsmouth South during the official campaign period of the 2015 general election. As we now know all too well this campaign saw the election of a party with a manifesto commitment for a referendum on EU membership. I cannot claim to have foreseen how extraordinarily salient the issues discussed in the book would become. Nor did I foresee that there would be few constituencies more appropriate for such a study than Portsmouth South, the population of which voted 52%/48% for ‘leave’ and have been represented in parliament by all three major parties since 2015.

Though I therefore would have been surprised back in 2015 at how acutely relevant the book’s themes and fieldwork site would become, the analysis produced is nonetheless remarkably well placed to say something interesting and original about today’s unfolding situation. The present article will outline two of the book’s main arguments about how crucially important contemporary political outlooks and identifications are shaped, and how they might potentially be reshaped.

Recent, highly influential quantitative analyses that posit a developing US-style ‘culture war’ in England are guilty of obscuring the importance of nationalism to their causal claims. Though these political scientists’ accounts frequently deploy the concept of ‘national identity’, they almost entirely ignore the nationalist ideology in relation to which these identifications are necessarily forged. The conclusions that tend to follow position immigration, actual or perceived, as a problematic ‘threat to identity’ which populist politicians channel for electoral gain. In contrast, I contend that a more critical sociological approach should focus on the active role of nationalist ideology and ideologues in producing these feelings of threat.

Here it is important to clarify what I mean by nationalism. One of the key lessons of nationalism studies is that the concept should not be limited, as is habitually the case in lay and academic discourse alike, to explicitly chauvinist or ethnonationalist movements. As Ernest Gellner stated, nationalism is ‘primarily a political principle that holds that the national and political unit should be congruent’. In short, for nationalists, states should represent a particular national group.

It wasn’t until well into the twentieth century, following the dissolution of Europe’s empires, that nationalist principles became hegemonic globally, overlaying and replacing imperial and dynastic state formations with a much deeper historical provenance. Today, however, nationalism is unquestionably the dominant global framework for politics, as most powerfully demonstrated not by consciously waved national flags or explicitly nationalist political movements but by the unnoticed, unsaluted flags and national symbols that saturate our daily lives, or the throwaway, banal references to  ‘here’ or a ‘we’ – an ‘us’ – that subconsciously demarcate a nationalist worldview.

At the same time, as John Breuilly has noted, it should not be presumed that ‘the self-evident success of nationalism means that nationalism is very strongly rooted in the thought and behaviour of people’. In other words, just because nationalism is very important in broad, macro terms doesn’t mean it necessarily has the resonance at local and personal levels that its chief ideologues might claim.

My analysis of Portsmouth South’s population demonstrates the enduring prevalence and importance of nationalist principles in framing research participants’ political outlooks. Though, as we shall see below, nationalism is not the exclusive preserve of ‘the left behind’ or the conservative or radical right, it was particularly among UKIP-sympathising, socioeconomically marginalised interviewees that I found a greater sense of ideological expectation. That is, these participants were more likely to draw relationships between nationalist principles (such as a hostility towards immigration) and a personally sought-after sense of material and moral orientation. Crucially, however, even among the most ideologically ensconced nationalists, my research suggests that the cultural reach of nationhood and nationalism – if we consider culture in terms of actually lived ways of life – was rather weak. 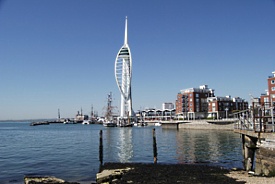 These participants’ attitudes towards immigration, for example, routinely drew on inconsistent perceptions, exaggerations and myths, which were often implicitly racist. Analysis of their complex qualitative narratives suggested that the relevance of nationhood, and of political differences constructed through nationalist politics, to everyday lives was very limited indeed – findings that would be impossible to obtain from analysing the necessarily limited battery of questions on immigration and race endlessly repeated in attitudinal surveys.

I therefore argue that the recent diffusion of nationalist ideology via media and political channels, within a specific socioeconomic and electoral context, provides the core explanation for an upsurge in populist nationalism. And rather than the alarmist conclusions provided by some political scientists – evoking groups with deeply-held identities, ‘threatened’ or otherwise, amassing on either side of a cultural divide – I suggest, from a position sympathetic to a more cosmopolitan form of politics, that resource redistribution and empathetic argument has considerable potential to shift nationalist political opinion.

Cosmopolitanism and its limitations

For those desiring an anti- or post-nationalist politics, the book’s findings therefore offer some hope. Optimism along these lines is further supported by the important strain of cosmopolitan politics analysed in the book. Many participants, albeit to widely varying extents, articulated outlooks and identifications that troubled any assumed relationship between nation and state. These more globally-oriented perspectives can be explained in relation to everyday experiences of multiculture and globalisation, the internalisation of anti-racist principles and, among more affluent participants, a sense of spatial mobility. Evidence is therefore found for manifestations of English cosmopolitanism similar to those identified by commentators as diffuse as Paul Gilroy and David Goodhart.

However, for all of these more cosmopolitan participants, implicitly nationalist principles significantly constrained how they thought about the state and a sense of political peoplehood. Global issues were rarely prioritised during long, wide-ranging interviews, and immigration was commonly instrumentalised as beneficial for this state and its population. Even participants who explicitly disidentified with the nation nonetheless routinely employed what Margaret Canovan calls the ‘tell-tale possessive language’ (‘we’, ‘us’, ‘our’, etc) of a particular state and the people therein. Therefore, while the salience of nationhood was regularly problematised, the salience of statehood, both practically in terms of the institutions in which power is situated and in terms of participants’ political identifications and sense of collective agency, was paramount.

So although these deeply-held cosmopolitan principles and identifications were much more closely related to everyday lives and culture than any ‘national identities’ were among nationalists, the absence of a coherent cosmopolitan ideology or relevant public sphere renders a cosmopolitan political demos (a global ‘we’) difficult to work towards, or even imagine, in politically viable ways. For those academics and activists informed by anti-racist and de-/post-colonial principles, for whom there is a clearly stated desire to abolish nationalism and its border regimes – see, for example, Sivamohan Valluvan’s brilliant recent contribution – this raises questions about how a cosmopolitan politics might become popularly and institutionally resonant. If our goal is the ultimate dissolution of nation-states, an aim with which I am personally very sympathetic, we need to focus on existing state institutions, idioms and identifications rather than wishfully seeking to ignore or bypass them.

The book concludes with the argument that while nationalism in England is enormously powerful and consequential, qualitative social research on the ground suggests that nationhood and ‘national identities’ are much weaker at personal and local levels with regard to everyday cultures. Given their theoretical and methodological underpinnings quantitative political scientists should perhaps focus more on the political than cultural level of analysis.

In contrast to the nation, however, the modern state has a taken-for-granted aura of endurance and permanence akin to that theorised long ago by Thomas Hobbes. If global justice and the tearing down of nation-state borders represent the ultimate political goal then, as uncomfortable as this might be for those who disavow identity categories such as ‘British’ or ‘English’, it remains critical to situate effective political action vis-à-vis the modern state’s constraints on political imagination and identifications.

Charles Leddy-Owen is Senior Lecturer in Sociology at the University of Portsmouth. He has published numerous journal articles and a book – Nationalism, Inequality and England’s Political Predicament – exploring racism and nationalism in contemporary England. He can be found on Twitter at @CLeddyOwen.

This entry was posted in Brexit, Elections, Euroscepticism, Nationalism, United Kingdom and tagged Brexit, Nationalism, UK, UK elections. Bookmark the permalink.
We use cookies on this site to understand how you use our content, and to give you the best browsing experience. To accept cookies, click continue. To find out more about cookies and change your preferences, visit our Cookie Policy.