Victoria Abi Saab is an early career scholar. She holds a BA in International Studies from Leiden University and an Msc in Anthropology from University College London. Her interests of research lie at the intersection of International Relations and Anthropology, specifically on the study of the politics of migration and solidarity in Europe.

Koen Abts is assistant professor at Tilburg University and research fellow at the Institute of Social and Political Opinion Research at the University of Leuven.

Dr Giota Alevizou is a research fellow in digital cultures and connected communities at the Open University, UK. She has published work in the cultural politics of technology in education, community media and online encyclopaedias. Her current research explores the intersections of media, civic culture and urban politics. She leads an AHRC-funded project (Asset Mapping: Comparative Approaches) exploring approaches to, and methods for, public engagement and community capacity building.

Alexandros Alexandropoulos is a Visiting Academic at the LSE and a researcher at the European Research Network on Social and Economic Policy (ERENSEP). He has taught at SciencesPo Paris and was a Policy Expert for the Hansard Society.

Anar Ahmadov is an Assistant Professor of Political Economy at Leiden University. He was 2011-2013 Global Leaders Fellow at Oxford University and Princeton University. His current research interests lie in the governance of natural resources, economic inequality, and democracy.

Kristi Allaj is currently earning her BA in International and Intercultural Communications with a minor in Political Science at Baruch College of City University of New York. Having moved from Europe to the United States, her main interests rest in the development of countries’ relations and the adaptation of people of various cultures in different political environments. Follow her at @KristiAllaj. 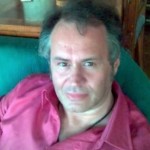 Eleftherios Antonopoulos is a researcher on EU Governance and politics. He holds a PhD in European Public Policy from the University of Strathclyde in Glasgow and an MSc in European Politics and Governance from the London School of Economics and Political Science. Follow him on Twitter at @lefterisa2 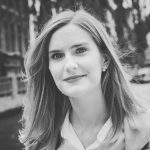 Ariane Aumaitre is academic assistant at the College of Europe in Bruges. She holds a MA in European Public Policy Analysis from the College of Europe. Her research interests are focused on the political economy of European integration, and especially on the impact of economic integration on national policies. She’s also interested in the intersection between female labour market participation, the sustainability of welfare states and equality of opportunities in post-industrial societies. 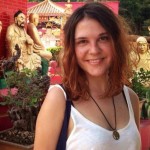 Irem Aydemir is editor at 140journos, a Turkish citizen journalism platform based in İstanbul. She holds BA from Department of Political Science and International Relations, Bahcesehir University. By pursuing a graduate degree, her research interest areas are intertwined relationship between identity politics and social movements; precisely identities based on ethnicity, migration and religion.

Yiannis Baboulias is a Greek investigative journalist. His work on politics, economics and Greece appears in the New Statesman, Vice UK and others. Follow him on Twitter at @yiannisbab.

Kanad Bagchi is an MSc Candidate in Law and Finance at the Faculty of Law, University of Oxford. He has formerly worked as a research assistant at the Europa-Insitut, Universität des Saarlandes, Germany.

Giuseppe Bianchimani is an Italian student of Economics at Guido Carli Free International University for Social Studies (LUISS) in Rome. He is a blogger for “Il Fatto Quotidiano” (personal page). His work concerns politics and economics, focusing on the Italian case and the Eurozone, and specifically concentrating on sovereign debt crises and debt sustainability. He tweets @pinoblanco93.

Magnus Boye Bjerregaard holds a MA in Journalism and Informatics and now works as a Journalist for the Danish online IT-magazine Version2.dk. See his personal website: http://magnusboye.dk

Mireia Borrell-Porta holds a BSc in Economics from Universitat Pompeu Fabra and a MSc in European Political Economy from LSE. She is currently a third  year PhD student of Political Economy at the European Institute at the LSE. Her research focuses on the factors which influence the evolution of social preferences, with an emphasis on family values and social policy reforms. She is also interested in issues of fiscal and political descentralization and federalism and has done some consultancy work on the field of Regional Development and Cohesion Policy. Mireia contributes periodically to a blog on economics and politics, written in Catalan: http://ekonomicus.com 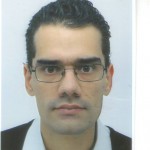 Vasileios Bougioukos holds a PhD in Economics from Bangor University (Wales). His research focuses mainly on wage bargaining, labour economics and social dilemmas. Moreover, he holds a MSc in European Political Economy from the LSE.

Catherine Briddick is a graduate reading for a DPhil in Law at the University of Oxford and Chair of @AsylumAid. You can follow her @CateBriddick. 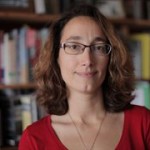 Sally Broughton Micova is a Fellow in the Department of Media and Communications Department at the London School of Economics and Political Science, where she also completed her PhD. She is also Acting Director of the LSE Media Policy Project with which she has been involved with for the last 3 years. Before entering academia she spent more than a decade in international organisations working with the media. She also lectures on media economics and industries at the Institute for Communications Studies at the School of Journalism and Public Relations in Skopje. 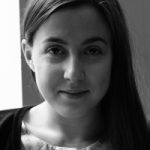 Dr Bart Cammaerts is senior lecturer and director of the PhD program in the Department of Media and Communications at the London School of Economics and Political Science (LSE). He is the former chair of the Communication and Democracy Section of  ECREA and vice-chair of the Communication Policy and Technology section of IAMCR. His most recent books include: Mediation and Protest Movements (eds with Alice Matoni and Patrick McCurdy, intellect, 2013), Media Agoras: Democracy, Diversity and Communication (eds with Iñaki Garcia-Blanco and Sofie Van Bauwel, Cambridge Scholars Publisher, 2009), Internet-Mediated Participation beyond the Nation State (Manchester University Press, 2008) and Understanding Alternative Media (with Olga Bailey and Nico Carpentier, Open University Press, 2008). Beyond academia, Bart Cammaerts is also active within the community radio movement and as a musician and DJ. 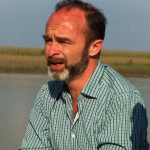 Andrea Lorenzo Capussela holds a PhD on competition policy. After several years in the private sector, he served as the head of the economics unit of Kosovo’s international supervisor, the International Civilian Office, in 2008–11, and as the adviser to Moldova’s economy minister and deputy prime minister, on behalf of the EU. He then took a sabbatical during which he wrote: State-building in Kosovo: Democracy, EU Interests and US Influence in the Balkans  (I.B. Tauris: London, forthcoming). He is currently researching another book, and is doing some voluntary work on the development of a district in Calabria (http://www.luoghideali.it/groups/sibari-pollino/).

Javier Carbonell  is currently completing a PhD at the University of Edinburgh after studying an MSc in International Relations at LSE and Political Science and Hispanic Studies as an undergraduate. He is the Coordinator for the Association for Study of Ethnicity and Nationalism (ASEN) and the Editor of LSE Eurocrisis Blog. Previously, he was a member of the editorial board of Millennium: Journal of International Studies. Follow Javier on Twitter:  @javierccll 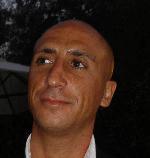 mi has held appointments at European and non-European universities, and was an international consultant for Unicef. He is the author of  Post-Communist Welfare Pathways: Theorizing Social Policy Transformations in Central and Eastern Europe (together with P. Vanhuysse);  Migration and Welfare in the New Europe. Social Protection and the Challenges of Integration(together with E. Carmel and T. Papadopoulos), and Permanent Emergency Welfare Regimes in Sub-Saharan Africa: The Exclusive Origins of Dictatorship and Democracy.

Panos Chatzinikolaou is a MSc Public Policy and Administration graduate from LSE and has work experience at the United Nations, the European Commission, and Portland Communications. 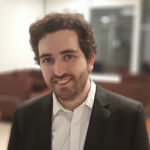 J. Enrique Chueca Montuenga holds an MA in International Political Economy from King’s College London and has a BSc on Industrial Engineering with a minor on International Studies focused in economics from Carlos III of Madrid University. He has recently worked as a consultant on Energy for the Inter-American Development Bank and for the European Parliament on digital and industry regulation and innovation related issues.

Jérémie Cohen-Setton is a Research Fellow at the Peterson Institute for International Economics (PIIE).

Alessio Colonnelli has written for Open Democracy (45 times), The Independent (13), Mediapart (12, English-language version), Huffington Post UK (3), New Statesman (2), Prospect Magazine (2) and various others including Foreign Policy, mostly about Italy, Britain, politics and social affairs. He used to be an editor/translator (into English) of European press feature/opinion articles at Kantar Media Intelligence, City of London. He has a combined B.A./M.A. in foreign languages and literary translation (University of Padua) and writes a blog called “Thoughts on Europe”. 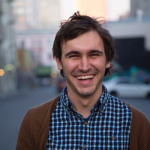 Luis Cornago Bonal holds a dual bachelor in Political Science and Sociology from Universidad Carlos III de Madrid (UC3M) and is pursuing a master’s degree in comparative politics at the London School of Economics. He has been the recipient of the “la Caixa” scholarship (2017) to carry out postgraduate studies in the United Kingdom. 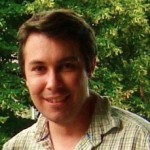 Michael Courtney is an IRCHSS PhD candidate in the Department of Political Science, Trinity College Dublin. He studies the dynamics of intra-party attitudes in Ireland. Follow him on twitter @MichaelPolSci or visit his personal website. 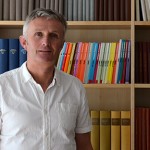 David Crouch is a freelance reporter in Gothenburg, Sweden. He was previously deputy Europe news editor at the Financial Times. He occasionally contributes to The New York Times and The Guardian. He tweets at @davidgcrouch.