Even in organizing elections the UK has to be different from the rest of Europe. Well, actually, the Dutch also voted for the EU elections last Thursday, rather than on Sunday like everybody else. While catholics have always exploited the divine benefits of organizing the vote on a Sunday, protestants don’t vote on the day of the Lord… As such, voting is organized on weekdays in the UK and the Netherlands, as it also is in the U.S. As a result, we find ourselves in the highly surreal situation that the UK and Dutch state has crucial information regarding the outcome of their respective EU elections that it cannot share with those that actually voted, their citizens. 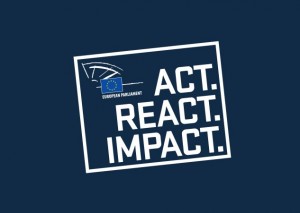 What is, however, even more intriguing is how the media of both countries deals with this imposed Omerta. Here in the UK, for the time being at least, the media is focusing on the local elections . Newspapers and broadcasters alike are holding their breath and are complicit to the apparent blackout. The EU elections are not played up by the UK media; the BBC has its ‘special’ EU election broadcast on Monday only.

In the Netherlands, on the other hand, the public broadcaster effectively paid for a proper exit poll to be carried out and other Dutch media eagerly refer to exit-polling data, which we know can be quite accurate. The results of that exit poll, by the way, seem to suggest that the populist right of Geert Wilders has lost the EU elections in the Netherlands . However, there are also competing predictions of what happened on Thursday, showing more of a status quo, but that does not really matter in the grand scheme of things. 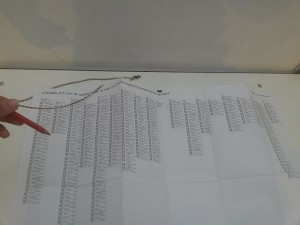 What surprises me most of all in this is that no UK media outlet, given their politically obsessiveness and the resources they have at their disposal, has invested in an exit-poll and seized the opportunity to ‘make news’. Surely the evening or morning after an election, the only, the first and foremost thing the electorate wants to know is who won, who lost and by how much, how did the candidates that I voted for fare? And because of the insistence to vote on a Thursday the results of the EU elections are being denied to us. You would think that a British media outlet would have seen the potential to sell lots of copy with a quite accurate prediction of the vote and division of seats. An exit-poll is known to provide such an accurate prediction, so why did not a single UK media outlet do this?

I can only see two possibilities as to why this is. The first one would refer to the fact that the EU elections are not that significant to the UK public and media, making it not worthwhile to invest the money needed to do a proper exit-poll. I personally do not think this is a plausible reason. While this might be the case to some extent, there would still be enough people interested in these results and crucially so certainly those still buying newspapers. The second reason, which I think is closer to the truth, is that the UK media is acting in a somewhat ethical way; in accordance with the spirit of the EU elections they respect the guidelines of not making any results public until Sunday when all other EU citizens have voted. Whatever the reason, it is still strange and surreal to have voted last Thursday (or even earlier for those using a postal vote) and still awaiting the result, knowing the votes have been counted…

Dr Bart Cammaerts is senior lecturer and director of the PhD program in the Department of Media and Communications at the London School of Economics and Political Science (LSE).

3 Responses to The European Elections in the UK