Drawing Citizenship: The European Elections through Cartoons and Comics 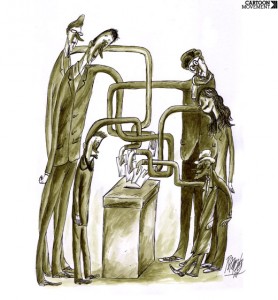 The Cartoon Movement has joined forces with the European Cultural Foundation (ECF) to explore perspectives on the 2014 European elections through comics and cartoons. Until 25 May 2014, we are inviting comic artists and cartoonists to reflect on European citizenship and the various issues that are currently facing Europe. We are not just interested in the EU, but would like to hear perspectives from countries that are part of European citizens’ daily lives across the continent and beyond.

In the run up to the European elections, we have been asking cartoonists to challenge prevailing notions of democracy and representation, to reflect on alternatives, and to offer fresh perspectives on more inclusive societies across Europe and beyond. In short, we ask: what is the future of Europe? Will it be a fortress designed to keep other people out, or no more than a free trade zone? Will Europe evolve into something more, a political entity with a true European citizenry? 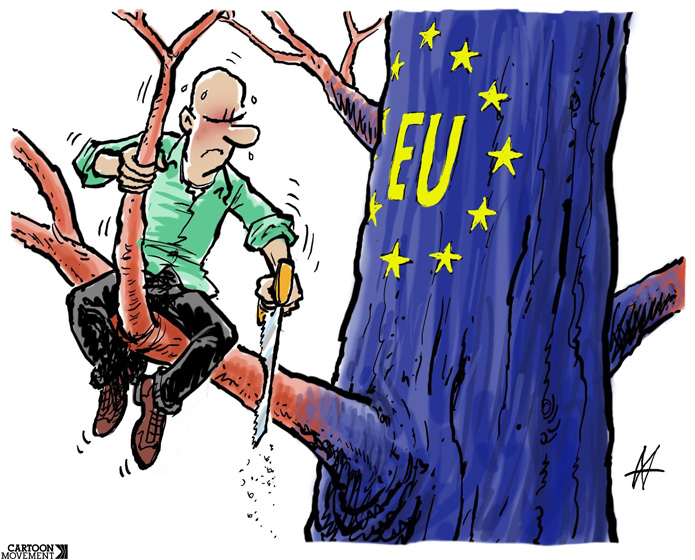 EU: It Grows on Us by Maarten Wolterink 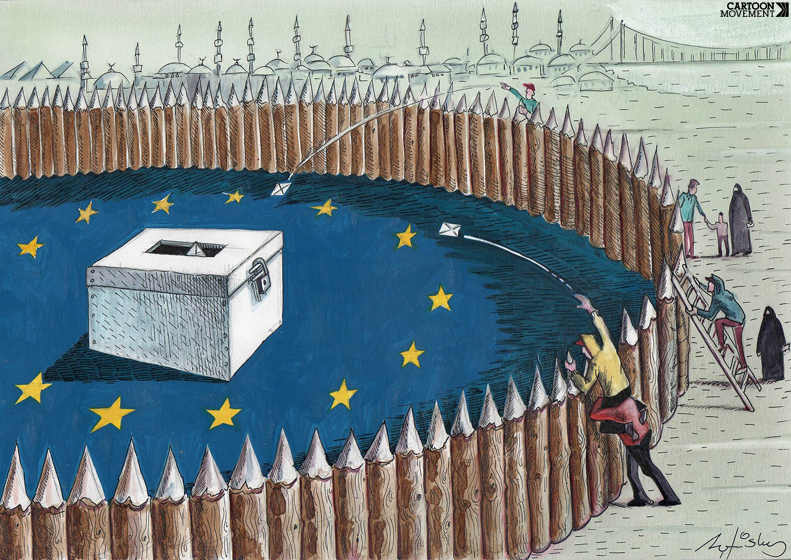 The Gap by Halit Kurtulmus Aytoslu 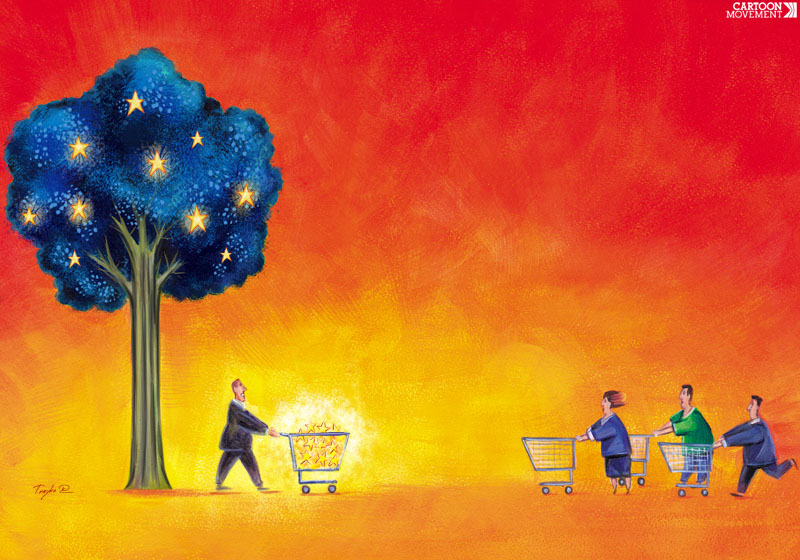 Choose Your Future by Trayko Popov 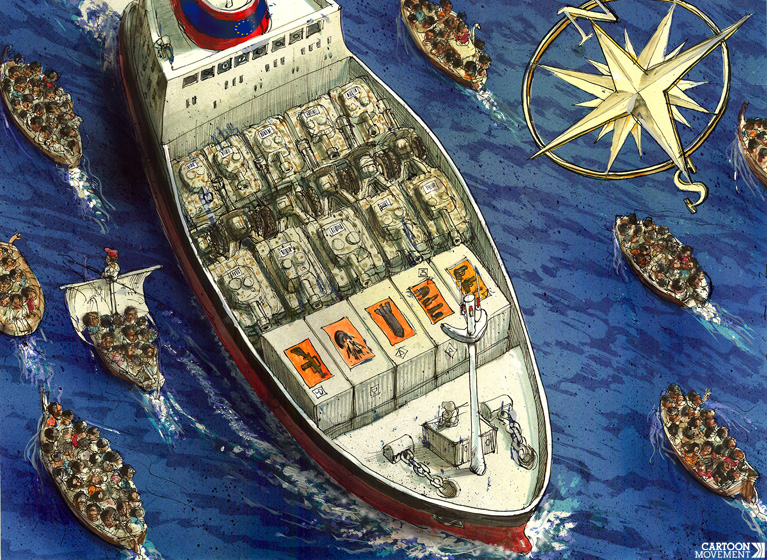 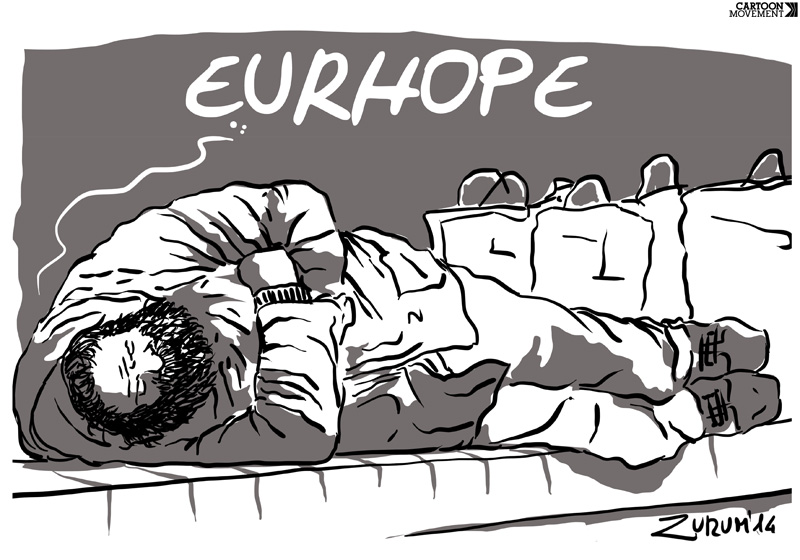 Tjeerd Royaards is editorial cartoonist and cartoon editor for the Cartoon
Movement. Explore his work at http://www.tjeerdroyaards.com/.

This entry was posted in Europe, European elections, Media and tagged cartoons, comics, European Elections 2014, European identity, European Union, Journalism, media, political cartoons. Bookmark the permalink.
We use cookies on this site to understand how you use our content, and to give you the best browsing experience. To accept cookies, click continue. To find out more about cookies and change your preferences, visit our Cookie Policy.