Europe, it seems, is facing a ‘migration crisis’. This crisis is ‘testing’ for, amongst others, the British public, because, as our Prime Minister David Cameron explained in an interview with ITV News:

you have got a swarm of people coming across the Mediterranean, seeking a better life, wanting to come to Britain because Britain has got jobs, it’s got a growing economy, it’s an incredible place to live.

So just who is this ‘swarm’? It is not at all clear, as whilst the BBC reports on Calais’ ‘battles’ with a ‘migrant influx trying to reach UK’, Al Jazeera’s ‘Inside Story’ asks instead whether those who have fled conflict are being undermined by the language used to describe their plight, taking an editorial decision not to refer to those crossing the Mediterranean as ‘migrants’ and using instead the term ‘refugees’. 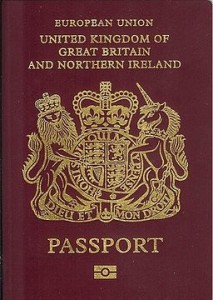 The migrant vs refugee binary is not the only distinction being drawn in media reporting of Europe’s ‘migrant crisis’. In addition to the traditional differentiation between asylum and migration and the shifting sympathies which accompany it, we have also seen renewed attention being paid to the ‘deserving refugee’ and the ‘bogus asylum-seeker’. Thus at the same time as the Daily Mail urges the Government to grant asylum to ex-military translators and highlights the violence that they and their families experience (and the risks and costs of being ‘smuggled’ to the UK), the newspaper also ‘reveals’ the ‘trafficker’ who is ‘smuggling’ hundreds across the Mediterranean and ‘investigates’ a ‘cabal’ of asylum charities for, amongst other things, holding the Government to account.

The first step that might be taken to unpick some of the discourse around the ‘migrant crisis’ is to reflect on its positioning as a ‘crisis’ or ‘problem’ in need or some immediate and ‘one off’ (military or security?) response.

As Professor Guy Goodwin-Gill said in his address to the Parliamentary Assembly of the Council of Europe Ad Hoc Committee on Large Scale Arrivals of Refugees to Turkey:

The movement of people leaves few States untouched, and much of that movement is driven by desperation – unremitting conflict and persecution, failed and exhausted economies. Nor is that movement a problem waiting for a solution; on the contrary, it is a phenomenon in a modern, globalized world presently no more able to resolve major economic challenges than to broker peace in conflict. It is a phenomenon we must learn to live with, and to manage as best we can in the interests of all. Among other matters, this will require States dealing with each other on a basis of equity and equality, not outmoded and unrealistic expectations of sovereign entitlement. In addition, better ‘management’ will require investing in long-term responses, not short-term, ad hoc measures focused simply on symptoms, not causes. Only an approach combining protection, humanitarian assistance and opportunity with political and financial investment in mitigating and removing the underlying push factors can have any impact.

In attempting to recast the ‘migrant crisis’ as a phenomenon ‘we must learn to live with’, I am not seeking to downplay the immensity of the human suffering that this movement involves. The IOM has reported this week that 2,373 people have died attempting to reach Italy. Once within Europe migrants often find themselves destitute and at risk of further violence as they seek to claim asylum in their country of arrival or travel onwards through Europe. Human Rights Watch has reported that 9 people have died in Calais in just two months this summer.

Rather, by drawing attention to the ‘migrant crisis’ discourse, I am seeking to highlight two interlinked phenomena: the role of the discourse in dehumanising refugees/migrants (and the potential consequences of this), and its use by Governments and the EU itself to justify the adoption of measures that not only fail to respond to the challenges posed by migration but which make migration more dangerous and costly, for all those involved.

As Dr Scott Blinder of Oxford’s Migration Observatory explains, asylum applicants and their dependents (such as partners and children) comprised just 8% (approx.) of UK net migration in 2013, down from 49% in 2002. 41% of those who claim asylum have their initial applications accepted and 28% of those who appeal against a negative decision do so successfully. There are not, therefore, large numbers of people claiming asylum in the UK and a significant proportion of those that do are recognised as requiring protection.

Turn to the claim that those seeking to enter are economic migrants rather than ‘genuine refugees’ and, again, the rhetoric does not match the reality. In 2013 the leading sources of asylum applicants in the UK were Pakistan, Iran, Sri Lanka, Syria, Eritrea, Albania, Bangladesh and Afghanistan. As might be expected given the current conflict, applicants from Syria have increased whilst (again, unsurprisingly) Eritrea was the leading source country for asylum applicants in 2014.

Finally, contrary to media reports and comments like those of the Prime Minister, which focus on migrants seeking to reach the UK, the reality is that the UK has taken a declining share of Europe’s asylum claims. Eurostat data shows that the UK’s share of Europe’s asylum claims has actually fallen from approx. 10% in 2008 to approx. 5% in 2014. The countries experiencing the greatest annual increase in applications are Italy, Hungary and Germany. Indeed the German Federal Office for Migration and Refugees has registered 218,221 applications between January and July 2015.

The presence of approx. 3,000 people in Calais seems rather more manageable when placed in this context, but the response of the British and French Government has been an agreement which seeks to manage ‘migratory flows in Calais’ through increased security (including the use of dogs and fencing) the establishment of a ‘joint command and control centre’, the dismantling of ‘trafficking networks’ and the return of ‘illegal migrants’.

Even if such measures were thought to be a proportionate response to the ‘crisis’ in Calais they are unlikely to succeed. As a 2006 briefing paper by Professor Thomas Spijkerboer of Vrije Universiteit Amsterdam for the European Parliament’s committee on Civil Liberties, Justice and Home Affairs shows, deterrence policies which aim to reduce the number of migrants seeking to enter European countries not only fail to do so but instead displace migrants from one place to another, a displacement that is accompanied by an ever increasing number of fatalities.

Travelling into and within Europe is actually safe. It is also (relatively) inexpensive. A brief internet search reveals that I can take a car and passengers from Calais to Dover or from Algiers to Marseille for around 50 Euros. Add low-cost air travel and the number of travel options multiply again. If people are dying or being injured at Europe’s internal or external borders, or if they are arriving having depleted all their financial resources (never mind their physical or mental resources) it is because Europe has created a regime of border controls which ‘push’ people into ever more irregular and unsafe journeys.

What might an alternative response to Europe’s migrant crises look like? A recent study for the LIBE Committee of the European Parliament has recommended, amongst other things:

Such measures, when considered alongside recommendations which include giving asylum-seekers a choice of where their claim is decided, or allocating responsibility for hosting refugees following status determination (using a distribution key which would take into account factors including GDP for example) would not only reduce the numbers of those who die seeking protection in Europe and the suffering described all too briefly here, but offer a vision of a Europe which places the rights and dignity of those seeking protection at the centre of analysis.

Whilst Article 13 of the Universal Declaration of Human Rights recognises a right of residence and movement within a state, as well as the right to leave it, no corresponding right of entry into another country exists. In Article 14, the ‘right to seek and to enjoy in other countries asylum from persecution’ is not met with a corresponding duty on states to receive such ‘right-holders’. There is, therefore, a tension in international law between the rights of individuals to seek international protection and the obligations on States (in Europe or elsewhere) to receive asylum seekers. Whilst this tension is unlikely to be resolved satisfactorily within Europe in time to help those fleeing Syria or other conflicts, this is not, as studies like that conducted for the LIBE Committee show, because we don’t know what is required. It is because ‘we’, the European polity, have chosen not to act on that knowledge, the language used obscuring the choices made.

Catherine Briddick is a graduate reading for a DPhil in Law at the University of Oxford and Chair of @AsylumAid. You can follow her @CateBriddick.

3 Responses to Fortress Europe: Cause or Consequence of Europe’s ‘Migrant Crisis’?