Why the European Stability Mechanism reform should be postponed

Posted on December 11, 2019 by Eurocrisis admin

Eurozone finance ministers reached a preliminary agreement on a reform of the European Stability Mechanism in June, but failed to conclude it last week. The reform is now set to be discussed during the European Council meeting on 12-13 December. The authors argue that the proposal should not be endorsed in its current form. They argue it would represent a missed opportunity to secure a broader and more ambitious reform package. 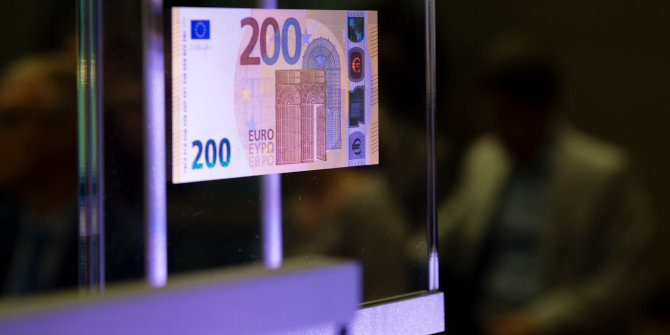 At the December European Council, EU leaders will be asked to endorse a reform of the European Stability Mechanism (ESM). They should refuse to do so. Closing the ESM negotiations now would remove an important element from a better potential reform package. Indeed, the reform is highly imperfect and imbalanced, and the issue of euro area reform deserves a broader and more ambitious agenda.

The ESM reform has been under negotiation for three years and has had three important objectives. First, it aims to bring the ESM under community law so as to reform its governance, reduce the scope for potential vetoes by national governments, and increase the accountability of its decision-making in relation to the European Parliament. Second, it is intended to enhance the ability of the ESM to act pre-emptively and safeguard financial stability through precautionary instruments, improve the functioning of the ESM in programmes, and clarify the framework for debt sustainability. Finally, it seeks to expand the role of the ESM so that it can play the role of a backstop to the single resolution fund (SRF).

European finance ministers agreed to a compromise in June this year and while they didn’t conclude this agreement last week, they are aiming to finalise the remaining details in the coming months, unless the European Council mandates them to take a step back. Yet the reform agreed by the Eurogroup falls far short of the initial objectives and risks undermining a future possible deal.

The first issue with the reform is that the ESM would remain an intergovernmental organisation rather than one that has been transformed into a European institution or body. Its governance would remain dominated by national vetoes, its decisions would remain unaccountable to the European Parliament, and its powers would eat into those of the European Commission under a memorandum of cooperation that expands the monitoring and surveillance role of the ESM without increasing its accountability. The fact that memorandums of understanding will need to be signed by the ESM not only fails to improve its governance but actually makes the situation worse by transferring important authority to the ESM without appropriate accountability.

Second, the ability of the ESM to play a greater stabilising role thanks to the creation of a precautionary conditioned credit line (PCCL) has been undermined by a series of criteria that make it inaccessible to most countries. For instance, even today, France and Finland would not be eligible. In practice, there is thus no progress regarding the stabilisation capacity of the ESM. Together with the reform of the Collective Action Clauses and the enhancement of the ESM’s role in debt restructuring, these changes would most likely have a destabilising rather than stabilising effect in the absence of progress on the creation of a safe asset.

Finally, the agreement to use the ESM as a backstop to the single resolution fund is perceived as great progress. But it would remain subject to national parliamentary vetoes. As illustrated by recent experience and highlighted by the German ‘non-paper’ on the banking union, the Single Resolution Board is actually unable to undertake the resolution of even a small bank in Europe in part because national insolvency will always be preferred. Therefore, it seems hard to envisage that the SRF and its backstop could be used until a proper resolution framework underpinned by a genuine European insolvency regime emerges. The ESM backstop is therefore a paper tiger and even potentially a step backwards from the current ESM direct bank recapitalisation instrument.

Because of these shortcomings, there should therefore be no qualms about delaying an agreement on the ESM. In fact, an agreement now would make progress more difficult in other critical areas of the euro area architecture. Given the new leadership of the European Commission, and the change of attitude in Berlin towards banking union, agreeing to the ESM reform as it stands would be a missed opportunity for a broader and more ambitious package.

EU leaders must take a moment to pause, step back and design a more comprehensive and ambitious euro area reform agenda. This should build on: the reform of the ESM, the reform of the fiscal compact (TSCG), progress on resolution in the banking union, and progress on the Budgetary Instrument for Convergence and Competitiveness (BICC) and unemployment insurance.

Bringing the ESM under community law

The ESM reform itself must be modified in several ways. First, the memorandum of cooperation agreed with the European Commission goes a step too far in expanding the powers of the ESM. It needs to be revised so as to ensure the ESM’s goals are more narrowly defined and embedded into the European institutional framework either as an EU agency (the embryo of a European Treasury) or as a body with its own capital like the European Investment Bank. Over time, this would reduce the role and potential vetoes of national governments along the lines of the European Financial Stabilisation Mechanism or the Balance of Payments Assistance Facility, which are both institutionally and democratically much more robust facilities.

It is vital to provide genuine precautionary lending instruments. The ESM should have a true precautionary line that could be activated at its discretion rather than only in the context of narrowly defined eligibility criteria. The Enhanced Conditions Credit Line (ECCL) should be expanded and the ways in which it would differ from a standard ESM loan programme should be clarified.

It is also necessary to establish a backstop to the resolution framework. The use of the ESM as a backstop to the single resolution fund should not be subject to national vetoes. As the recent German ‘non-paper’ on the banking union highlights, the current reform proposal would only make the backstop effective after considerable reforms of both the Banking Recovery and Resolution Directive (BRRD) as well as reforms of the Single Resolution Board. Without progress on the banking union, the promise of a backstop lodged in the ESM is an empty one because it is certain not to be activated. Therefore, an ambitious ESM reform requires ambitious steps to also upgrade the European bank resolution framework.

Progress on the banking union

The German ‘non-paper’ on the banking union has highlighted profound weaknesses in the resolution framework. Over the last couple of years, attention has focused on the European deposit insurance scheme, but deep flaws in the resolution framework have been ignored. A review of the Banking Recovery and Resolution Directive as well as changes to the Single Resolution Regulation could correct many flaws. However, a real harmonisation of bank insolvency procedures and legislation might be necessary. The European deposit insurance scheme could progress more rapidly on this basis and be more fully embedded into a resolution authority. This would have to be accompanied by clarifications related to the treatment of home/host supervisory issues and harmonisation of the tax framework affecting banks’ location choices.

Establishing the embryo of a genuine fiscal capacity

The Budgetary Instrument for Convergence and Competitiveness falls far short of the sort of instrument the euro area requires. In its current form, it fails to provide the kind of fiscal stabilisation the euro area needs as it was designed mostly as a competitiveness and convergence instrument. For it to be enhanced over time (under an inter-governmental agreement establishing the possibility to increase its resources if and when needed), the idea of juste retour and its exclusive funding via the EU budget must be abandoned.

Fiscal stabilisation could also be complemented through the creation of a European unemployment insurance scheme. Leaders must also (belatedly) fulfil a promise made in the Meseberg declaration to “set up [the] working group with a view to making concrete proposals by the European Council of December 2018” and the European Commission should follow up with a legislative proposal.

In 2011, the fiscal compact (TSCG) was designed as a quid pro quo for the creation of the EFSF/ESM. It was then understood that after having been created under the urgency of the financial crisis, the ESM and the fiscal compact would be brought together under community law. This commitment was, in fact, enshrined in the TSCG itself. The European Fiscal Board has advocated a reformed Stability and Growth Pact which would be based on one single target (sustainable public debt), one single instrument (controlling net expenditure growth) and one general escape clause.

The push for more green investments also requires an updating of the current framework, which should include the possibility of financing these investments through larger deficits and bond issuance. President Macron has suggested in a recent interview that fiscal rules are outdated but has yet to propose a new and more effective fiscal framework. The European Commission will not escape a review of the Stability and Growth Pact during its term.

Note: This article gives the views of the authors, and not the position of the Euro Crisis in the Press blog nor of the London School of Economics.  Featured image credit: European Central Bank / Martin Lamberts (CC BY-NC-ND 2.0)

Shahin Vallée
Shahin Vallée is a Fellow at the German Council on Foreign Relations (DGAP) and a PhD candidate at the LSE’s European Institute.

Paul De Grauwe
Paul De Grauwe is a Professor and the John Paulson Chair in European Political Economy at the London School of Economics and Political Science (LSE).