Posted on December 11, 2019 by Eurocrisis admin

Although there is consensus that the AKP is a populist party it does not directly resemble European or Latin American cases of populism. By exploring the case of Turkey and its difference with Europe and Latin American populism, the author argues that rather than trying to adapt the cases to the pre-existing typologies of populism, scholarly work should also be open to the idea of reconsidering their definitions if it does not fit the peculiarities of the countries. 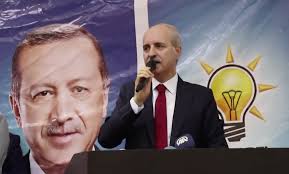 General interest and academic work on populism have significantly expanded since the 1990s, as evidenced by the number of books with “populism” or “populists” in their title jumping from around 450 in the 1990s to above 700 in the first decade of the 2000s. This surge of interest was certainly due to the rise of radical right in Europe and the changing character of populist movements in Americas from the 1990s onward. Reflecting the trends in these regions, academic work and commentaries on populism still maintain their focus on Europe and the Americas. Despite progress that has been made in understanding populism, its consequences and causes, the literature still lacks a truly global perspective.

As I have argued in a recent article, the case of the Justice and Development Party (Adalet ve Kalkınma Partisi– AKP) in Turkey poses an interesting challenge to this expanding literature and its continuing “Atlantic bias”. With its political history and socioeconomic background sitting uneasily between different regions, Turkey does not directly resemble European or Latin American cases of populism. As a result of this mismatch, although there is now a consensus that the AKP is a populist party, there is no agreement on the adjective that needs to come before the label. While most classify the AKP as “neo-liberal populist,” others use several other adjectives, such as “Islamic”, “authoritarian” or “nativist”.

This conceptual confusion in the Turkey-specific literature is in part due to the general approaches to populism, which were designed to explain Europe and the Americas, but not necessarily expand to other continents. The study of populism has been divided mainly into two genres, the ideological and the strategic approaches. The ideological approach distinguishes between exclusionary and inclusionary populism corresponding mostly to right wing populism in Europe and left wing populism in Latin America, based on how populists define “the people” against their enemies, “the elite”. The strategic approach differentiates between classical, neo-liberal and radical populism, based mostly on the Latin American experience, taking into account different organisational attributes and economic policies of the populists.

Herein lies the problem with cases like Turkey. If AKP’s populism is assumed to be like European cases and researchers directed attention to its discourse on how it defines “the people”, then the case can be interpreted as an instance of exclusionary populism, with labels such as “nativist” or “Islamic” becoming appropriate. If the AKP is seen similar to Latin American populists and research focused on its economic policies and the leadership of Recep Tayyip Erdoğan, then it can be construed as a case of “neo-liberal” populism. Thus, the Turkish case of populism can fit into different categories depending on the approach and general regional focus.

Furthermore, even within the same approach, the Turkish case of populism has elements that defy easy categorisation. While its ideology resembles the radical right in Europe and exclusionary populism, the AKP also has inclusionary policies, targeting the poor and with clear class dynamics.  Universal policies of welfare were abandoned by the AKP, but they were substituted with social assistance programmes in healthcare and distribution of aid. These policies resemble Latin American inclusive populism more than the European radical right’s “welfare chauvinism” geared towards protecting the already existing universal benefits from the immigrants.

A purely economic reading of the AKP would consider its policies neo-liberal for the most part of its rule. However, in organisational terms, Erdoğan has maintained and relied on his political party, its grassroots network and mobilisation on the streets against the 2016 coup attempt similar to radical populists in Latin America, such as Chávez. This pattern is quite unlike the Latin American neo-liberal populists such as Fujimori, who avoided intermediary organisations such as parties between the leaders and their followers.

In short, the AKP does not resonate immediately with any of the types of populism that has been identified for the cases of Latin America and Europe. Yet, this does not mean that Turkey is unique. The Bharatiya Janata Party in India and the now defunct Thai Rak Thai Party in Thailand have similar characteristics to the AKP when their ideological, economic and organisational attributes are examined altogether.

This way of combining different characteristics and bringing in Asian cases require a move beyond the existing ideological and strategic approaches based on Latin America and Europe. Incorporating these genres’ conceptualisations in a way that expands them, in turn, necessitates a broader and comprehensive approach to populism, taking into historical and sociological specificities of the countries into account.

Looking into these historical specificities, interesting parallels can be observed between India, Thailand and Turkey. To catch up with colonial powers in the early 20th century, reforming elites in all three countries adopted Western civilizational projects against traditional ways of life and thinking. While in India and Turkey, the elites that formed the nation-states adopted secularism, in Thailand the royal family held monopoly over symbols of nation and state. In all three countries, modernity and Western-ness became the identity of segments of middle-class groups. Populism surfaced in the 21st century as a backlash against these civilizational projects and tapping into sociological and cultural divisions. These late developing countries did not face the same problems of immigration as in Europe or racial tensions in some Latin American cases but had ethnic and religious minorities that led to intercommunal conflict. This historical and sociocultural context resulted in different manifestation of populism, defining “the people” and “the elite” in civilizational terms and combining exclusionary forms of nationalism or religion with inclusionary policies of redistribution and welfare, that do not directly match with the European and Latin American experiences.

The similarities of populisms in Turkey, India and Thailand in terms of their strategic attributes are perhaps more striking than the civilisation discourses. In all three countries, the populist parties adopted pro-business economic policies that were also dubbed “neo-liberal.” Yet, Indian and Thai populists formed cross-class alliances, similar to the AKP, representing both new business interests and the previously neglected lower classes. Organisationally, the personalistic leadership style of Erdoğan, Modi and Thaksin have been evident in all three countries, as expected of neo-liberal populism. However, all three populist movements also have had relatively strong mass organisations that can be mobilised, like the radical populist variant. As a result of their historically shaped socio-cultural and civilizational conflicts, all three populists’ supporters mobilised to defeat their enemies.

Although this overview shows the need to rethink our approaches to populism as others have also called for looking at other cases, the next steps are not easy to take. As in most comparative work with no regional focus, acquiring in-depth knowledge of countries and global cases of populism, is usually beyond the capabilities of a single individual researcher. This is why it is essential for collaborative projects and research consortiums to expand their geographical focus to include more cases from Asia, the Middle East or Africa. Rather than trying to adapt the cases to the pre-existing typologies of populism, such works should also be open to the idea of reconsidering their definitions if it does not fit the peculiarities of the countries. The rise of populism is not expected to die down any time soon. Academics can help interpret what is happening worldwide only if they can also open their disciplines to different interpretations.

For a longer discussion of this topic, see the author’s recent article in Journal of Contemporary Asia.

Yaprak Gürsoy is a Lecturer in Politics and International Relations at Aston University. Her research in comparative politics also focuses on military interventions and regime change. She is the author of Between Military Rule and Democracy: Regime Consolidation in Greece, Turkey, and Beyond (University of Michigan Press, 2017). Follow here on twitter here: @ygursoy.