The Germans vs. Mario Draghi 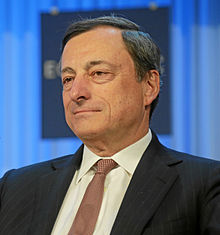 As the stress in financial markets is bound to return, the ECB and its president may run into a severe reputational crisis in the Eurozone’s biggest country. This column looks at the deeper roots of German anti-ECB sentiment.

Stereotypes are back in fashion. The French, allegedly, are not familiar with the hard work it takes to build proper cars or sophisticated machinery. Frugal and relentless Germans are said not to appreciate the good things in life. And the Italians have a soft spot for weak money. Or so the usual predjudices go. The on-going crisis may have prompted Europeans to take a closer look at each other. But that look is increasingly blurred by national, if not nationalistic, biases.

One could dismiss these arguments as minor tensions common in situations of economic strain, tensions that would relax when the economy improves. And hopefully they will. But there may be a more serious problem in the making: The rifts noticeable now may widen to cracks in the Eurozone’s architecture, shaking the very core of the European project: monetary union and its most eminent institution, the European Central Bank (ECB).

Living in Germany, you can’t help but notice the growing discontent with the ECB. Its president Mario Draghi, an Italian, has become a controversial figure. It is worth remembering that when Draghi’s term at the helm of the ECB started he was welcomed by mainstream media. Frequently he was portrayed as a German-style central banker with a credible track record. In interviews back then, Draghi emphasised how much he admired the legacy of the hard-nosed Bundesbank.

Alas, these days are over. The term “Italian-style monetary union” has entered the national debate, implying that the ECB has abandoned monetary prudence and is now embracing an extremely accomodative policy stance that risks to weaken the currency in an Eurozone environment of economic stagnation. Note the faint resonances of Italy’s pre-Euro history: above average inflation resulting in the lira’s exit from the European exchange rate mechanism in 1992 when the Italian economy couldn’t cope with the tough stance of the Bundesbank anymore. Draghi himself, in a recent interview with the magazine Der Spiegel, displayed a certain degree of dissatisfaction with German attitudes towards the ECB.

According to recent Eurobarometer polls, 51 per cent of Germans say they “tend not to trust” the ECB. While these are modest figures compared to other European nations – 80 per cent of Greeks expressed their distrust, to cite an extreme example from the same poll – they are still worryingly high given the good performance of the German economy.

Should conditions deteriorate in the course of this year’s banking stress tests and should the centralbank enter into a mode of full-blown quantitative easing (buying up bonds by the trillions), the ECB may run into a severe reputational crisis in the Eurozone’s biggest country. In fact, as soon as next week the bank may embark on buying up bank loans, as Draghi hinted at the World Economic Forum in Davos last weekend. Deepening mistrust would strengthen Euro seperatists like “Alternative für Deutschland” (Alternative for Germany), a party that wants Germany to exit the Eurozone and only recently won a senior business leader, Hans Olaf Henkel, the former president of the Federation of German Industries, as its most prominent member. Reservations against the ECB also prevail among members of Angela Merkel’s Christian Democratic Party.

To understand today’s ECB-sceptic climate in Germany, it is worthwhile to consider two points: the unique role monetary policy has played in post-war Germany, and the role the Bundesbank plays in the German public today.

With the introduction of the Deutschmark in 1948, West Germany strove to return to the pre-1914 era of stable money. After two monetary break-downs in 1923 and 1945 the concept of “Ordnungspolitik” put the management of money outside of politics. Stable money was to be an unremovable pillar, a central datum that the rest of the economy had to take as a given. Other players – unions, employer associations, the government, not least the parliament – would have to make their decisions without being able to interfere in the conduct of monetary policy. Rules, such as a pre-set growth rate for broad money (M3), should govern, not political interests.

If at all, this type of orthodoxy could only work in an environment of stable financial markets. That is why the Bundesbank was reluctant when it came to liberalising financial markets. Its governors didn’t want to get into a position where they had to choose between price stability and financial stability. This era ended in 1990s when the global tide of financial liberalisation was unstoppable. The series of credit booms and asset price bubbles, that have troubled the world ever since the outbreak of the Asian crisis 1997, can be seen as a lagged proof of Bundesbank orthodoxy.

The world of 2014 is a different place. That’s why the ECB, although it was modelled after the Bundesbank, has to make the difficult choices the Bundesbank never had and never wanted to make. In an Euro area economy overburdened with debt, with no central Euroland government (and parliament) as a complementary institution and national governments tied up in messy tactical games, the centralbank is the sole potent player. No wonder, Mario Draghi felt it was up to him to preserve the Euro area as an entity and pledged the ECB would do “whatever it takes” in the summer of 2012.

In fact, the accusation that the Draghi ECB was stretching its mandate to the extreme and would eventually wreck the currency is somewhat unfair. In recent years all western centralbanks – the Fed, the Bank of England, the Bank of Japan, even the Swiss National Bank – have been pursuing policies that they would have deemed wreckless before the crisis: Expanding their balance sheets to unprecedented sizes, supporting government financing on a massive scale (aka “quantitative easing”), pushing interest rates down to zero for years – all major centralbanks have taken such measures in some fashion. While the jury is still out where these will lead to, one has to admid that the ECB has treaded more carefully than its peers; actually, the size of its balance sheet has been shrinking as it gradually unwinds earlier bond purchases conducted under Draghi’s predessor Jean-Claude Trichet.

Exeptional times may require exeptional steps. Why, then, does the ECB face such a fierce opposition from Germany today?

This leads me to my second point: the role of the Bundesbank. Back in the heyday of the Deutschmark it used to be an institution with a close-to-magical aura. When the Euro started, the magic faded. From the mid-2000s Bundesbank chiefs Axel Weber (now at UBS) and Jens Weidmann, its current president, have worked hard to reestablish and renew the institution’s reputation. Today, it is again a strong voice in the debate. And the soft-spoken but strong-minded Mr. Weidmann has positioned himself as Mr. Draghi’s major opponent, sticking to a distinctly German narrative of monetary policy.

Though he may not intend this, his views resonate well with an increasingly Euro-sceptical public. Whenever they look for diverging views on the ECB’s stance, there’s always the president of the Bundesbank as a crown witness, the modernised embodiment of yet another stereotype: the orthodox German central banker.

1 Response to The Germans vs. Mario Draghi