Posted on February 19, 2015 by Eurocrisis in the Press

Entrepreneurship is vital to growing markets. And across most of Europe, entrepreneurship is lacking. In 2013, the Global Entrepreneurship Monitor found that early stage entrepreneurial activity was less than 6% of the population between the working ages of 18-64 in Greece as well as in the four largest economies in Europe—Germany, France, Italy, and Spain. By contrast, BRIC countries and the United States each ranged between 10%-17% in early state entrepreneurial activity. Early stage activity is defined as either actively setting up a new business or owning and managing a new business for less than 42 months. The paucity of entrepreneurship and substantial investment in innovation among countries in Europe highlights the urgent need for European businesses and governments to work together to develop a new entrepreneurial innovation model to tackle financial deficits, create financial stability, and pull Europe through future crises. This new system can be thought of as an “Entrepreneur-Driven Innovation Ecosystem (EDIE).” 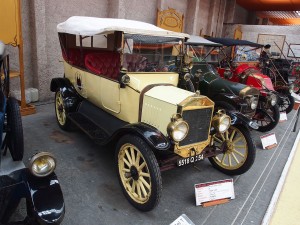 In order to create a greater push of innovation within Europe, the EU needs to shift its core understanding of entrepreneurship away from a profit-driven model and toward a model of dynamic and systemic intervention led by value-seeking entrepreneurs as disruptive change agents. In this ecosystem, entrepreneurs convert ideas into innovations that break open and redefine entire spaces in the economy, enabling existing blue chip corporations to follow into these new and enlarged markets with greater growth expectations. Entrepreneurs as disruptive change agents are different from small business entrepreneurs because they have a different modus operandi: rather than seek merely profit, they actively seek to identify market failures and create value that establishes a new market and overturns existing networks and structures in large enterprises. One classic example is of Henry Ford and his Model T automobile. It was the lower cost, mass-produced version of the automobile, not the invention of the automobile, that upturned the standard mode of transportation of the time, the horse-drawn carriage Europe needs this special breed of entrepreneurs because they help create disruptive innovation and economic resilience by offering new growth potential where old growth has slowed.

Create safe havens for entrepreneurs and venture and crowd capital to give rise to new technologies and applications. To achieve serendipitous collisions of ideas, IP, capital, and talent, policymakers must minimize hierarchical and bureaucratic obstacles that block their flows. Such obstacles to entrepreneurship include high taxes and rigid labour laws. Governments should lower taxes and loosen laws for entrepreneurs to allow for more flexibility in business planning and reduce the financial risk for entrepreneurs and investors to enter into new ventures that have the potential to flourish and lift up the economy. Moreover, safe havens as such can be applied to markets that require an open platform and overlapping networks to promote transactions, informal exchange, and the building of trust.

Introduce an “Innovation Ecosystem Think Tank” to foster and catalyse (a) thought-leadership on European-style entrepreneurship and innovation, (b) a European identity for entrepreneurship, (c) entrepreneurs’/intrapreneurs’ abilities to leverage and manage context, connectedness, and complexity in the ecosystem, (d) momentum in convergent spaces, (e) workforce trajectories that are entrepreneurial or intrapreneurial in nature, and (f) the connections between the EU system and the global innovation economy. Such innovation think tanks can link public servants with research labs, startups, and corporations, to solve the problems of entrepreneurship in Europe. Together, these members of the think tank can aggregate their diverse skills to hypothesize and test ideas for government intervention and experiment before implementing large-scale initiatives to jumpstart entrepreneurialism in European countries. Denmark’s innovation lab, MindLab, is an innovation think tank that engages additional public and private stakeholders including entrepreneurs and professionals to help shape and design public policy to drive innovation and entrepreneurship. As an example of how an innovation ecosystem think tank can work, MindLab worked with highly skilled professionals in Denmark to develop a social network that would create the right incentives for highly skilled workers to stay in Denmark instead of leaving the country.

Develop a tool that visualizes the interaction value in the ecosystem, making the intangible processes visual and transparent. Such a tool allows for optimization of network dynamics among actors and creates incentives to develop more of the right connections. Combined with proof of efficacy and value, the free flow of ideas among individuals with unique expertise that share an ambition for change can serve as a catalyst for change. For instance, in the U.S., where the level of early stage economic activity is 12.7%, innovation labs such as the MIT Media Lab use visualizations to create a nodal network called Macro Connections to connect communities with research data and methods. The tool allows actors to seek out others with similar research in order to facilitate innovation, share information, and pursue collaborations. Such visualization can be created through the innovation ecosystem think tank in a collaborative environment.

Through the combination of safe havens, the think tank, and the visualization tool, policymakers can bring researchers, entrepreneurs, managers, and public servants together to identify opportunities first hand and influence mindset changes for the better across Europe. Trust-based innovation ecosystems, like EDIE, help make economies more immune to drastic economic shocks and financial bubbles, given their innate ability to explore entrepreneurial noise in any business environment. Europe should welcome the entrepreneurial noise leading to emergence of innovation and new growth in its cities, especially now when older centres of economic attention are under pressure.

Special thanks to Stella Tran, Faculty Aide at Harvard University Extension, for the research conducted.

Dr. Olaf Groth is Global Professor and Global Discipline Lead for Strategy, Innovation & Economics at HULT International Business School teaching across its global network of campuses. He is a Visiting Scholar for Innovation Strategy and Policy at the University of California Berkeley Roundtable on the International Economy (BRIE), and a Fellow for Competitiveness at Grenoble École de Management. He is also Managing Director and Founder of Emergent Frontiers Group, which counsels corporate and government executives, as well as private equity investors on global innovation trends, strategy, systems and organizational design.

This entry was posted in Europe and tagged Entrepreneurship, Euro crisis, innovation economy. Bookmark the permalink.