Support for the Front National in France has risen in recent months, with some polls suggesting that the party might receive the highest share of the national vote in next year’s European Parliament elections. Aurélien Mondon writes that while the Front National has attempted to reshape its image as a normal, mainstream part of the French party system, it still retains many of the hallmarks of an extreme right-wing party. He argues that most of the changes which have taken place within the Front National are limited and opportunistic, and that the party should still be treated with caution.

Marine Le Pen, the leader of the Front National in France, recently threatened to sue anyone who labelled her party as “extreme right”. This is interesting in many respects, most notably because it demonstrates the new-found confidence of a party increasingly portrayed as a normal, “democratic”, “republican” contender in the French political landscape.

Today, the Le Pens’ legitimisation strategy is commonly promoted beyond the party. It is implicitly accepted within mainstream politics and the media, but also increasingly within sections of academia – despite a large body of evidence suggesting the need for caution. I recently participated in debates where it was argued that the Front National should no longer be classified as extreme right, and that it has become harder to claim that it is even right-wing. A non-specialist on the questions even declared, without irony, that the Front National was today more a mix of nationalism and socialism, and therefore neither left nor right, unwittingly reviving an old debate in fascist studies.

Yet just like its far right predecessors, the handful of social measures in the Front National’s programme do not mean that it is leftist, let alone an alternative to a “market economy”. This state of things is worrying; the narrative of moderation contradicts many of the Front National’s positions.

The revoked candidates: tip of the iceberg?

Recent events have shown that many in the Front National believe in the crudest racist stereotypes, beliefs for which the party has been famous for more than 40 years. In October, a candidate in the municipal elections compared France’s minister of justice Christiane Taubira to a monkey on her Facebook account. Anne-Sophie Leclère claims she is not a racist (“some of [her] friends are black”), but footage has surfaced in which she confides that she would rather see Taubira on the branch of a tree than in the government.

Last week, another candidate was suspended from the party for taking an active part in a gathering against Taubira, where children yelled “monkey, eat your banana!” According to some insiders, such ideas are not held by a minority in the party. Last month, a further candidate withdrew from both the municipal race and the Front National, expressing her disgust at the racism and homophobia within her local branch. And last week, a former UMP candidate asked for his reintegration into the centre-right party six months after joining the Front National, denouncing it as a “non-republican, sectarian and dictatorial party”.

These controversies were denounced by the Front National as part of a conspiracy against their party. Possible, although the Facebook comments of many other candidates would suggest otherwise, and would point instead to the prevalence and public acceptance of crude racism beyond the elite of the party.

If anything, these incidents have shown up the double standards applied by Le Pen, and her prejudice against parts of the population. After the Montauban and Toulouse shootings in March 2012, Marine Le Pen was quick to jump to generalising and stigmatising conclusions, warning the French (a month before the presidential election) that “the risk of fundamentalism [had] been underestimated in France” – and asking, “How many Mohamed Merahs are in the boats full of immigrants that land in France?”

While Le Pen felt the actions of one person were enough to stigmatise an entire community, she declared that those within her party who had made such racist comments were only bad apples and that a whole party should not be judged on the actions of a minority. For Le Pen, it was a scandal that such events, which she described as “not serious” and “the responsibility of individuals”, were so prominent in the news. She detected a conspiracy: “The system is scared, it is panicking, it is losing its feet.”

News today often reports that the racist behaviour of some members is jeopardising the anti-demonisation strategy of the Front National, as if the leadership had reneged on its past or that it no longer listened to its rank-and-file (ironic for the self-designated “voice of the people”). Yet this would mean ignoring the careful political strategy put in place by the party in the past 20 years to regain legitimacy, while keeping much of its roots intact.

Through what former FN deputy leader Bruno Mégret called a “vocabulary struggle”, the Front National has managed to slowly rework its strategy to appeal to the basest instincts of the French population without risking being branded as racists. To achieve this, the FN has instead used a new form of racism, a racism without race. As I have discussed at more length elsewhere, while not racist in the traditional biological sense, this “neo-racism” rests on the same essentialising tenets – yet offers one main advantage: it allows for the transformation of traditional forms of racism into new forms of exclusion, less likely to lead to legal prosecution and/or political discredit.

In neo-racist rhetoric, contemporary exclusion is no longer based on natural superiorities and inferiorities, but on a different form of inequality: the innate and indelible incompatibility of cultures. Therefore, under a thin veneer of tolerance, neo-racists can express anti-immigrant sentiment based on the same innate and generalising elements central to traditional types of racism.

During her presidential campaign, Le Pen made it increasingly clear that her moderate stance was little more than a façade. Early on, she set off a firestorm by claiming that 100 per cent of the meat sold around Paris was halal. While she never divulged the proof she claimed to hold, this added to the stigma attached to the Muslim population – in much the same manner anti-Semites created suspicions about the Jewish community in the first half of the twentieth century. Le Pen has long played on the belief that Islam is insidiously taking over France; her halal slander introduced the idea that Muslims had already colonised French plates, imposing their religious practice on our daily habits.

To counter this “invasion”, Le Pen stated in an authoritarian manner that with her election “street prayers… would come to an end” and that, if she was elected, “intégristes” would face for the first time in decades “an extremely determined power”. Here again, she conflated various elements of Islam in a one-size-fits-all demonisation of anyone associated with the religion in any way. While the link is never explicitly stated, relatively innocuous or rare occurrences such as halal food, street prayers and mosques all eventually lead to extremist Islam.

In September 2012, this invasion scare was reiterated by her father, who declared during the party’s conference that the presence of ‘two hundred million Muslims at our doors, south of the Mediterranean, is a serious threat’. This time, it was no longer extremists within the Muslim community who were a threat, but Muslims in general – innately unable to adapt, and all a potential threat to our society.

We are the Front National, but we’re not, but we are

The changes within the Front National, while real, are limited and opportunistic, and the party should still be regarded with the utmost caution. If Marine Le Pen was truly eager to break away from the tradition established by her father and a neo-fascist organisation, she could have gone her own way – or at the very least changed the party’s name, as some of her supporters suggested.

Why not remove her father from the new organisation, instead of providing him with a platform as honorary president, from which he can continue making the crudest insinuations? This has yet to happen, casting further doubt about the party’s real wish to break away from its extreme right origins, traditions and ideology.

Whoever wins this week’s Italian elections, it is unlikely that they will put an end to the ‘telecracy’ begun by Silvio Berlusconi. 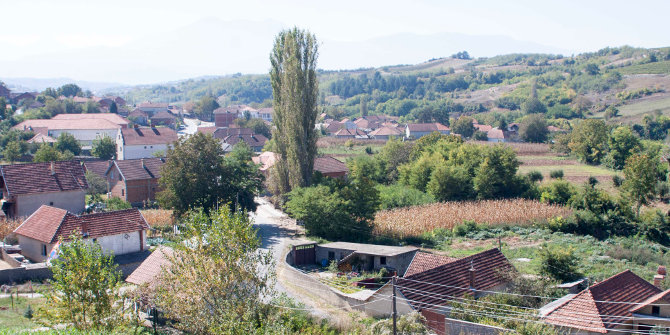