The next European Parliament elections will take place in May 2014. Laura Sudulich writes on the role that campaign spending and electoral systems have on the outcomes of European elections. She finds that, in line with expectations, candidates who spend more on campaigning are more likely to be elected. She notes, however, that the overall advantage is modest and that the electoral system in which candidates operate is essential for explaining how involved they are in campaigning for votes.

European Parliament elections provide candidates with few incentives to engage in campaigning, given the preponderance of electoral systems which do not emphasise candidates’ individual performances and that the media and voters are generally disinterested in the elections. That said, research suggests that candidates campaign intensively and invest considerable amounts of resources into their campaigns. Are these campaign activities merely symbolic, or do campaigns matter for candidates’ chances of winning a seat?  Can we expect differences between contexts where voters can opt for individual candidates as opposed to those employing closed list systems?

While empirical studies addressing the effectiveness of campaigning in national elections abound, very little is known about European Parliament electoral competitions. Using candidates’ self-reported spending as a proxy for campaign resources – based on data from the 2009 European Election Candidate Study (EECS) – I have explored campaign expenditures as a means of addressing these questions in work with Matthew Wall and David Farrell. For national-level elections, empirical research consistently indicates that candidates’ campaign investments impact their likelihood of success. In other words, money spent for campaign purposes helps win votes.

Descriptive figures from the EECS show that in the 2009 European Parliament elections the average candidate reported spending just over €18,000 on campaigning, but candidates who had a serious chance of winning the election had significantly higher levels of expenditure. Figure 1 depicts the interquartile ranges, means and medians of self-reported campaign spending by election outcome. The difference in expenditure between winners and losers is stark: the average reported spending for victorious candidates was €60,693, while it was only €14,337 for unsuccessful candidates.

Figure1: Box plots with means of campaign spending by election outcome in the 2009 European Parliament elections 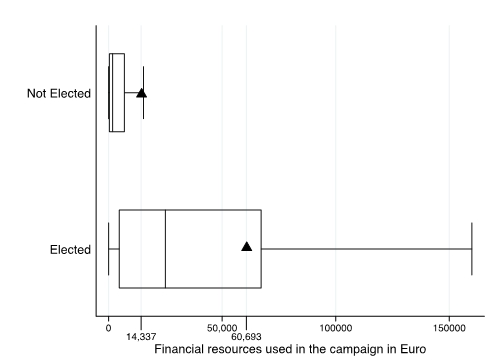 Clearly, there is a strong positive correlation between spending and winning. However, this may simply show that expenditure is correlated with candidates’ pre-campaign probabilities of winning a seat. Incumbent and serious candidates, as well as candidates from large parties, spend more money on campaigning than small party candidates. To further explore the relationship between individual campaigns and the likelihood of electoral success among EECS respondents, we performed a series of multivariate analytical tests – controlling for other factors that are likely to impact electoral success.

Our findings indicate that campaign spending is positively related to electoral success, even in the context of European Parliament elections. Results also reveal that the effect of spending on one’s chances of success is small in scale. Moving from the average reported spend to the maximum reported spend is connected to a 9 per cent increase in a candidate’s predicted likelihood of being elected. As one might expect, a far more significant predictor of success is a candidate’s position on the party list relative to the anticipated electoral size of the party.

Data from the 2009 elections also inform our expectations on how electoral institutions play a role in determining candidates’ fortunes. While European Parliament elections must be based on proportional representation, different national electoral systems achieve this. Some of the largest member states, such as Britain, France, Germany and Spain, use closed list electoral systems in European Parliament elections. Under these systems, the candidate’s electoral fate is determined entirely by how well the party does. All votes accrue to the party, and voters cannot change the party list order. The only way that closed list candidates can influence their chance of winning a seat is indirectly, by improving the national performance of their party.

‘Ordered’ list systems operate in EP elections in other states, such as the Netherlands, Austria, and Slovenia. Under these systems, voters are presented with pre-ordered lists of candidates and can either vote for the party or give individualised support to a particular candidate. However, candidates need a relatively high proportion of personal votes to change their place on the party list order. In practice then, ‘closed’ and ‘ordered’ list systems have similar effects in terms of the (low) incentives which they offer candidates and they can both be considered as party-based systems.

By contrast, ‘open’ list systems – such as those used in Finland, Italy and Luxembourg for EP elections – provide candidates with strong incentives to seek a personal vote. Under these systems, while the party’s overall vote share is still highly significant to the candidate’s chances of winning a seat, candidates can nevertheless expect that their campaign activities may improve their personal chances of being elected. Proportional representation by single transferable vote (PR-STV), which pools votes at the candidate level (used in Ireland, Northern Ireland and Malta), also promotes high levels of individual candidate activity and, together with open list-systems, it can be considered as candidate-based.

These differences in the ballot structure would suggest differential effects on individual candidates’ campaign activities and electoral outputs. However, our empirical analysis shows that campaign expenditure is positively related to electoral success under both party-based and candidate-based systems. Whatever the electoral system, campaign efforts on the part of individual candidates matter in winning votes. Electoral campaigns, including those for the European Parliament, serve a multiplicity of purposes – from informing the electorate of a party’s programme to reinforcing ties with members and voters – but their core goal lies in making electoral gains. While the effect of campaign expenditures on one’s overall probability of winning a seat is modest in magnitude, individual candidates running for the May 2014 elections are likely to be rewarded if they actively engage in campaigning. 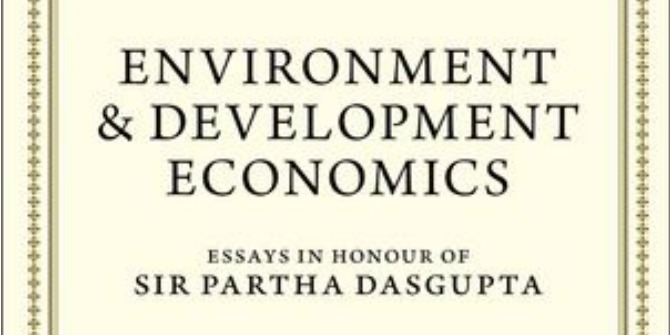